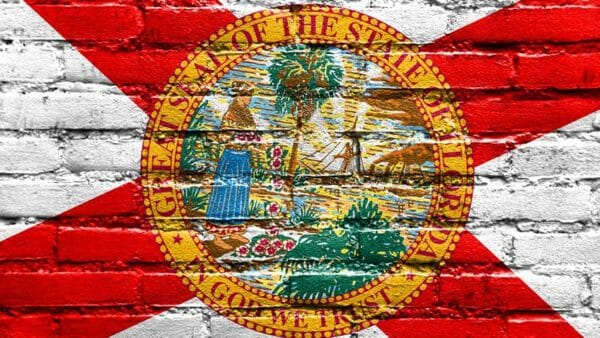 The NRA's efforts to vindicate the Second Amendment rights of young adults in Florida has hit an important milestone. IMG NRA-ILAU.S.A. -(AmmoLand.com)- NRA's effort to vindicate the Second Amendment rights of young adults in Florida in the case of NRA v. Swearingen has passed an important milestone. On Friday, May 1, the Chief U.S. District Judge for the Northern District of Florida Mark E. Walker denied almost all of the state's motion to dismiss, allowing the case to move forward. Citing the relevant caselaw, Walker noted that NRA's complaint “contains ‘enough facts to state a claim to relief that is plausible on its face.” In March 2018, Florida enacted SB 7026, which prohibited young adults ages 18-20-years-old from purchasing any firearm from a Federal Firearms Licensee or any other source. Those found in violation of the law are subject to up to 5 years imprisonment and up to a $5,000 fine. The same day the legislation was signed by the governor, NRA filed suit to declare the new prohibition unconstitutional. In the past, the federal courts have upheld 18 U.S.C. 922(b)(1), which prohibits young adults ages 18-20 from purchasing handguns from licensed gun dealers. However, Florida's ban is a far greater infringement on Second Amendment rights in that it prohibits young adults ages 18-20 from purchasing rifles, shotguns, or handguns from any source. In its initial complaint, NRA made clear that Florida's age restriction violated the U.S. Constitution on multiple counts. First, NRA noted that the ban was unconstitutional on its face – as the “ban infringes upon, and imposes an impermissible burden upon, the Second Amendment rights​.” Second, the complaint made clear that the new prohibition was an unconstitutional violation of the Second Amendment as applied to young women ages 18-20, who, as a cohort, are responsible for a minuscule percentage of overall violent crime. Counts three and four presented facial and as-applied challenges to the ban as a violation of the Fourteenth Amendment right to equal protection under the law, as the prohibition treats adults under the age of 21 differently than those 21 and older. Again, the complaint noted that the law cannot be constitutional as applied to young women ages 18-20 due to their demonstrated lack of propensity for violence. In denying the state's motion to dismiss, Walker explained that in regards to the Second Amendment counts, The crux of Plaintiffs’ Second Amendment Claims is that [the age restriction] completely bars 18-to-20-year olds from acquiring a firearm by purchase and therefore impermissibly infringes on their Second Amendment rights. This Court concludes that the Plaintiffs have plausibly alleged that [the age restriction] is unconstitutional either on its face or as applied to Plaintiffs. Likewise, addressing the Fourteenth Amendment claims, Walker noted, “Plaintiffs argue [the age restriction] violates the Equal Protection Clause because it treats 18-to-20-year-olds differently from other adults. This Court’s ​analysis of the Plaintiffs’ Equal Protection claims will be intertwined with its analysis of the Plaintiffs’ Second Amendment claims​… Because Plaintiffs have plausibly alleged that [the age restriction] impermissibly interferes with the exercise of their fundamental Second Amendment rights, this Court similarly finds that Plaintiffs have plausibly alleged that [the age restriction] violates the Equal Protection Clause either on its face or as applied to Plaintiffs.” With this latest hurdle out of the way, NRA looks forward to the court addressing the merits of this vital case. Young adults ages 18-20 are considered adults for almost all purposes, including eligibility to serve in the U.S. armed forces, and should be afforded the same rights as all other law-abiding adults.

About NRA-ILA: Established in 1975, the Institute for Legislative Action (ILA) is the “lobbying” arm of the National Rifle Association of America. ILA is responsible for preserving the right of all law-abiding individuals in the legislative, political, and legal arenas, to purchase, possess and use firearms for legitimate purposes as guaranteed by the Second Amendment to the U.S. Constitution. Visit: www.nra.org