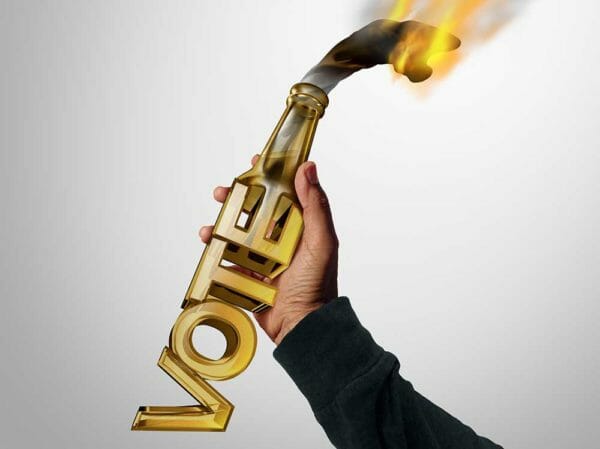 Pelosi Would Love to Use COVID-relief to Help Elect More Anti-Gun Democrats ~ VIDEO iStockUSA – -(AmmoLand.com)- Democrat House Speaker Nancy Pelosi just launched her new effort to eke political advantage from human suffering. Her eighteen-hundred-page bill is the Democrats’ opening bid in an effort to produce a fifth COVID-19 relief package. The bill, which is still unnumbered, would cost the American taxpayer over three trillion dollars and will shower money on gun-grabbing governors like Andrew Cuomo of New York, Gavin Newsom of California, and Gretchen Witmer of Michigan. Rather than trying to sneak through small anti-gun changes, we believe Pelosi’s anti-gun strategy is more subtle — and more dangerous. Pelosi’s minions have already taken up Universal Gun Registries, magazine bans, and semi-automatic bans. Recently, 24 state attorneys general sent a letter to Senate leaders, urging them to immediately push through a Red Flag gun ban. Thankfully, these gun control initiatives are being blocked — either by House Republicans or by Senate Republicans. They can’t pass unless the White House changes hands — and/or anti-gun Democrats take control of the Senate. Rigging The Elections To Get Dem-Sponsored Gun Control Pelosi’s plan is to inject so much fraud into the November election that pro-gun legislators will be swept out of power. She plans to do this by rigging the election rules in order to encourage widespread ballot fraud in November — a circumstance which Democrats believe would sweep an anti-gun coalition into control of all three branches of government. Specifically, Pelosi is pushing for a large pot of money (estimated at billions of dollars) to bribe states to: Mail-In Ballots And Massive Fraud In California Consider this: California has “mail-in” and “drop-off” ballots which can be counted, even if received a week after the election. Four pro-gun Republican seats in Southern California went from “red” to “blue” in the last House election as a result of fraud associated with that system. Political hacks — in some cases, illegal aliens — were hired by the Democrat Party to go from door to door and “pick up” ballots which would, supposedly, be turned into polling places in large bundles. What could go wrong there? No verification was allowed. And this created a situation where a Republican House candidate who was well ahead on election night watched his lead evaporate as Democrats produced “just enough” mail-in ballots to defeat him over the next week. Mail-In Ballots And Massive Fraud In Nevada Under Nevada’s “early voting” system, large numbers of workers on the Las Vegas Strip are herded into a room, where they are required to fill in their ballots under the watchful eye of union officials. Not surprisingly, Nevada, in a short period, turned from a “red” state into a “blue” state. In fact, you can hear the dangers of “mail-in” ballots firsthand from GOA’s interview on GunGuyTV — or click on the picture above.
https://www.youtube.com/embed/kVE8w8kHtTU
This isn’t the first time Pelosi has played this game. She took a one trillion dollar effort to help unemployed Americans and struggling businesses and turned it into a $2.2 trillion package that funded things like Kennedy Center and National Public Radio. For two weeks, Pelosi stalled the $250 billion bill to refill the struggling business fund — so that she could swell that legislation to $465 billion. But tampering with the election process takes Pelosi’s game to a whole new level. Now, she’s not only throwing away trillions of dollars to her allies and cronies, but she is also seeking to undermine the very pillars of our system of government. The reason Pelosi plays this game is simple: It works. She knows that her political opponents give in to many of her demands. And, in the meantime, television networks which are little more than Democrat campaign organs, heap praise on Pelosi and contempt on her political opponents. But, as her demands become more voracious, we cannot allow GOP senators to give in to her demands. If Pelosi gets to set the election rules, there will soon be no pro-gunners left to resist her. In liberty, Michael Hammond
Legislative Counsel
Gun Owners of America P.S. Please distribute this alert to encourage your pro-gun family and friends. Let them know that with their support, grassroots organizations can make a huge difference!

Gun Owners of America spokespeople are available for interviews. Gun Owners of America is a nonprofit lobbying organization dedicated to protecting the right to keep and bear arms without compromise. GOA represents over two million members and activists. For more information, visit GOA's Press Center.