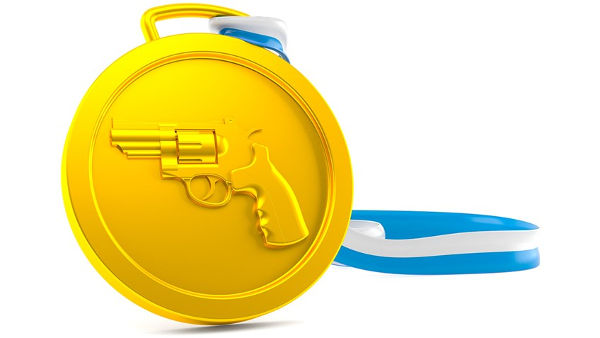 Second Amendment Wins of the WeekUSA – -(AmmoLand.com)- With so much happening for patriots these days. AmmoLand News wants to leave you with some highlights or wins on the battleground for 2A rights, and a few other patriot efforts,,, with our Friday round-up of Second Amendment Wins-of-the-Week. Please share this page or these wins on your social media and help red pill your friends and family. Oregon City Approves Pro-Gun Resolution: “The Baker City Council approved a resolution Tuesday, May 25 that declares the city a Second Amendment sanctuary and states that the council opposes “any legislation that would infringe upon the rights of the People to keep and bear arms.”” Texas “Constitutional Carry” bill heads to Gov. Greg Abbott’s Desk: “A measure long sought by conservative activists allowing Texans to carry handguns without a license is on the cusp of becoming law after the Texas Senate approved a compromise on the bill Monday, sending it to Gov. Greg Abbott.” MT State Supreme Court Declines To Take Up ‘Constitutional Carry’ Challenge: “Parties in two separate lawsuits challenging the Legislature’s “constitutional carry” law on college campuses will be refiling their complaints in district court, following the Montana Supreme Court’s dismissal of both petitions on Wednesday.” PA: Wyoming County Commissioners Vote 2-1 To Declare County Second Amendment Sanctuary: “The Wyoming County Commissioners have voted in favor of declaring the county a Second Amendment Sanctuary. It’s a proclamation that shows the county’s support for second amendment rights.” Lee’s Signature Makes Tennessee A Second Amendment Sanctuary: “Tennessee Gov. Bill Lee signed a bill Wednesday that makes the state a Second Amendment sanctuary.” Gaetz: Second Amendment About Waging ‘Armed Rebellion’ If Necessary: “Rep. Matt Gaetz told an audience in Georgia on Thursday that the purpose of the Second Amendment is to “maintain an armed rebellion against the government if that becomes necessary.” Armed Teacher Thwarts Kidnapping At Utah Elementary School: “Ira Cox-Berry, 41, approached and grabbed a student, an 11-year-old girl, who was playing on the playground, police said. Cox-Berry allegedly pulled the girl away as if he was trying to leave with her, but a school employee approached…” Texas Senate Has Passed HB 957 Exempting Texas-Made Suppressors From NFA Regulation: “The bill would repeal the state law criminalizing suppressor manufacture or possession outside of regulation under the National Firearms Act.” Glock Wins (And Biden Loses) In Major Liability Suit: “In a little-noticed decision with a major impact on the firearms industry, a federal judge in Arizona has ruled in favor of pistol manufacturer Glock and dismissed a suit brought by the Brady Campaign to Prevent Gun Violence…” These are just a few of the best wins of the week. Did we miss some? Include your Second Amendment Wins of the Week in the comments below.