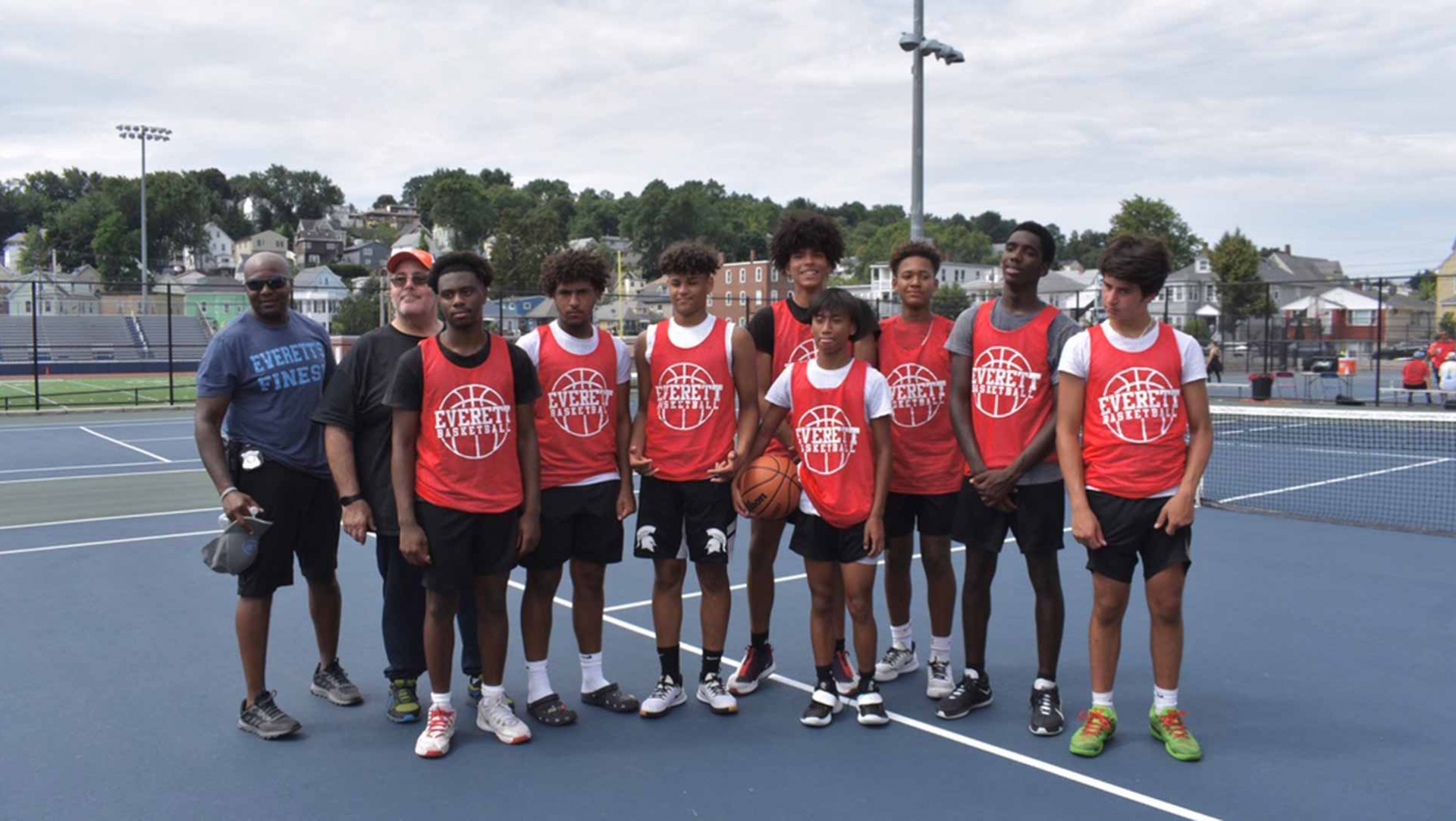 Teens, youth service volunteers and law enforcement officers in the Metro Boston area came together for their 12th annual basketball tournament to reduce crime and gang violence. This year’s Shannon Grant Basketball Tournament, held on Aug. 15, consisted of teams from Everett, Malden, Somerville, Revere and Winthrop. The teams competed in basketball games and three-point contest to show solidarity between youth and law enforcement and combat crime in the area. The tournament, which took place in Revere’s Harry Della Russo Stadium, also included a cookout, a pizza, a mobile vaccination site, recognition from state officials and a visit from Malden Mayor Gary Christenson. This year, Revere brought home the championship. Revere Mayor Brian Arrigo said, “We were honored to be able to host this year’s event and even more proud of our team for bringing home the win this year. Any time we are able to have youth participate with police in athletic competition or other relationship-building opportunities is a win for our city. Everyone is equal on the court: it’s all about who scores the most baskets.”  According to a press release by the Metropolitan Area Planning Council, the tournament is run by the Metro Mayors Coalition, an organization of cities and towns in the Boston Metro area that work on solving regional problems. Since 2009, the tournament has provided a way to bring local law enforcement and youth together to prevent crime. The program began with the state-funded Metro Mayors Shannon Grant Community Safety Initiative, which aims to promote regional solutions to gang violence focusing on prevention and intervention. Sen. Joseph Boncore (D-Winthrop), the sponsor for the event in the Senate, is proud of its accomplishments over the years. “For the past 15 years, the Shannon Grant Program has played a significant role in the decline of youth gang violence across the Commonwealth. It makes me proud to see local teens, youth services workers and law enforcement officials join for the 12th year in harmony to support teens in our community who face the dangers of gang violence every day.” Boncore said the event shows how important law enforcement is for communities. “This annual event is a representation of the influence that law enforcement can have in building a foundation of trust and unity in our communities. I am pleased to see the Commonwealth make the right choice every year by continuing to invest in our youth and their future,” he added. Rep. Adrian Madaro also praised the efforts of the program.  “The Shannon Grant addresses the leading causes of gang involvement and offers young people alternative pathways. The Shannon Grant plays a critical role in giving youth the opportunity to thrive by funding social intervention and community support.  I’m proud that we’ve been able to secure more funding for the Shannon Grant each year, and I look forward to seeing greater investment in our youth.” “Annual events like the Shannon Tournament help to bring police and youth together in a comfortable way that allows those relationships to be forged,” said Metro Mayors Coalition Chair Joseph Curtatone.