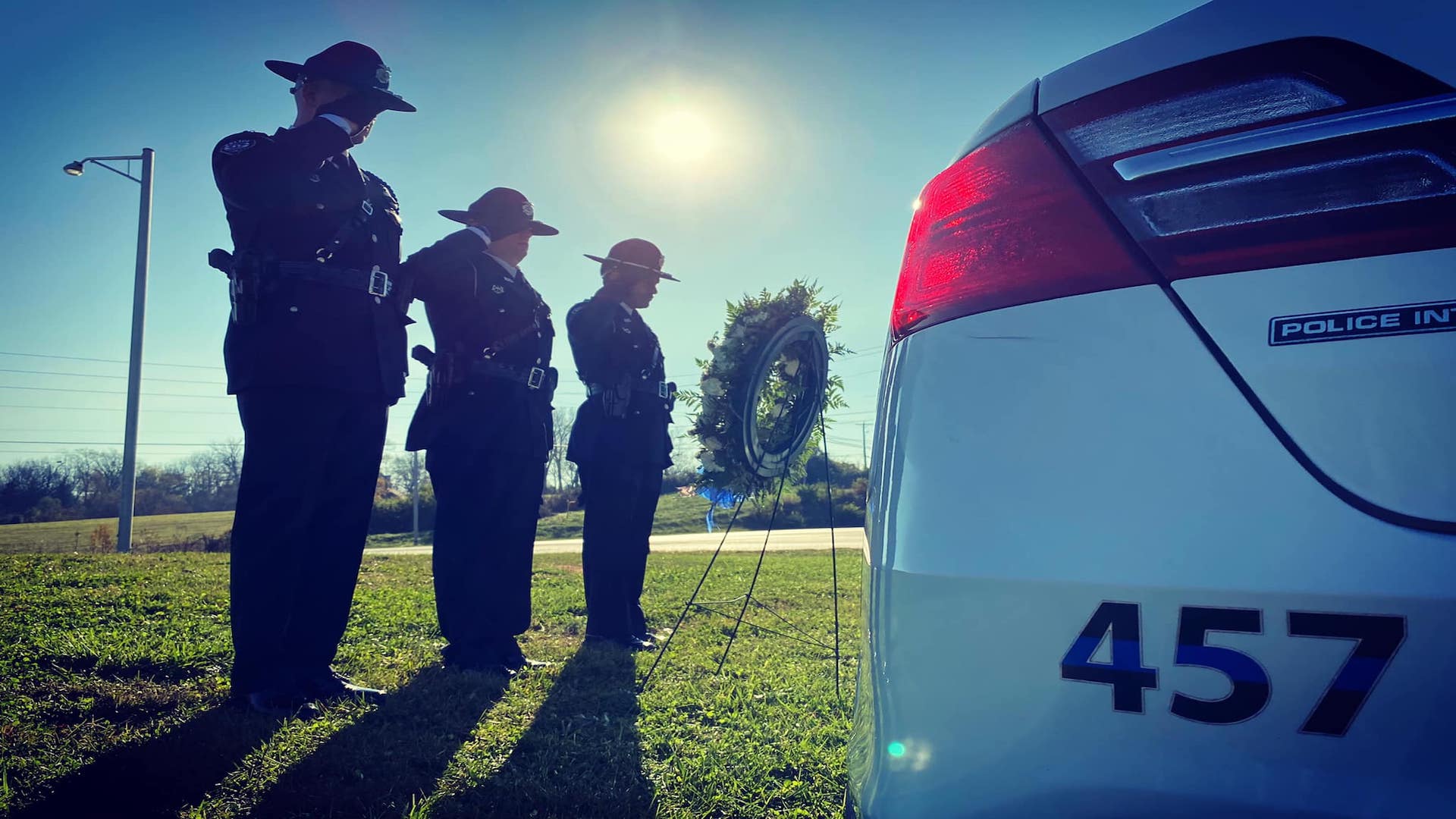 Richmond Police Department The Richmond Police Department recently held a ceremony to pay their respects to fallen Officer Daniel Ellis, who was fatally shot back in 2015. The RPD doesn’t forget its fallen. In an annual ceremony to remember Daniel Ellis, community members and law enforcement colleagues came together to lay wreathes in front of his patrol car and participate in a moment of silence. Ellis was 33 years of age when he was shot in the head on Nov. 6, 2015. He died two days after. The Kentucky officer was ambushed while searching an apartment for a robbery suspect. Now, Ellis’ patrol car is a constant reminder of his heroism. Ellis’ widow, Katie Ellis DeSimone, said the emotions were still raw. “Honestly, it seems like yesterday. But then it also seems like a lifetime ago, so I wasn’t really sure how I was going to feel coming out here. Anytime the police car is in front of this station it zaps you right back to that moment,” she told WTVQ 36. “Wounds heal, but scars never go away,” said DeSimone, “the mark people have on your life, it never disappears. You just learn to live with the grief. We’ll always miss him, we’ll always love him, and he was a huge part of my life,” she continued. DeSimone expressed her gratitude for the community’s support for her and her son Luke, who was three at the time of his Ellis’ death. He is now nine. Richmond Police Chief Rodney Richardson worked with Ellis for five years. “He was the ideal police officer. He treated people with respect. We hear people say ‘all I want is for police officers to be treated right.’ He was that guy. He treated people the right way, and they remember that,” Richardson said. The Chief said the ceremony is an opportunity for officers to pay their respect and acknowledge the fallen. “I don’t think it gets any easier. I think it’s a good opportunity for officers to pay their respects to him,” he said. An annual 5K run in memory of Ellis was also held on Nov. 6 at White Hall State Park.

Re: Richmond Police Department holds ceremony in honor of fallen officer who was fatally shot six years ago

He will be remembered..Thanks for sharing this.
Top
Post Reply Previous topicNext topic
2 posts • Page 1 of 1