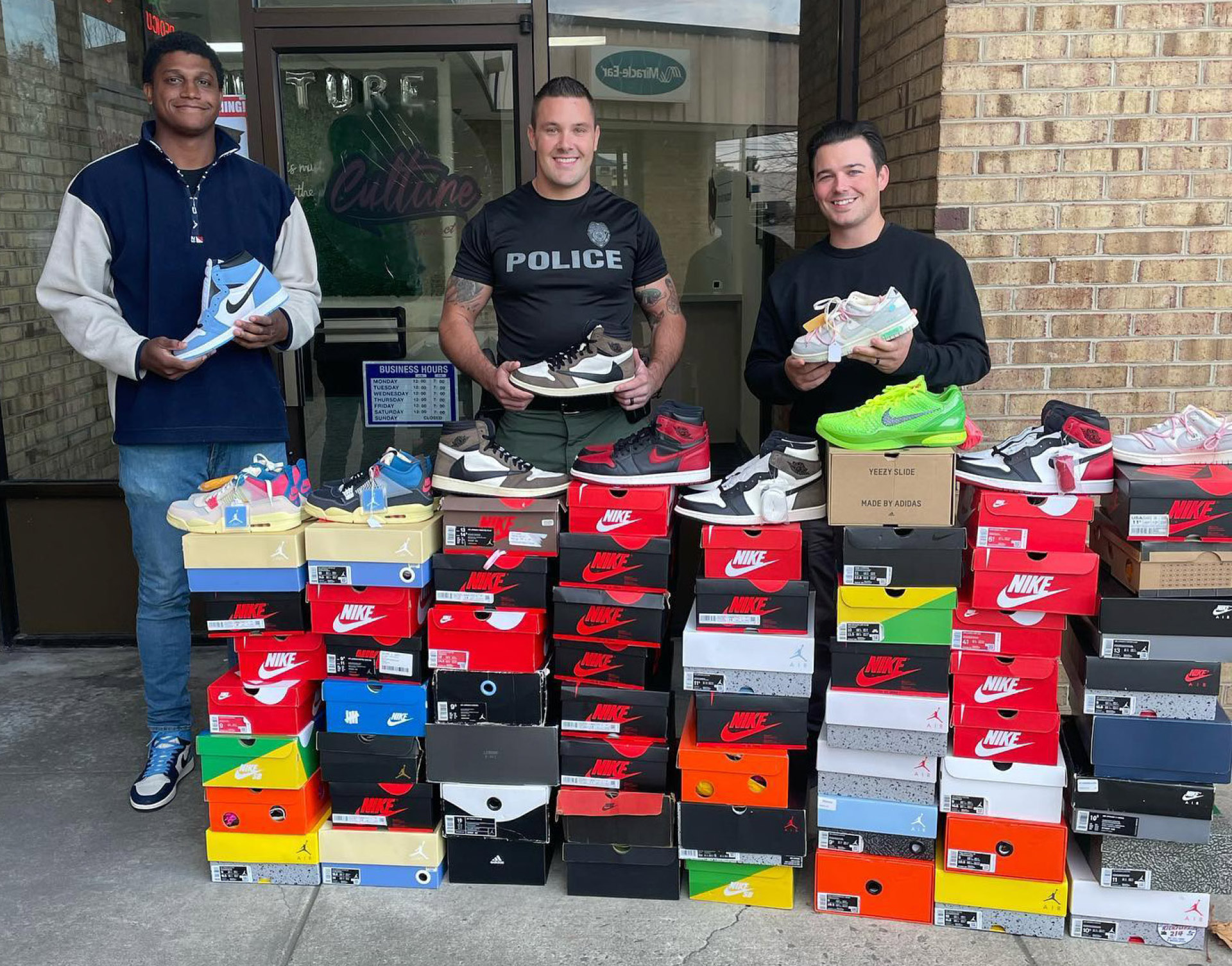 Lynchburg Police Department A Lynchburg police officer helped keep a local store in business after tracking down some expensive stolen shoes and returning the missing merchandise to the business following a robbery. On Nov. 2, Officer Garrett Waterman responded to a break-in at Culture Connect, where he found windows smashed in and a lot of missing goods, including dozens of pairs of shoes, police said. Waterman told Morningline that a “high-dollar” amount of shoes and clothes were missing; some money was stolen from the cash register as well. Waterman was able to track down the thieves with the help of security footage who were headed to Greensboro, North Carolina. After calling several shoe stores in the area asking if they saw the suspects, one store in a Greensboro mall said three individuals tried to sell them over 50 pairs of shoes. Greensboro police were then able to arrest the thieves. Culture Connect owner Tevin Franklin was able to confirm that the shoes belonged to him and retrieve them. In total, he reclaimed about half of the missing shoes. Franklin told police that the shoes made up the majority of his inventory, and without them would not have been able to keep his business running.