Gun Gear Buy Once, Cry Once – Quality is Cheaper in the Long Haul & Can Save a Life

Gun Gear Buy Once, Cry Once – Quality is Cheaper in the Long Haul & Can Save a Life

Disclosure: Some of the links below are affiliate links, meaning at no additional cost to you, Ammoland will earn a commission if you click through and make a purchase. Opinion: Gunsmith, Michael Ware gives us a living example of why quality beats bargain every time, this time in CAT2 Tourniquets. 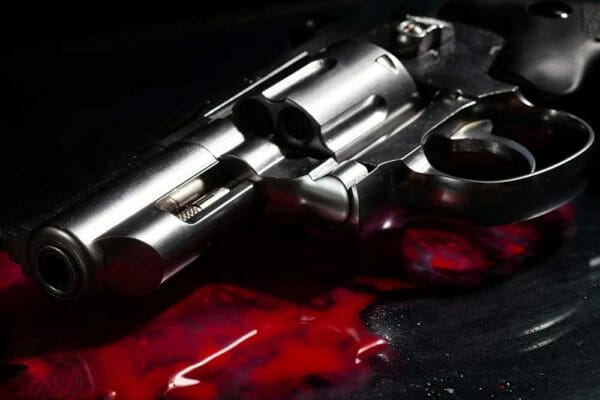 Quality is Cheaper in the Long Haul & Can Save a Life – iStock-Denis83USA – -(AmmoLand.com)- You can’t travel a gun forum without hearing, “buy once, cry once” at some point.  There was a long time that I didn’t actually understand what the hell that even meant in a true sense.  In fact, it often irritated me, as it was the default post response to any question about what a person should or shouldn’t buy. But, as much as I hate handing over the internet in all its splendor to the keyboard commandos, and conceding the defeat of all that is righteous in the cyber world, those guys are typically right.  It doesn’t matter that they posted that from shear spite after they punched a hole in their grandma’s basement wall when that little nugget was dropped on them, they’re still right. Sometime I’ll have to tell you the story about an AK74 I just built up for a customer who saved $20 on a receiver, only to cough up an additional $1000 in labor over and above the normal costs, all stemming from the out of spec receiver and parts he provided.  Save $20, spend $1000… Uhhh, nope, deal-breaker. I’ll give you an example of life or death you should all know and adhere to.  What about tourniquet use? There is a tremendous emphasis on the “Stop the Bleed” campaigns out there.  When people leak out, you can’t push it back in. There is a lot of common sense associated with stopping blood loss as a first responder and having vital bleeding control components in proximity at any given time. I buy tons of stuff on Amazon.  If I can’t buy it locally in the small town near my shop and home, or within a 20-minute ride from the spot I’m writing this article, I have it shipped in.  …And I approached tourniquets no differently. My big mistake was not being a discerning shopper. I figured “all tourniquets were pretty much the same, so why spend a ton of money on them?”  Wow, was I wrong? I started searching for a CAT tourniquet.  C-A-T (Combat Application Tourniquet) is the official unit I was looking for.  I found several of them from various sources.  Some were $30 and some were $13. It didn’t take too long to figure out the cheaper ones were what you and I would call “knock-offs” in the traditional sense.  But this is a piece of nylon, right? So, what makes one better or worse than another, right? I bought a half dozen of the cheap units. I stocked my contingency packs with a couple each and kept one in the house and one in the shop.  I’m good right?
https://www.youtube.com/embed/niShoAaThsk
Fast forward to a little soiree we held in my shop on a Saturday afternoon.  Some smoked chicken wings with cayenne rub, a few pheasant poppers, and a couple of barley pops into the conversation and one of the guys was talking about tourniquets and new techniques being used by the military.  One of the guys challenged another to lie down on the ground and in a timely fashion deploy and cinch a tourniquet expediently. I broke one out and handed it to the young man. He did a really fine job until I took his pulse below the tourniquet.  I said, “Nice job, but you’re still bleeding out. It isn’t tight enough.” He handed to me with the kind of colorful language you can imagine comes from being criticized by a guy like me, and I put it over my arm up the pit and cinched it down. He couldn’t find my pulse. …Then came the challenge.  “How tight can you make it without crying like a girl?”  Of course, I didn’t want to wimp out, but frankly, I wondered if I took it another half turn if I could stand it.  When a tourniquet is on effectively, they don’t feel great. But you’d better trade the pain for blood, literally. As any red-blooded idiot, I went to give it another turn and guess what?  It snapped. No joke. That cheap piece of garbage I populated into my life-saving bag, broke. The little shop went silent, and one guy muttered, “Holy #$&%…” Sure, there were a couple of the standard one-liners you can expect from a crowd like that, “See Michael, this is why we can’t have nice things” and so on.  Despite the humor, I was really put off. The idea that I’d saved a few bucks, but purchased something that will ultimately allow someone to potentially die, was a truly shocking revelation for me.  After everyone left, I got on MyMedic.com where I knew I could find the ‘good stuff’ and bought six bleed stopper packs.  It cost me some money, and I hope it saves a life at some point. You can apply this ideology to just about anything.  I’ve watched guys spend $2 on an eBay AR-15 flash hider because they were too cheap to buy a genuine one for $4!!?  I’ve watched that same pot metal junk airsoft flash hider, quite literally, explode at the range because it wasn’t worth a pinch of salt.  I’ve watched a ton of guys take edged weapon classes with the idea of carrying a $20 knife in their pocket, all while ranting about theirs is just as good as any folding Karambit Ernest Emerson makes.  If they can even get their Chinese chromed unit out of their pocket while rolling around on the ground with an assailant, they’ll quickly cut their own handoff, so why bother? Just about every time I buy something cheap to save a buck, I end up buying it a second time after I learn why the first product was somehow lesser.  It convinces me that buying once for a quality piece and crying once over the cost has merit. -Michael Ware – Controlled Chaos Arms