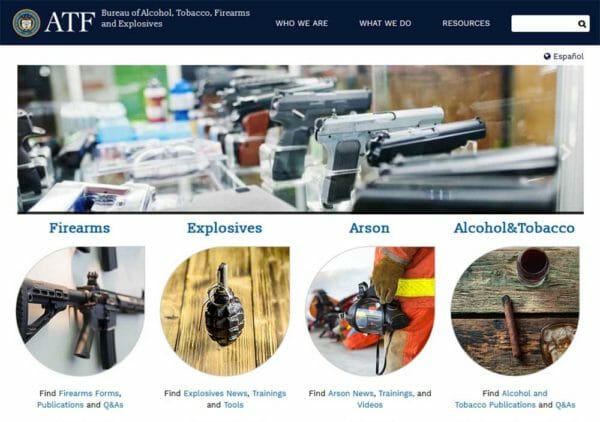 Bureau of Alcohol Tobacco, Firearms and Explosives ATFSpringfield, VA –-(Ammoland.com)- Gun Owners of America has obtained the Bureau of Alcohol Tobacco, Firearms and Explosives [ATF] Industry Operations Manual used by Industry Operations Inspectors (IOI). The gun-rights group received a copy of the document after submitting multiple Freedom of Information Act (FOIA) request the federal law enforcement agency. This copy is the first time since the 1990s that the manual has been made public. The ATF was not quick to supply the information to GOA, but continued pressure by the gun-rights organization forced the ATF's hand. The document does have a few redactions, but it does give enough information to help out FFLs by understanding what the ATF is looking for in their inspections of FFL and gun shop retailers. ATF Firearms Industry Operations Manual The Firearms Industry Operations Manual provides the rules and guidelines used by “Industry Operations Investigators.” These are the investigators that make up the regulatory side of ATF. They are responsible for examining and investigating the records kept by gun dealers on customer's firearms purchases nationwide. The ATF Firearms Industry Operations Manual can be a valuable tool for Federal Firearms License (commonly referred to as an “FFL”). It will not only let the gun dealers know what the ATF looks for and what is important to them during their inspection, but it also tells the FFLs what the agents are not allowed to request from the FFLs. It also lets the firearms dealers know what action the ATF agents cannot take during their inspections. This information gives the dealers a way to know if the inspectors are overstepping their authority. Before GOA was able to obtain the document, it was almost impossible to know how much power the ATF inspectors had in regard to their inspections. AmmoLand News sent an email to the ATF to find out why they fought so hard to keep this document private, but as of this writing, we have not gotten a response. The Firearms Industry Operations Manual covers topics such as qualification inspections for those seeking a license, administrative controls of dealers' records, and inventory, and it explains how dealer violations are reported and punished. Most importantly, it lets the FFLs know when the inspection goes from a regulatory compliance investigation to a criminal investigation. When it becomes a criminal investigation, the dealer should invoke their right to remain silent and contact their attorney immediately. The manual will also be an invaluable tool for FFL's lawyers that are defending their clients from criminal prosecution. The attorneys will know if the inspecting agent violated their operational guidelines, which could get the case thrown out of court. Before GOA got this document their scope of power was a secret. The ATF recently brought charges against a dealer/manufacturer, after inspectors were improperly brought in to conduct an “administrative search,” but where the real purpose was to gather evidence to be used by special agents in building a criminal case. However, as the Industry Operations Manual makes clear, “ATF special agents may not send an IOI into a business to obtain criminal evidence on the licensee. The inspection cannot be initiated to further a criminal investigation of the FFL.” Without GOA getting a copy of the manual, the ATF's violation of their policy would have never come to light. Gun Owners of America has filed numerous other FOIA requests with ATF and other federal agencies and will continue to make important information like this available to the public. ATF Firearms Industry Operations Manual 2017 REV About John Crump