Yes, Virginia… They Want To Seize Your Guns

Yes, Virginia… They Want To Seize Your Guns 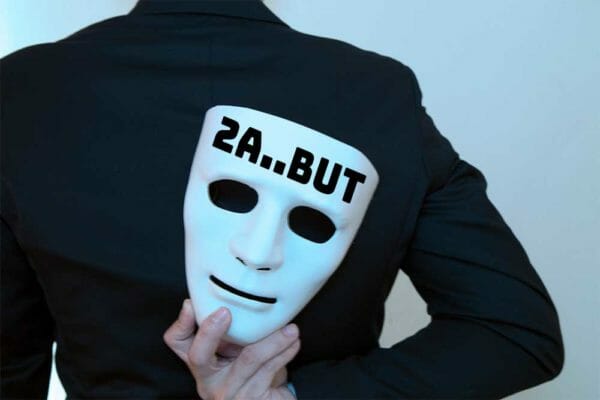 Yes, Virginia… They Want To Seize Your GunsUSA – -(AmmoLand.com)- Got guns, Virginia? Your state government wants them. Virginia lawmakers are pre-filing bills that would clamp down on gun rights to the point of dispossessing law-abiding gun owners of their legally purchased modern sporting rifles and other commonly-owned semi-automatic rifles, shotguns, and handguns. Everything is on the table for the incoming state legislature, from criminalizing youth hunters to forcing through the entire wish list of gun control measures. Virginia Democrat State Sen. Richard L. Saslaw, who represents portions of Alexandria, Fairfax County, and Falls Church, all suburbs of Washington D.C., sponsored S.B. 16, which would prohibit the sale, transfer and possession of so-called “assault firearms” and certain magazines. Violating the measure would be a state felony. The text of the proposed legislation goes further than the states with the strictest of gun control laws. If passed, Virginia’s lawmakers would instantly turn lawful owners of America’s most popular-selling centerfire rifle into instant felons, unless they dispossess themselves of their legally purchased modern sporting rifle. There are way more than 16 million modern sporting rifles in private ownership in America. While the exact number of these popular rifles in Virginia isn’t known as state-specific estimates don’t exist, it’s important to note there is no proposed grandfather clause to exempt the likely several hundreds of thousands of rifles already in legal possession or even to register them. New York and Connecticut passed their draconian gun control laws that prohibited the sale of modern sporting rifles but allowed those already lawfully owned to kept if registered with the state. The attempt to register these rifles was an abysmal failure, however. As many as one million modern sporting rifles were estimated to be legally owned in The Empire State when they forced through a ban and registration in 2014. Connecticut did the same in 2013, where there were believed to be 350,000 rifles.  At the registration deadline in Connecticut, just 41,347 rifles were registered.  New York refused to answer the question until a Freedom of Information request was filed. State officials finally admitted only 23,847 registrations were filed. Changing Definitions The legislation would also change what is considered an “assault firearm.” Under the proposed definition, it would include any firearm that is capable of accepting a detachable magazine and one of the following characteristics: Pistols would be subject to the same definition, with the exception of the pistol grip. Also banned would be any firearm capable of holding more than 10 rounds with a fixed magazine, shotguns with revolving cylinders, or any of the listed characteristics, and those shotguns with a fixed magazine capacity of more than seven rounds. The ban also extends to “assault firearms” parts that can be assembled into a rifle. Magazines It’s not just the guns they’re after. The proposed legislation would also ban the import, sale, barter or transfer of any firearms magazine that’s designed to hold more than 10 rounds. That would seem to allow the millions of standard capacity magazines to remain as legally held, it’s just the overwhelming majority of the rifles with which they’re designed to be used wouldn’t be. The language is also important. It reads “designed to hold,” which indicates that after-market parts to limit the capacity wouldn’t work. Only those “designed” for just 10 rounds would remain legal for sale. Age-Based Gun Ban If that weren’t bad enough, Sen. Saslaw also introduced S.B. 18 that would institute an age-based gun ban, making it a felony to purchase a firearm unless the buyer is over 21. That would deny adult Virginians their Constitutional right to keep and bear arms, yet they are eligible to vote, serve on juries, marry, serve in uniform and are fully vested in their rights to free speech and exercise of religion. But it does more. It would also erase the Old Dominion’s hunting and recreational target shooting heritage by making it a felony to allow anyone under 18 to be in possession of a firearm by themselves. This would make criminals of those parents who allow their teens to hunt by themselves on their own property unless they were under the immediate supervision of a parent or guardian or adult over 21 with parental permission. Virginia’s gun rights battle is real. The intention to disarm law-abiding Virginians is serious. The National Shooting Sports Foundation is focused and determined to defeat this gun control agenda and protect the ability of Virginians to exercise their Second Amendment rights.

About National Shooting Sports Foundation The National Shooting Sports Foundation is the trade association for the firearms, ammunition, hunting and shooting sports industry. Its mission is to promote, protect and preserve hunting and the shooting sports. Formed in 1961, NSSF has a membership of more than 10,000 manufacturers, distributors, firearms retailers, shooting ranges, sportsmen's organizations, and publishers. www.nssf.org