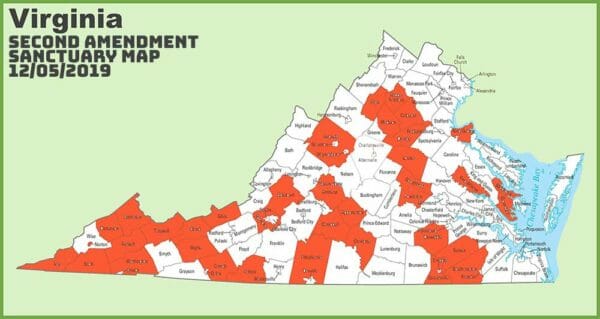 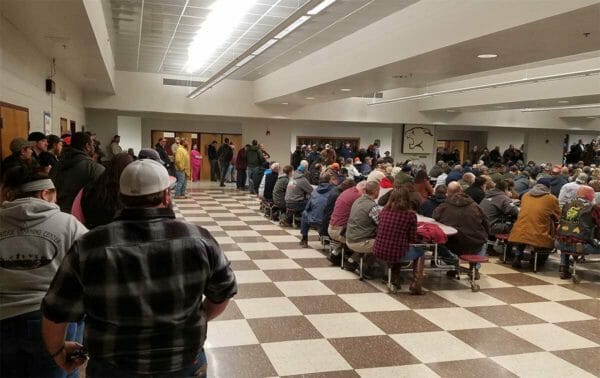 Augusta County Virginia 2019 Second Amendment Sanctuary Meeting2. Fluvanna County has delayed their vote until Wednesday, December 11 From member N. Brown: Tonight we attended the Board of Supervisors meeting here in Fluvanna County, VA. We had a turn out of well over 300 2A supporters show. Early on in the meeting, due to the enormous turnout, the BOS made an announcement that they will hold a special meeting next week, Wednesday, December 11th, 2019. The meeting will be held at Central Elementary School at 6 PM. This meeting will address 2A concerns within Fluvanna County. 3. Suffolk and Albemarle takes no action, even with the massive turnout (650+) Albemarle County – another huge turnout. 95% of speakers were in favor of a sanctuary resolution. No commitment by Albemarle at this time to move forward with a resolution. However, the message was strong with such a great turnout! Suffolk – over 650 people attended. Overflowed slightly to outside. Everyone on the City Council made excuses for not taking up a resolution and just told everyone to contact their Delegate and Senator. Time for a new City Council. Everyone from Suffolk should email the Council and tell them something like: if they aren't supporting citizens' rights, the citizens won't be supporting them next election. 4. Media coverage Tazewell has taken a very interesting approach – they also have a “militia” ordinance as part of the sanctuary package! https://www.heraldcourier.com/news/taze ... user-share – VA2A News has an excellent video of the Virginia Beach meeting, which turned into a rally outside of City Hall: VIDEO at Top of Page – Delegate Nick Freitas gave a great impromptu talk at the Orange County meeting to people standing outside the meeting room:
https://www.youtube.com/embed/chv1r-usORw
– News coverage of Wythe County sanctuary meeting: https://www.wsls.com/news/local/2019/11 ... sanctuary/