Murders/Suicide at Pearl Harbor were by Active Duty Armed Guard

Murders/Suicide at Pearl Harbor were by Active Duty Armed Guard 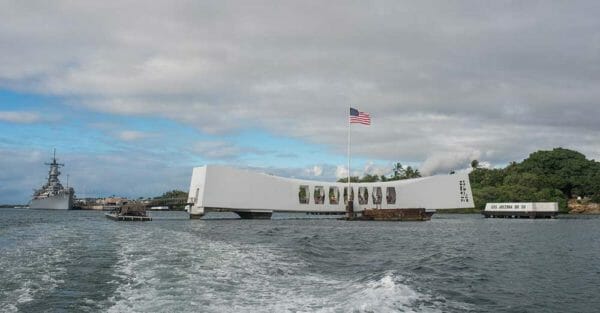 Murders/Suicide at Pearl Harbor were by Active Duty Armed GuardU.S.A. –-(Ammoland.com)- On 4 December 2019,at about 2:30 p.m. in Hawaii, at the Pearl Harbor shipyard, an armed sailor guarding the nuclear attack submarine the Columbia, shot and killed two shipyard workers and wounded a third. The armed guard then killed himself with his government-issued M9 9mm Beretta pistol. The guard used his government-issued M4 carbine (5.56 mm) to kill the two civilian workers and wound the third. From heavy.com: The Columbia is a Los Angeles-class submarine, meaning it is a nuclear-powered fast attack submarine. At the time of the attack, the Columbia was in drydock for maintenance, and Romero was assigned as an armed guard to monitor the submarine. The incident has dropped off the media radar. The murderer was an active duty sailor officially assigned guard duty. None of the infringements on Second Amendment rights being suggested by those who wish a disarmed population would have made the slightest difference in this case. All have exceptions for people who are engaged in their military missions while being officially armed by the government. In this case, some have suggested the sailor had anger control and discipline problems. From hawaiinewsnow.com: Romero used his service weapons ― an M4 rifle and an M9 pistol ― in the shooting and on Wednesday had been assigned to stand watch at a submarine undergoing repairs. The multiple sources, who requested anonymity because of the ongoing investigation, expressed concern Romero had been assigned an armed position at the shipyard despite his history of problems. Those who the government issues firearms are people as well as the rest of us. People who have gone to the trouble of obtaining a carry permit from the government are many times less likely to break the law than police are. Hawaii has a very low crime rate and very restrictive gun laws. Two other island entities within the jurisdiction of the United States, Puerto Rico and the U.S. Virgin Islands, also have very strict gun laws. It is arguable their gun laws are more restrictive than Hawaii's, but they are, at minimum, comparable. Their murder and crime rates are several times greater than the United States average. From an article written in 2015: Three United States island polities with quite similar, strict, gun control laws. Two have murder rates more than 7 and 5 times greater than the United States average; one has a murder rate one third as great as the United States average. It is clear that the gun control laws are not a major factor in the rate of murder. Few people in the world would dispute the necessity of an armed guard for a nuclear attack submarine. Few would dispute the necessity of armed police to maintain public order. In the United States, many millions of legally armed citizens have shown they are more trustworthy than the police. Severe restrictions on ordinary peoples' access to firearms do not affect the murder rate. They do not prevent mass murders. They restrict ordinary people from legally owning and using firearms. They restrict the power of the ordinary person. That is their purpose, and what they are meant to do. About Dean Weingarten: