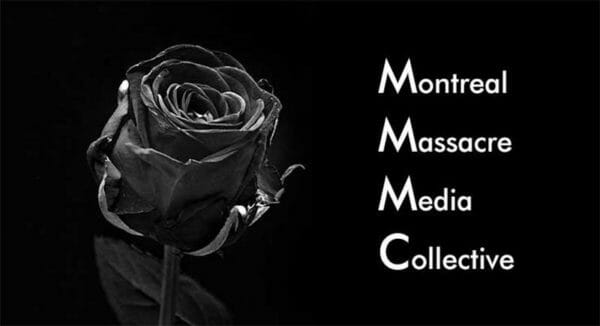 Hey Montreal Massacre Media Collective – Why Not Track Convicted Criminals like Canada already does to lawful gun owners?Canada – -(AmmoLand.com)- Every year, as the days of November wane, we can count on one thing with absolute certainty. Like zombies rising from the grave a month ago on Halloween, the Montreal Massacre Media Collective will begin another round of weeping, wailing and gnashing of teeth akin to Chicken Little screeching “the sky is falling!” It’s as predictable as Justin Trudeau lying about wearing blackface. This year the screeching began on November 26th, 2019, with another round of demands from Collective founders Heidi Rathgen and Natalie Provost. “…we urge you today to consider implementing an immediate moratorium on new sales of assault weapons as well as a permanent ban on the importation and manufacture of handguns.”[ii] Each year, The Collective demands more gun bans and more confiscations, yet with the same boringly predictable focus – licensed firearm owners. You don’t stop bad people from doing bad things by ignoring them. Yet that didn’t stop these “gun control” activists from sending a letter, more of a demand really, that the newly re-elected Trudeau government ban guns – all of them. Their angst is both misdirected and misguided. Every year the Montreal Massacre Media Collective ignores the elephant in the room which, this year, are the inconvenient facts released by Statistics Canada.[iii] “Ontario, with 69 more victims than in 2017, reported the largest year-over-year increase and the highest number of homicides since data collection began in 1961. This resulted in the highest homicide rate in Ontario since 1991.” Violent drug dealers, gang members, and criminals drove Ontario’s murder rate to a record high in 2018. And it looks like they’ll do it again this year. If The Collective really cared about public safety (which they don’t – they only care about banning guns from licensed owners) they would focus their demands for government action on an issue in which firearm researcher Dennis Young has long raised the red flag. No police or government agency bothers to check on the hundreds of thousands of individuals who, by court order, are prohibited from possessing firearms to make sure they’re obeying the law.[iv] Not one. This is absurd. It’s beyond absurd. According to Statistics Canada, from 2014–2018, 5,550 individuals were arrested for violating a Firearm Prohibition Order (FPO).[v] Could the total number who violated their prohibition orders be higher? Absolutely. Statistics Canada only counts those who were caught and charged. How many more broke the law but were never caught? We don’t know. The government does not track criminals with an FPO registered against them. The government doesn’t even know where they live. Why not? Because, unlike licensed and RCMP-vetted firearm owners, criminals subject to an FPO are not required to inform police when they change their address.
A convicted criminal under a firearms prohibition is not required to check in with law enforcement, nor is there any law ordering police to check in on these proven violent offenders.
Contrast this absurdity of the Firearms Act, which requires licensed firearm owners, (vetted daily by the RCMP) to notify the government when they change addresses within 30 days or face up to 2 years in prison. If we insist our nation’s safest and most responsible citizens must notify the government when they change residences, what possible rationale is there for NOT demanding the same of those who, by their own actions, proved they pose a real danger to society? It defies rational thought – not to mention all concern for public safety – that violent, convicted criminals with firearm prohibition orders against them are the ones nobody cares to track. The Montreal Massacre Media Collective certainly doesn’t care about them or the violence they perpetrate on our nation. The Collective cares about one thing only: removing guns from the hands of licensed firearm owners. And The Collective did so again on December 6th with the willing service of a complicit media. This time, ask The Collective why they’re not concerned about the hundreds of thousands of convicted criminals with Firearm Prohibition Orders against them. And when they respond, ask the willing mouthpieces of The Collective why they don’t want the 443,000 convicted criminals prohibited from owning firearms tracked with at least the same stringent requirements as licensed firearm owners. But don’t hold your breath for an answer. That could prove fatal. Sources:
https://www.cbc.ca/news/politics/polyte ... -1.5373391
[ii] http://polysesouvient.ca/Documents/MAIL ... ir_ENG.pdf
[iii] https://www150.statcan.gc.ca/n1/daily-q ... 7a-eng.htm
[iv] https://dennisryoung.ca/2019/09/01/our- ... with-guns/
[v] https://dennisryoung.ca/2019/09/26/stat ... 2014-2018/

About Canadian Shooting Sports Association: The CSSA is the voice of the sport shooter and firearms enthusiast in Canada. Our national membership supports and promotes Canada’s firearms heritage, traditional target shooting competition, modern action shooting sports, hunting, and archery. We support and sponsor competitions and youth programs that promote these Canadian heritage activities. For more information, visit the website at www.cdnshootingsports.org.