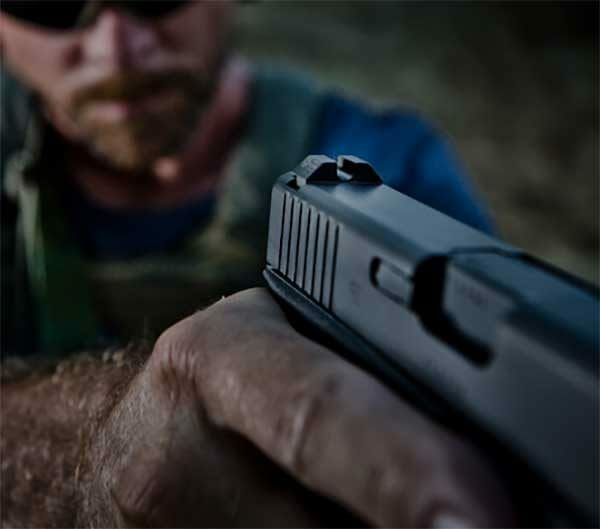 On the Street and as You Drive at Night- More Self Defense Gun StoriesU.S.A.– (Ammoland.com)- You didn't see this news covered by the mainstream media, but again this week, responsible gun owners defended themselves and the people they love. Self-defense instructor Jeff Street joins the Self Defense Gun Stories Podcast to look at four new examples. Were these gun owners lucky, or were they well trained? (24-minute audio) These victims survived lethal attacks because they had a gun..and good habits. http://traffic.libsyn.com/dgustories/sdgs175.mp3First Story- Are you armed as you drive at night? You and your friend are driving through San Antonio after work. You stop at a convenience store. You’re getting a drink when you notice a masked man pointing a gun at the store clerk. You’re armed. You’re friend puts his arm on yours. He has a taser and wants to try that first. Your friend tazes the armed robber. The attacker drops to the floor. A few seconds later the attacker reaches for his gun and tries to stand up. You shoot him. You both call police. Police and EMTs arrive. They take a statement from you and other customers. They also get a copy of the security video. Second Story- Are you armed in public? You’re walking down the street early in the morning. It is dark and a man steps in front of you and draws a gun. He says to empty your pockets. You do. In one pocket you have your Washington state concealed pistol license. You also have your firearm. You give him your money. You wait as he stuffs the cash into his pocket. Your attacker hits you in the face with his gun. That is when you move, draw your firearm, and shoot your attacker. Now your attacker runs away. You call the cops. The police arrest your attacker, his wife, and his two teenage accomplices at the hospital. One of the teens has your money. The police found the robbers gun. Your attacker is charged with first-degree robbery, first-degree assault and first-degree illegal gun possession. All have enhancements for firearms possession by a prohibited person. Your attacker was convicted of 13 felonies, including robbery, burglary, and possession of a firearm. He was out on parole. Third Story- Are you armed after you shop? You stop to buy something on your way home after work. You walk out of the store and turn down the street. You meet two men going the other way. They step in front of you. One of them pulls a gun from his pocket. They tell you to empty your pockets. You have your concealed carry license in your pocket. You have your concealed firearm on your hip. You step back, draw and fire your handgun. You shoot the armed attacker in the shoulder and thigh. Both men run. You run the other way and call police. Your attacker is arrested at a local hospital. Forth Story- Are you armed when you meet someone for person-to-person sale? You have some sport shoes for sale. A buyer contacts you on facebook. You agree to meet at a local restaurant after dark. Your wife comes with you. The buyer walks up and asks if you have the shoes. You ask if he has the money. He pulls out a gun and tells you to give him your wallet and the shoes. You’re armed. You draw your firearm and shoot your attacker. You and your wife run away and call the police. They find your attacker and take him to the hospital for treatment of a gunshot through his hand and his leg. Links and text of the discussion at the podcast webpage.

About Rob Morse Rob writes about gun rights at Ammoland, at Clash Daily, and on his SlowFacts blog. He hosts the Self Defense Gun Stories Podcast and co-hosts the Polite Society Podcast. Rob is an NRA pistol instructor and combat handgun competitor. Contact Jeff Street at  Step by Step Gun Training in Naples Florida and on the Step by Step Facebook page.