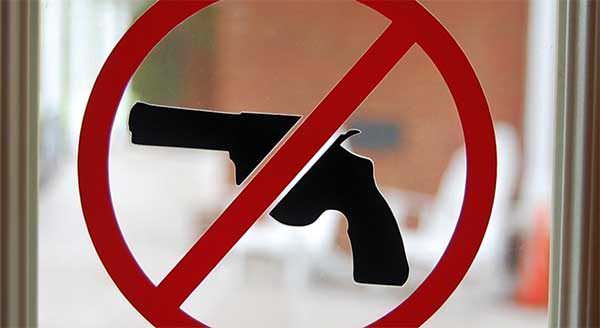 Deep Waters – Time to Arm All U.S. Military Officers & S/NCOsFt Collins, CO –-(Ammoland.com)- “In deep waters, you encounter the wise and brave. In shallow waters, the naive and fearful” ~ Mehmet Murat ildan Speaking of the shallow, the ranking Democrat on the Senate Armed Services Committee, yesterday flippantly said of the Pensacola, FL incident: “At some point, President Trump, and members of Congress must summon the political courage and take meaningful action to keep guns out of the hands of those who pose a threat to others.” Oh please! Any specifics, or just more wearisome drivel? The unprovoked murder of three brave, but disarmed, US sailors by an armed Islamic terrorist on a US military base constitutes an unforgivable scandal, for which the President and Congress bear full responsibility. Here is the real outrage that DJT and Congress “must summon the political courage and take action” to correct: DOD currently requires active-duty sailors who are “standing watch” to be disarmed as they “guard” other naval personnel and naval property. One must conclude that the progressive left, silent and unconcerned about the unarmed status of sailors, soldiers, and Marines who are wantonly murdered by armed terrorists, hates our Second Amendment more than it loves the lives of our courageous military service members. “Action” that needs to be taken is to implement an audacious new policy where all military officers and S/NCOs are to be continuously armed with issue M17/18 pistols at all times, on and off base. That is the only way we can adequately protect our military members from terrorists, something at which we’re obviously failing miserably now. The left says they are worried about suicides. I’m sure leftists feel much better when they jump off of bridges. Radical Islamic jihadis, newly-clad in button-front sweaters and sneakers, are not likely to surrender worldwide in order to eagerly line-up to watch Tom Hanks play Mister Rogers any time soon. “Who ply ‘deep waters’ go armed!” ~ Anon /John

About John Farnam & Defense Training International, Inc
As a defensive weapons and tactics instructor John Farnam will urge you, based on your own beliefs, to make up your mind in advance as to what you would do when faced with an imminent lethal threat. You should, of course, also decide what preparations you should make in advance if any. Defense Training International wants to make sure that their students fully understand the physical, legal, psychological, and societal consequences of their actions or in-actions. It is our duty to make you aware of certain unpleasant physical realities intrinsic to the Planet Earth. Mr. Farnam is happy to be your counselor and advisor. Visit: www.defense-training.com