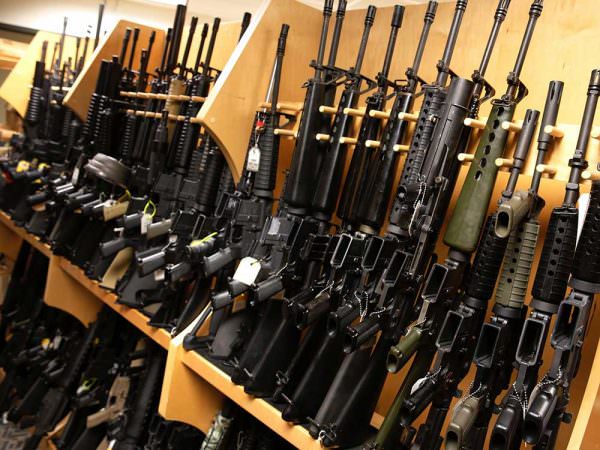 California DOJ’s Assault Weapon Registration Scheme Heads to Federal CourtSAN DIEGO, CA –-(Ammoland.com)- Firearms Policy Coalition (FPC) announced the filing of a motion for a preliminary injunction in the case of Miller, et al. v. Attorney General Xavier Becerra, et al., a federal Second Amendment challenge to California’s Assault Weapons Control Act (AWCA) ban on common semiautomatic arms with common characteristics, including those with ammunition magazines that can hold more than 10 rounds. The court filings are available online at www.assaultweaponlawsuit.com. The motion, before Federal District Court Judge Roger T. Benitez, argues that “n Duncan v. Becerra” – a lawsuit challenging California’s ban on so-called “large-capacity” magazines – “this Court recognized that the Second Amendment protects the right to keep and bear common arms and firearm magazines that are useful for self-defense or use in a militia. . . This case is a logical result of Duncan’s analysis and seeks nothing more or less for the common arms that can use those magazines.” Further, the motion requests “that the Court . . . preliminarily enjoin the [Assault Weapons Control Act] and Defendants’ policies, practices, customs, and regulations that enforce it.” “The State of California may not ban common semiautomatic firearms with common characteristics, full stop,” said FPC President Brandon Combs. “The United States Constitution and Supreme Court precedent make clear that the State’s ‘assault weapon’ ban scheme is categorically unconstitutional. Second Amendment rights ‘shall not be infringed,’ period.” “In this case, we seek to restore the Supreme Court’s plain command in Heller, that governments may not ban categories of arms that are overwhelmingly in common use and chosen by the American people for lawful purposes including self-defense and sport,” said George M. Lee, an attorney for the plaintiffs. “These types of categorical bans cannot be justified under any level of scrutiny. As our motion and our experts resoundingly show, California’s ban on common firearms with common characteristics is irrational and has no basis in our Nation’s history or tradition.” “California’s ‘assault weapon’ laws ban common firearms with common characteristics,” noted John Dillon, an attorney for the plaintiffs. “The State’s categorical ban, if upheld, would nullify the Second Amendment. Thankfully, the California is flat wrong on every count and we are cautiously optimistic that the ban will ultimately be struck down, as it should be.” “California’s ban on so called ‘assault weapons’ finds no quarter under any proper reading of the Constitution,” said FPC’s Director of Legal Strategy, Adam Kraut. “Currently, Californians are constrained from exercising their right to keep and bear arms in a manner that would allow them access to firearms that are in common use, for lawful purposes. This lawsuit seeks to vindicate their rights.” The motion’s testimony and exhibits include the scholarship and research of law professor and Second Amendment expert, George Mocsary; arms, tactics, militia, and history expert Major General D. Allen Youngman (ret.); historian and firearm technology expert Ashley Hlebinsky; firearms, tactics, use of force, ballistics, and training expert Emanuel Kapelsohn; James Curcuruto, National Shooting Sports Foundation’s Director of Research and Market Development; and economist and crime researcher Dr. John Lott, president of the Crime Prevention Research Center; and attorney, modern firearms expert, and FPC Director of Legal Strategy, Adam Kraut. In a brief to the United States Supreme Court filed earlier this year, at the merits phase of the now-argued New York State Rifle & Pistol v. New York City litigation, Firearms Policy Foundation, along with plaintiffs Firearms Policy Coalition and California Gun Rights Foundation argued that “[r]ights covered by the text of the Second Amendment – as interpreted and understood according to history, practice, and public meaning when it and the Fourteenth Amendment were adopted – are not divided into lesser and greater categories. The Constitution itself has done the categorizing and those rights covered ‘shall not be infringed.’ Period. There is no further clause beginning with ‘except * * *.’ No qualification of the prohibition saying some of those rights can be infringed a little, or if the government really feels strongly about it, or has reconsidered the costs and benefits of protecting such rights.” Background About Firearms Policy Coalition

Firearms Policy Coalition (www.firearmspolicy.org) is a 501(c)4 grassroots nonprofit organization. FPC’s mission is to protect and defend the Constitution of the United States, especially the fundamental, individual Second Amendment right to keep and bear arms, advance individual liberty, and restore freedom. About Firearms Policy Foundation Firearms Policy Foundation (www.firearmsfoundation.org) is a 501(c)3 grassroots nonprofit organization. FPF’s mission is to defend the Constitution of the United States and the People’s rights, privileges and immunities deeply rooted in this Nation’s history and tradition, especially the inalienable, fundamental, and individual right to keep and bear arms. About California Gun Rights Foundation  California Gun Rights Foundation (www.cagunrights.org) is a 501(c)3 non-profit organization that serves its members, supporters, and the public through educational, cultural, and judicial efforts to advance Second Amendment and related civil rights. About Second Amendment Foundation Second Amendment Foundation (www.saf.org) is the nation’s oldest and largest tax-exempt education, research, publishing, and legal action group focusing on the Constitutional right and heritage to privately own and possess firearms. Founded in 1974, The Foundation has grown to more than 650,000 members and supporters and conducts many programs designed to better inform the public about the consequences of gun control. About San Diego County Gun Owners San Diego County Gun Owners (sandiegocountygunowners.com) is a non-profit membership organization whose purpose is to protect and advance the Second Amendment rights of residents of San Diego County, California. SDCGO’s membership consists of Second Amendment supporters, people who own guns for self-defense or sport, firearms dealers, shooting ranges, and elected officials who want to restore and protect the right to keep and bear arms in California.