Virginia Will NOT Comply & America is Watching

Virginia Will NOT Comply & America is Watching 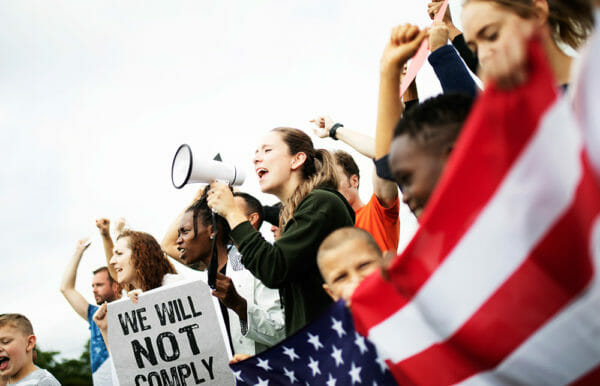 Virginia Will NOT Comply & America is Watching, iStock-RawpixelUSA – -(AmmoLand.com)- Virginia IS in turmoil, and there's no sugarcoating it any longer. I know it, you know it, they know it and they know it because they are at the root of it. You already know who “they” are. They are everyone you can't stand, from gun prohibitionists and Socialists to the corrupt mainstream media, large social media outlets, Hollywood, and our institutions of higher education, to name but a few. They are anyone working against our freedoms, rights, constitution, etc. You know who they are. And they hate you. Nowhere is this more evident than in the great state of Virginia, a place I hold dear. I know Virginia and Virginians well. I lived in Richmond and Virginia Beach. I attended and graduated college in the beautiful southwestern part of the state. I worked there and played there for years. My sister has raised a family in Virginia and lives there to this day. I love Virginia and the great people of the Commonwealth, but today there is trouble. How much trouble? Only they know. Rich in history, Virginia has played a significant role in the development of our nation and today, it is doing so again. As you read this, eighty-five counties have declared themselves Second Amendment Sanctuaries in response to what they are threatening, and the threats are real. You see, what's happening in Virginia is what happens when they take power and come January 9th, 2020, they will take control for the first time in over two decades. From that date until February 23rd, America will be witness to precisely what it is they have in store for the rest of us if they are ever handed the reigns of power in Washington. It wasn't always like this, but today they are much different than even 20 years ago. Today they are filled with rage and hatred of anyone who dares to disagree with them or worse yet supports the Constitution as written. As we are witnessing in the halls of the Socialist controlled House of Representatives, they will stoop to whatever level necessary to take power when it isn't granted to them by the voters. How did they get this way? Enough time has gone by that an entire generation has been born into knowing nothing other than what they want them to know. It's all the new “theys” know. They weren't around when you and I were scared to death of the coming ice age. Think someone like AOC – her entire life spent learning nothing but leftist hate while everything they taught her is reinforced on every so-called “news” program she sees, every movie she watches, every song she hears, and every book she chooses to read. Everything she touches reinforces the ideology they taught her. How could all of these people be wrong? They can't, and therein lies a large part of the problem. This isn't about being tolerant or about debating and being friends. They have no intention of being your friend, of tolerating your freedoms and upholding your rights. They do not care about your way of life and are actively working to destroy it. They hate you and everything you stand for. The good old days of Ronnie and Nancy Reagan having a cozy dinner with the Tip O'Neill family after politically sparring all day are over, and they aren't coming back. They have made sure of that and many Virginians seem to have figured this out. That's why what's happening in Virginia right before our eyes is so dangerous. Now that they have absolute power, they are going to do whatever they want to do, and the rest of us be damned. They have made it clear that their first order of business isn't to clean up roads, reduce poverty, fix bridges, fix broken education systems, or anything else they usually claim some moral superiority over. Nope. They are hell-bent on infringing on the rights of millions of their citizens with a wave of gun-grabbing bills that will punish those whom they hate – on day one. Unfortunately for them, those 85 counties have decided their citizens weren't interested. So what happens now? How does this turn out? What I can tell you with utmost certainty is that there must be a victor. One side must win, and the other must lose. Eighty-five counties (and more to come) have made it clear there will be no more compromising our rights. The ball has been handed off and they must make a decision. America is watching, and we can only be hopeful that in the face of this remarkable uprising, that they make the right one. About Mark Walters