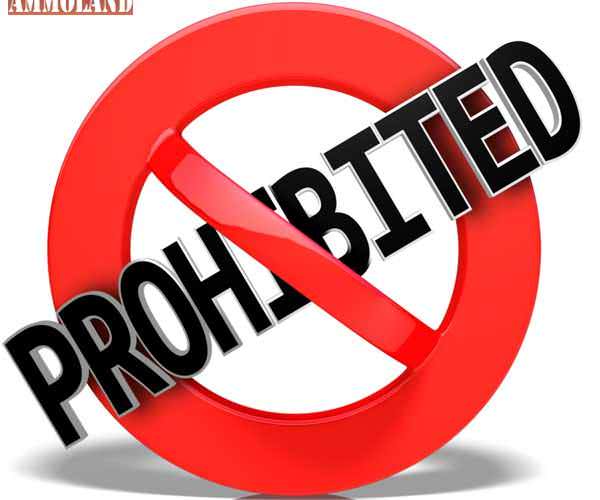 ProhibitedW Springfield, Virginia –-(Ammoland.com)-Gun Owners of America have uncovered a form that the FBI uses for people to permanently add themselves to the prohibited person list in the National Instant Criminal Background Check System (NICS). The FBI document that is entitled, “NICS Indices Self-Submission Form,” allows Americans to “voluntarily” waive their Second Amendment right to bear arms. Once the person submits the form, they cannot get their rights back. The waiver of rights states, “I may not be permitted to withdraw my name and information in the future.” NICS Indices Self-Submission Form The person filling out the form has to choose between reasons. The first choice is that they are a danger to themselves or others. The Second item that they can check states that the person in question lacks mental capacity adequately to contract or manage the details of their life.” The first option is reminiscent of the language used in the so-called “Red Flag” laws or “extreme risk protection orders.” These laws lack due process, and pro-gun groups have used them as an example of the government pushing an overreaching and constitutionally dubious gun law across the country. Right now these laws are only at the state level. The form also requires that a “mental health professional” signs off that the person in question “has adequate mental capacity voluntarily to execute this document.” What is striking about this is how a person could have the mental capacity to sign away their rights, but not have the “mental capacity adequately to contract or manage the details of their life.” It seems contradictory. There is nowhere in the form where the “mental health professional” has to certify that the patient under there care doesn't have the mental capabilities to own firearms. It is only to confirm they are signing the document under a sound mind and body. Gun rights advocates worry about possible abuses because of how the certification is worded in the form. The FBI and ATF are using these forms to target gun owners that are seeking help for mental health problems but do not fall under the guidelines of a prohibited person under federal law. Anti-gun doctors or anti-gun family members can push this document on a gun owner in their time of crisis, taking advantage of them in a weakened mental state. Gun Owners of America are concerned that family members or doctors could coerce the holder of the firearm into giving up their natural-born right to bear arms. Many Americans seek mental help and temporarily turn over their guns to their family members, friends, or a pro-second amendment organization like Hold My Guns until they are in a better mental place. This way the government is not involved and the gun owner doesn’t lose their Constitutional right. With the FBI option, even when the person is in a better mental place, they would not be able to get their rights back. That scares gun-rights activists and subverts due process. It could put those left vulnerable due to mental illness in a precarious position. This form also faces some tough legal hurdles, as pointed out by Rob Olson, Chief Legal Counsel for Gun Owners of America. For example, 18 U.S.C. Section 922(g)(4) prohibits from gun possession anyone “who has been adjudicated as a mental defective or who has been committed to a mental institution.” The keywords in that statute are “adjudicated” and “committed.” A court adjudicates and commits a person and not the person themselves. Someone cannot designate themselves a felon. The person in question must meet the legal definition of a felon before being added as a prohibited person into NICS. Simply believing one's self to “be a danger to myself or others” or to “lack mental capacity” does not count under federal law and does not disqualify a person from gun ownership. Another issue is the language about being unable to “manage the details of my life,” is so vague that it could apply to anyone who hires a C.P.A. to fill out his taxes. It is also remarkably similar to the Obama Administration's use of the Social Security Administration and the Veterans Administration to report to NICS anyone who used a representative to handle their finances. Notably, both houses of Congress and the President “disapproved” of this tactic, halting its use by the SSA. GOA has filed Freedom of Information Act (FOIA) request for documents about the number of times patients have used the forms and under what circumstances the patients have applied them. As of this writing, the FBI has acknowledged the receipt of the FIOA request, but the law enforcement agency has not responded with the requested information. About John Crump John is a NRA instructor and a constitutional activist. He is the former CEO of Veritas Firearms, LLC and is the co-host of The Patriot News Podcast which can be found at www.blogtalkradio.com/patriotnews. John has written extensively on the patriot movement including 3%'ers, Oath Keepers, and Militias. In addition to the Patriot movement, John has written about firearms, interviewed people of all walks of life, and on the Constitution. John lives in Northern Virginia with his wife and sons and is currently working on a book on leftist deplatforming methods and can be followed on Twitter at @crumpyss, on Facebook at realjohncrump, or at www.crumpy.com.