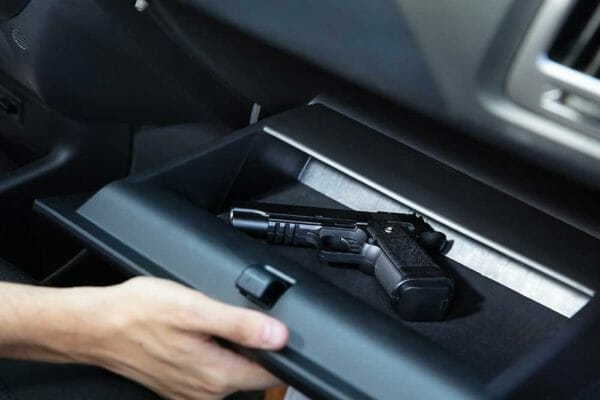 Self Defense Gun Stories- the Convenience Store Edition, iStock-1174295368U.S.A.– (Ammoland.com)- You didn't see this news covered by the mainstream media, but again this week, responsible gun owners defended themselves and the people they love. Self-defense instructor Tony Simon joins the Self Defense Gun Stories Podcast to look at four new examples. Were these gun owners lucky, or were they well trained? (24-minute audio) These victims survived lethal attacks because they had a gun..and good habits. http://traffic.libsyn.com/dgustories/sdgs176.mp3First Story- Are you armed at work? You and your brother own a convenience store gas station. It is eight at night and you’re both working behind the counter. A stranger walks in and asks for a bottle of liquor. You ring up the sale. Instead of handing you cash or a card, the man hits you in the face with the bottle. You’re stunned  and step back. Your attacker raises the bottle again. You have your Michigan concealed pistol license. You’re armed. You present your firearm and shoot your attacker twice. Now your attacker back away. He starts to run and falls to the floor. You and your brother call the police and EMTs. EMTs take your attacker to the hospital with two gunshot wounds to the stomach. You give the police your security video, and then you go to the hospital as well. The officers say they’d met the same suspect earlier in the day and told him to leave a store down the street after he was acting strangely. Second Story-  Are you armed as you work behind the counter of a rural convenience store? You are a clerk in a small town convenience store. You know most of your customers. Some of them buy on credit. A regular customer comes in a few hours after sunset. You say hello, but he says to give him the money from the cash register. He says he has a gun in his pocket and to hand over the cash or he’ll kill you. Your attacker lowers his hands toward his belt line. You’re armed. You draw your firearm and shoot your attacker. Your attacker steps back after the first shot. You run for the back room and call the police. You give a statement and give the police the security video. Third Story- Are you armed in public? You’re done shopping. It is late in the day but still light outside when you walk out of the store. You turn down the street when two men start walking toward you. They step in front of you so you can’t pass them. One of the men pulls a gun from his pocket. They tell you to empty your pockets. You have your Illinois Concealed Carry License in your pocket along with your Firearms Owners Identification Card. You have your personal firearm on your hip. You step back, draw and fire your handgun. You shoot the armed attacker in the shoulder and thigh. Both men run. You run the other way and call the police. Your attacker is arrested at a local hospital. Fourth Story- Are you armed when you’re working at a convenience store at night? It is a few minutes before 9 at night. Two teenagers walk into your store. One of them is carrying a shotgun and he points the gun at you. The younger man has a handgun. You put your hands up and move to the side. You’re armed. The two teens move toward the cash register. That is when you move, present your firearm and shoot the nearest attacker twice, then you shoot the second attacker. They drop their guns and try to run. You step back and call the police. EMTs take your attackers to the hospital. Links and text of the discussion at the podcast webpage.

About Rob Morse Rob writes about gun rights at Ammoland, at Clash Daily, and on his SlowFacts blog. He hosts the Self Defense Gun Stories Podcast and co-hosts the Polite Society Podcast. Rob is an NRA pistol instructor and combat handgun competitor. Contact Tony Simon at Diversityshoot.com, on Instagram and facebook at Simon Says Train, and at  The 2nd is For Everyone podcast.