2019 Holiday Gift Ideas for the Gun Person in Your Life

2019 Holiday Gift Ideas for the Gun Person in Your Life 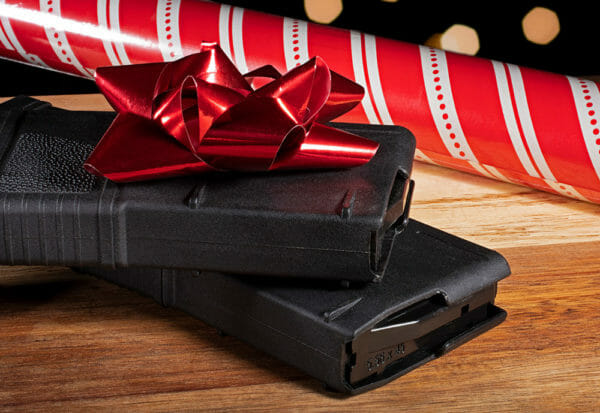 2019 Holiday Gift Ideas for the Gun Person in Your Life, iStock-gsagiUSA – -(AmmoLand.com)- It’s that time again to fill your favorite gun person’s gear bag with new stuff. Of course, there’s no reason you can’t use the holidays as an excuse to buy coveted items for yourself while you’re at it. Here are a few of my favorite ideas this year. To cover the budget bases, we’ve got options from a literal “cup of coffee” to far more extravagant gifts on the pricier end of the spectrum. 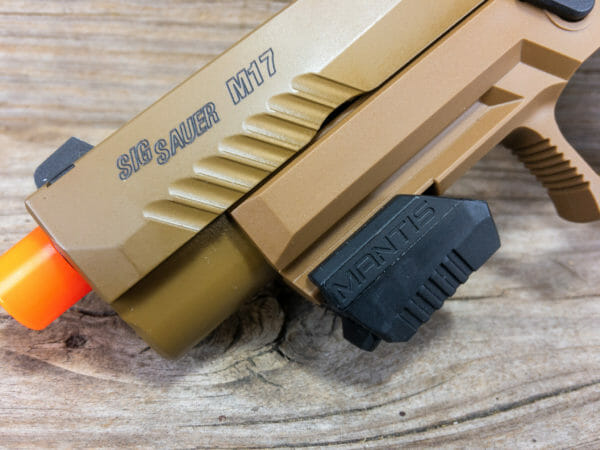 One of the benefits of the Mantis X10 system is that you can use it with standard firearms, or via dry fire, or with airsoft or airguns.When I last mentioned the new Mantis X10 device, I was wowed. This unit makes a huge impact on your training progress for core gun skill development. Since then, the company has upgraded the software yet again. For example, the system analyzes and clock-times five different stages of a draw-to-fire sequence. Knowing how long you take to go from buzzer to grip, grip to holster extraction, and cleared leather to pointed downrange, helps you understand and improve your reaction times to the point of having the muzzle forward and ready to fire. From that point, the system tracks time from gun horizontal to aimed and from on-target to breaking the shot. You’ll see exactly where your problem areas are and be able to measure improvement progress.

And that’s not all. The system helps with other techniques like hold, trigger press, and recoil control. By mounting the Mantis on a forward rail, to the barrel, or on the base of a magazine with an optional base plate adapter, you add precise motion tracking sensors to your firearm, so the data analysis possibilities are endless. The system talks to a companion smartphone app via Bluetooth so you get beautiful and easy-to-understand analysis output. Retail: $270.00 (less $$ online) 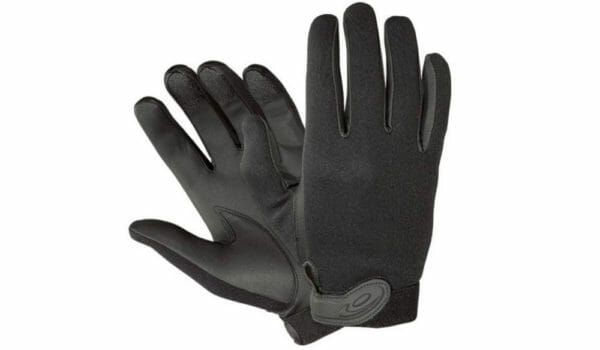 These gloves will not protect you from knife attacks or burns sustained from holding a flash-bang grenade a tad too long. Nor is their purpose to be all Delta-Ninja-SEAL-Power Ranger ready. They’re tools that provide comfort. I like them for cold days. They’re not insulated, nor are they intended to keep your hands toasty while racing the Ididerod. They’re thin so you can operate your firearms and load magazines, but they do ward off the chill. They’re also handy for handling hot things like recently fired suppressors—within reason Oh, and they’re touch screen compatible too so you’re good to go operating the Mantis smartphone app. MSRP: $31.00 (less $$ online) 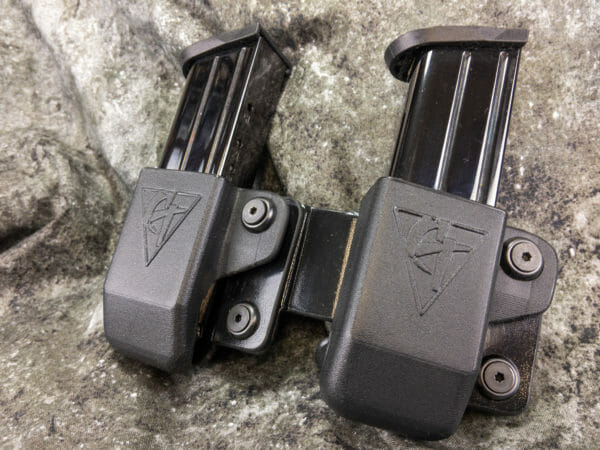 Simple but useful, this double magazine pouch from Comp-Tac is more engineered than you might think at first glance. Here’s why I like it. Two single magazine pouches are connected together with a custom shaped backing on the rear pouch. The whole Comp-Tac Twin Magazine Pouch Belt Clip assembly is curved, making it comfortable and concealable when worn on the support side belt. The belt clips can attach to an in-place belt so you can install or remove without undressing and dealing with the holster mount on the opposite side. The clips slide right over the belt alone (you can feed behind the pants if you like, but you don’t have to) and they won’t come off until you want. Tension adjustment screws allow you to set the pressure on each magazine and they’re available for a plethora of different magazine types. MSRP: $55.00 (less $$ online)

Here’s a handy one that will only cost you a few bucks. I must admit I tend to ignore incoming emails about gun belts. I already have plenty and I figure a new one can’t be all that different. They just hold up pants, right? Not so fast. This little gem is simple, simple, simple, and that’s what makes it cool and useful. It’s a rigid nylon belt, available in two sizes: 50” (fits up to 46” waists) and 70” (fits up to 66” waists.) If you’re unsure, order the longer one. As one end is deliberately left unfinished, you’re supposed to cut it to your desired length anyway. The belts are 1 ½ inches wide and use a simple pressure friction buckle. These are great for miscellaneous wear and are rigid enough (on purpose) to support a gun holster properly. Retail: $15.00 (less $$ online) 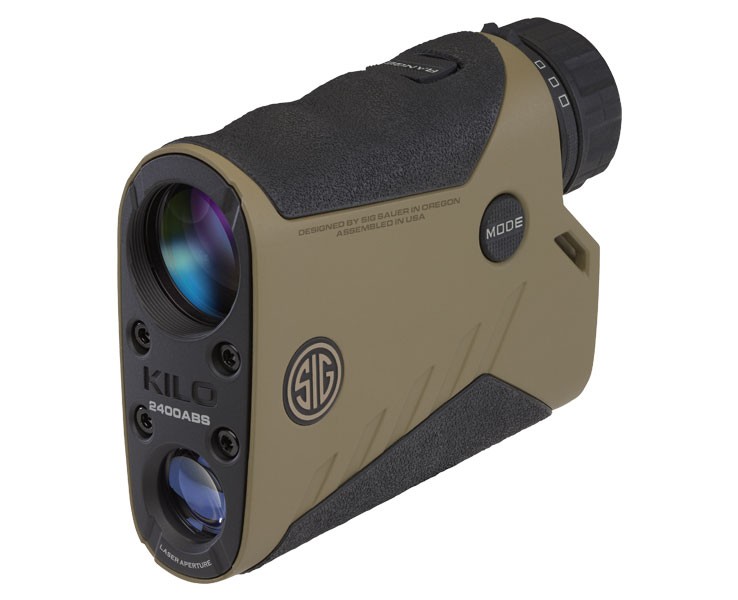 Can we add at least one aspirational gift to the list? This one ain’t cheap, but it claims to be the world’s most advanced rangefinder. Able to accurately measure distances out to two miles, there aren’t many long-range shooting scenarios you won’t be able to dial in with this in your kit. The Kilo2400ABS Rangefinder is loaded with nifty features like an inclinometer that properly gauges true horizontal difference if you’re shooting up or downhill. That’s nice, but the real value is that it is part of an integrated system.
https://www.youtube.com/embed/HkOd9Nt8B2A
It works in conjunction with a smartphone jack wind meter and a companion smartphone app. The app is primarily used for a display and to load ballistic profile (gun and ammo information) to the rangefinder. That’s because all the “smarts” are in the rangefinder itself. It’s equipped with environmental sensors to capture pressure and temperature. An internal compass even facilitates automatic adjustment for the Coriolis effect. After all, the earth is spinning when you shoot and on ultra-long shots, it makes a difference. The net result of all this wizardry is that the rangefinder displays not just the distance, but calculated scope adjustments too. You can also have that information output to your smartphone display. Retail: $1,559.99 (less $$ online) 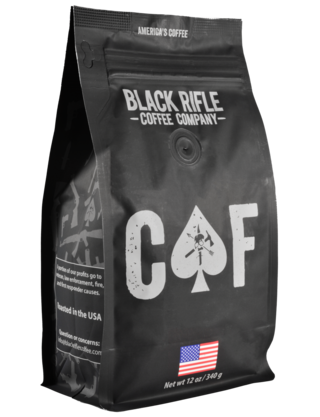 Black Rifle CoffeeAnother affordable idea comes with the added benefit of poking your finger in the eye of that Woke Queen on the Starbucks logo. The folks at Black Rifle are serious about their coffee. They’re equally serious about hiring and serving veterans. You’ll find them giving their jolt juice away for free at all sorts of veteran’s support events. My favorite blend is… C♠︎F, or CAF in traditional English. I’ll let you decide what the two letters after the “C” for caffeinated stand for. It’s a medium blend with a punch that tastes delicious. If you’re feeling generous, sign your giftee up for the Black Rifle Coffee Club and they’ll receive a fresh supply of coffee monthly or as often as you specify. Retail: $10.00 to $40.00 (shop online) About Tom McHale is the author of the Practical Guides book series that guides new and experienced shooters alike in a fun, approachable, and practical way. His books are available in print and eBook format on Amazon #ad. You can also find him on Facebook, Twitter, Instagram, and Pinterest.