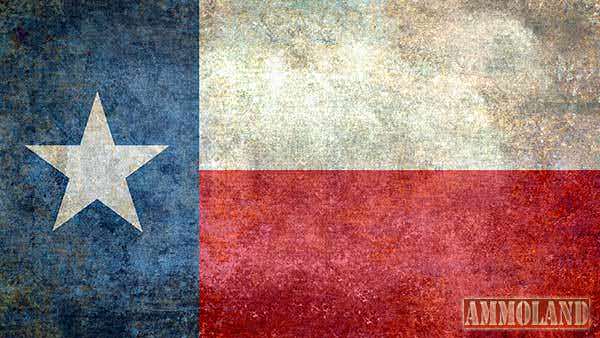 Texas Gun Control Advocates Deride Actual Firearms Safety EffortsFairfax, VA – -(Ammoland.com)- Gun control advocates are not concerned with gun safety. This reality was brought home once again by the anti-gun reaction to Texas Gov. Greg Abbott (R) and the firearm industry’s work to ensure Texans have free access to gun locks. Following a high-profile shooting in Santa Fe, Texas in May 2018, Gov. Abbott released the School and Firearm Safety Action Plan. As part of the plan, the governor called on the state to promote the voluntary use of gun locks. To carry out this goal, Abbott partnered with the National Shooting Sports Foundation (NSSF). Under the plan, Abbott created a $1 million grant from the Governor’s Criminal Justice Division to help fund NSSF’s “Own It? Respect it. Secure it” and “Project ChildSafe” campaigns. As explained in the governor’s plan, The NSSF “Own It? Respect it. Secure it” initiative was developed to promote and encourage firearm safety and safe storage. It also supplements ongoing firearm safety and education campaigns such as Project ChildSafe, which has distributed more than 37 million firearm safety kits that includes a cable-style gun lock, lock-installment instructions, and a safety booklet. Project ChildSafe firearm safety education kits are free to law enforcement agencies. NRA opposes mandatory storage laws. Such restrictions can leave gun owners defenseless at the critical moment that they need a firearm most. Moreover, American gun ownership is diverse. A one-size-fits-all approach to gun storage doesn’t consider the varied needs of law-abiding gun owners. However, like NSSF, NRA encourages gun owners to take the appropriate steps to voluntarily secure their firearms. Through its Education and Training Division, NRA has taught millions of Americans how to safely own and handle firearms. NRA’s gun safety rules teach firearm owners to store firearms so they are not accessible to unauthorized persons. According to the Houston Chronicle, the first of the grant money was delivered last month and the first batch of firearm safety kits are now making their way to law enforcement agencies. The full grant is expected to fund 625,000 safety kits. Gov. Abbott’s efforts to provide more than half-a-million free gun locks were not enough to please so-called “gun safety” group Texas Gun Sense. The Chronicle reported that Texas Gun Sense Executive Director Gyl Switzer expressed doubts about the program. The paper noted, Switzer said free gun locks “are always a good thing,” but said she would evaluate the project with skepticism “since NSSF is the lobbying arm for gun manufacturers.” Why would a purported “gun safety” group care about how free gun locks are provided? Because their goal isn’t gun safety, it is gun control. When it comes to gun control advocates, unless a measure encumbers honest gun owners, who they view as their political rivals, then it is not worth doing. Gun control isn’t about gun safety or public safety. Gun control is about controlling law-abiding Americans and indulging in ugly political and cultural prejudices. Gov. Abbott and NSSF should be congratulated for their efforts to promote gun safety while respecting the rights of gun owners.