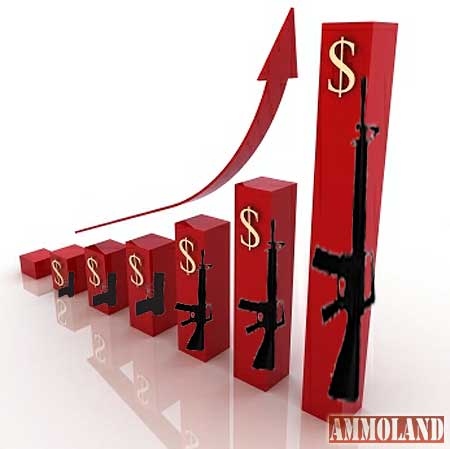 U.S. Firearms Ownership Continues to Grow – This Week on Tom Gresham’s Gun TalkMandeville, LA – -(AmmoLand.com)- Just how many firearms do U.S. civilians own, and which guns are increasing in popularity? Plus, new releases from Ruger, gun rights in Ohio, and much more, this week on Tom Gresham's Gun Talk® Radio, the original nationally-syndicated talk show about guns and the shooting sports. National Shooting Sports Foundation’s Joe Bartozzi breaks down production figures and stats about gun ownership in the U.S., what the most popular guns are, and more. Read their full report here. Also talking with Tom this week: Ruger’s Mark Gurney joins Tom to discuss a slew of new releases, including the Scout rifle in .350 Legend, plus additional Hawkeye Hunter rifles and Mark IV pistols. And Buckeye Firearms Association's Jim Irvine brings the latest on the gun rights front from Ohio. Read more at www.buckeyefirearms.org. As always, call in to 866-TALK-GUN with your comments, questions, and range reports. And don’t forget to tune in to Tom Gresham’s Gun Talk for another live show on Sunday, December 29th!

In its 23rd year of national syndication, Tom Gresham's Gun Talk® radio show airs live on Sundays from 2PM-5PM Eastern, and runs on more than 266 stations every week. Listen on a radio station near you (http://bit.ly/GTRstation) or via live streaming (http:/ /bit.ly/GTRstream). All Gun Talk shows can also be downloaded as podcasts at http://bit.ly/GTRpodcast, Apple iTunes, and i-Heart radio, or through one of the available Apps: GunDealio on iPhone, GunDealio on Android, and the Gun Talk App on Stitcher. Gun Talk is also available on YouTube, (http://bit.ly/GTRYT), Roku, Apple TV, Amazon Fire TV, and www.guntalk.com. (“Gun Talk” is a registered trademark.)