Winning The Fight Beyond Elections and Legislation

Winning The Fight Beyond Elections and Legislation 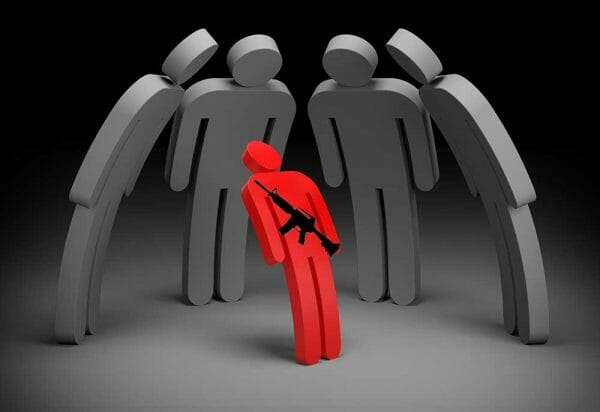 Corporate Tyranny Shameful HarassmentUnited States – -(AmmoLand.com)- One thing is becoming more and more clear – the legislative and political arenas are now only part of the overall battle over our Second Amendment rights. While Second Amendment supporters have done well in those arenas, including making the Supreme Court reasonably pro-Second Amendment, the new arenas threaten to outflank the gains in the political and legislative arenas. These arenas include, but they are not limited to, corporate gun control, leveraging pop culture, Silicon Valley censorship, and social stigmatization. The fact of the matter is anti-Second Amendment extremists have developed their plans in case they suffer a substantial reverse in the Supreme Court. The right ruling would strike down anti-Second Amendment legislation and secure the legal rights we seek, but those rights could very well be a dead letter. Let’s start with corporate gun control. The wallet has always been the Achilles heel of the firearms industry. When Andrew Cuomo was quarterbacking big-city lawsuits against gun manufacturers, the goal was to force companies to choose between accepting settlements that forced them to agree to the agenda of anti-Second Amendment extremists or go bankrupt from massive legal fees against dozens of plaintiffs. This new corporate gun control is operating on the same principle – at least where banks and financial institutions are concerned. The goal is this: Maybe they can’t pass a law that prohibits manufacturing modern multi-purpose semiautomatic firearms, but if banks deny business to those who make AR-15s or component parts, then the AR-15 will eventually fade away – without any laws passed to ban it. Even if it isn’t a bank, a company like Salesforce can force a licensed dealer to choose between an expensive change in software or acquiescing to an agenda. Silicon Valley’s censorship is just as threatening as corporate gun control. Social media and the internet have become crucial for Second Amendment supporters to not only get facts out, but to coordinate their activism and to help each other out. Shut down the voices, though, either through a one-sided application of rules of conduct, and all of the sudden, Second Amendment supporters are cut off. This is what Instagram is doing with its new rules, for instance. Meanwhile, anti-Second Amendment extremists are leveraging pop culture. Think of it this way – Hollywood stars generate press, even when they are not at the A-List levels of celebrity like Angelina Jolie or Meryl Streep. In fact, these days, it’s about getting press for those who have seen better days, like Alyssa Milano. In the fierce competition, anti-Second Amendment advocacy can help an actor or actress get work and keep a career going. It would also include what gets included in storylines on hit TV shows. That celebrity power then helps generate the social stigmatization of gun ownership and Second Amendment support. That social stigmatization has been a long-time goal, going back to Eric Holder’s famous desire to “brainwash” Americans against guns. In this case, it is about making it so painful to defend our rights that you choose silence and acquiescence rather than lose out on promotions, being the outcast in your neighborhood, or even seeing your family face being berated – or worse. The fact of the matter is that while the political and legislative battles to defend our rights are important, they have never been the only battles we have to fight. This is why the approach we choose to defend our rights matters and why we have to be mindful of how we come across. The ultimate battle we must win for our Second Amendment rights is in the hearts and minds of our fellow Americans.