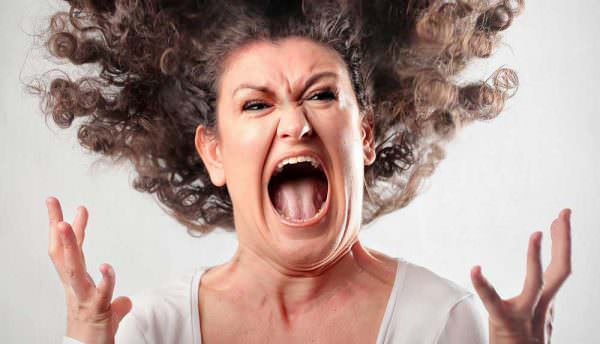 Before the Second Amendment sanctuary movement took off in VA, there were around 265 2A sanctuary municipalities nationwide. Since the November election Virginia has added over 100 new ones. file IMG iStockWarrenton, VA –-(Ammoland.com)- Everytown For Gun Safety Support Fund has submitted a Freedom of Information Act (FOIA) request to the Fauquier County Board of Supervisors in rural Virginia. Kristine Chapman of the Bloomberg funded anti-gun group sent the request to Fauquier County Administrator Paul S. McCulla. Chapman asked McCulla to provide her with all written and electronic documents pertaining to the Board's consideration for a resolution that protects its citizen's right to bear arms under the US Constitution and Virginia Constitution. The Board of Supervisors considered the resolution at its December 12th, 2019 meeting. Chapman, a resident of the ultra-liberal DC suburb of Arlington, wants all emails and other correspondence that the Supervisors received from the public about their Second Amendment Sanctuary resolution. They also want the communications that the Supervisors sent to each other and the general public dealing with the resolution. Everytown For Gun Safety also wants all drafts of the resolutions, preparatory memos, and summaries of all meetings dealing with the counties' Second Amendment sanctuary movement. The December 12th meeting went late into the night as speaker after speaker voiced their support the resolution. Over 2000 gun-rights supporters turned up to the meeting. The Second Amendment Sanctuary movement has taken off in Virginia after Democrats, on the back of Bloomberg’s money, took control over both houses of the Virginia legislature. Almost immediately, the new leftist regime started proposing California-style Draconian gun laws. Most of the state is still pro-gun and began to resist what a lot of Virginia residents saw as the beginning of tyranny. Before the Second Amendment sanctuary movement took off in Virginia, there were around 265 Second Amendment sanctuary municipalities nationwide. Since the November election Virginia has added over 100 new ones to the list. The movement has caught the eye of both sides of the gun debate. The anti-gun group has also requested all written and electronic communications dealing with Fauquier County's enforcement of gun laws. It seems that Everytown is trying to figure the county's plan to or not to enforce new gun laws. Many counties in the Commonwealth have taken a stand against enforcing new gun laws. Chapman also wants the county to turn over all information on written, electronic, in-person, and telephone conversations between employees and representatives of Fauquier County and different pro-gun groups. These groups include the National Rifle Association, VCDL, the Second Amendment Foundation, Gun Owners of America, the Virginia Constitutional Conservatives, III% United Patriots of Virginia, and Virginia Oath Keepers. All these groups are pushing counties within the Commonwealth to become Second Amendment sanctuaries. These groups look at being included in Everytown's FOIA request as a signed that they are getting the job done in Virginia. Matt Ballard of III% United Patriots, who runs their Second Amendment sanctuary efforts, thinks the request is a sign that the pro-gun side is winning the fight. “Everytown is grasping at straws and using fear tactics,” Ballard told AmmoLand. “Ill% United Patriots of Virginia will not back down from applying pressure to socialist ideologies. III% United Patriot of Virginia would like to remind you; we are the grassroots community. Our members have been in the majority of council and board meetings asking for 2A sanctuaries against your unconstitutional, fearmongering and misinformation attempts in our great state of Virginia. We are comprised of many different ethnicities and professions. We are using the system that our founding fathers have put in place to combat unconstitutional and unjust laws. We will not stand for the ideological hatred that Everytown has put towards the common, every day American. We will not compromise. We have nothing to hide. We support anyone who wants to use FOIA, as it's the people's right to keep tabs on the government.” Fauquier County will vote on the resolution on December 23rd. The public is encouraged to contact the board members and let their stance be known. Kristine Chapman and Everytown For Gun Safety did not respond to AmmoLand’s request for comment. About John Crump

John is an NRA instructor and a constitutional activist. He is the former CEO of Veritas Firearms, LLC and is the co-host of The Patriot News Podcast which can be found at www.blogtalkradio.com/patriotnews. John has written extensively on the patriot movement including 3%'ers, Oath Keepers, and Militias. In addition to the Patriot movement, John has written about firearms, interviewed people of all walks of life, and on the Constitution. John lives in Northern Virginia with his wife and sons and is currently working on a book on leftist deplatforming methods and can be followed on Twitter at @crumpyss, on Facebook at realjohncrump, or at www.crumpy.com.