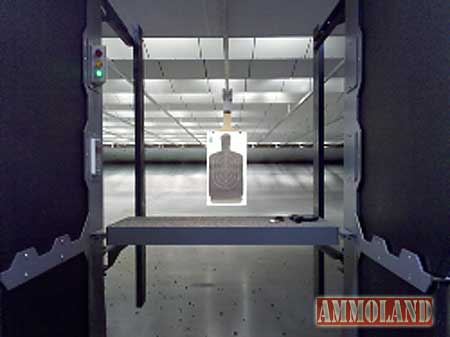 How would closing “a safe place” specifically established for firearms education, training and practice do anything but make Wake County less safe?U.S.A. – -(Ammoland.com)- “The Wake County Range (the Firearms Education and Training Center), built for use by Wake County citizens is now being closed to the public, effective January 15, 2020,” Grassroots North Carolina alerted its members Friday. “This comes as a huge surprise as Sheriff Baker, who manages the range through contractors he hires, gave no advanced warning of this decision. There was no public discussion, no prior announcement—not a thing.” Per The News & Observer, “The Wake County Sheriff’s Office ended its contract with Range Safety Management (RSM) LLC.” The sheriff’s state reasoning, a “lack of profitability and a review that fees and funds collected … were not accounted for accurately,” speaks more to mismanagement than anything else. If there are issues, why is it not in the public interest to openly discuss them and to consider temporary and long-term solutions? The county commission’s response was initially tepid and noncommittal, even though GRNC asserted a letter it issued “makes it clear that they were not involved in the Sheriff’s decision, and suggested his decision may have been rash.” WRAL.com now reports “County Manager David Ellis informed the sheriff that the county would take over control of the facility.” What Ellis means by “find[ing] a balance between public and law enforcement use” remains to be defined. In any case, the sheriff’s initial decision to close off to the public a range that “was originally chartered for public use,” and to exclude that public without adequate notice and discussion before the deal was decided done, speaks not only of arrogance and a lack of transparency but demands being analyzed carefully against North Carolina Open Government laws. That’s especially true because, again, according to the News & Observer: “The center was opened to the public from the beginning as part of a compromise over the county’s gun ordinance and was never meant to be profitable… The county prohibits people shooting a gun within 100 yards of a home without permission of the homeowner and within 100 yards of a ‘public building' likely to be occupied. Giving the public access to the then-new firearms center gave people a chance to practice their shooting.” If lower levels of government can essentially renege on such decisions without public input or consideration, what must that say about what higher levels of government could impose? And with the sheriff's plan to reserve the center exclusively for law enforcement, what must that say about “Only Ones” elitism?“ The Wake County Firearms Education and Training Center was built by Wake County for citizens to provide a safe place for target shooting,” the county website asserts. “This facility allows local law enforcement personnel to maintain their skills. Additionally, marksmanship and hunting are increasingly popular sports in Wake County, and citizens now have a safe and enjoyable place in which to practice.”Did the need for that suddenly disappear? “Gun safety,” after all, is what’s being touted by all, including gun owner rights advocacy groups that teach it, and gun-grabber groups that use the term as a euphemism to mask their true intent of citizen disarmament. How would closing “a safe place” specifically established for firearms education, training and practice do anything but make Wake County less safe? And if the mantra is “if it saves one life it’s worth it,” how would Sheriff Baker’s unilateral decision emphasizing profitability and accounting, and then shutting the door on further discussion, allow for a true and open cost/benefit analysis? The commission will be meeting on Jan. 6, GRNC informs us, soliciting area gun owners to attend and make their voices heard. In the meantime, and to perhaps light a fire among commission members and the sheriff, and to remind them who they work for, contact information, including telephone numbers and email addresses, and suggested talking points, are included at the end of the alert. Additionally, a petition has been posted to Change.org by local advocate Mark Valletta asking to “stop the closing of the Wake County NC Firearms Education Training Center to the public.” The County Manager assuming control means officials have heard the voices of gun owners. Now is not the time to let up – it’s the time to secure commitments. It also sounds like it might be time to get a new sheriff. About David Codrea: