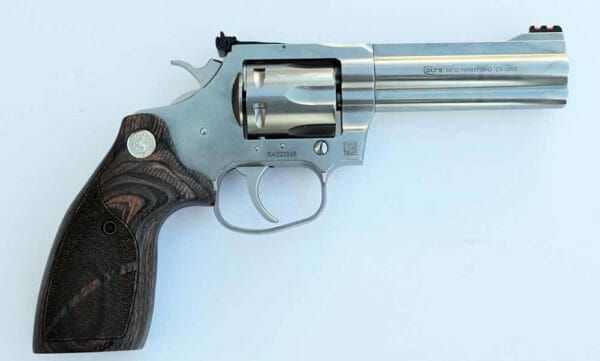 Colt King Cobra TargetU.S.A. –-(Ammoland.com)- In 2017, Colt launched their newest revolver in the form of a 6-shot stainless steel, double-action snub nose chambered in 38 Special called the Cobra. They followed this one up with the Night Cobra, King Cobra and King Cobra Carry. However, earlier this year they caught my attention with a new model: The King Cobra Target. Like the previous 2 King Cobra models, this one is chambered in 357 Magnum. Personally, I love target-grade firearms of any type, but especially revolvers. I read every presser I could find on this and discovered that it had a 4 ¼” barrel, adjustable rear sight, elevated fiber optic front sight, and custom wood medallion grips made by Altamont. The 4 ¼” barrel threw me for a bit of a loop. “I thought they said ‘Target'?”. I have accurate wheel guns in 3″ and 4″ configurations, but when I think of a factory target revolver, I tend to think a 6″ bbl at the very least. I ordered one from Colt and it took a while for me to get it and when I received it, I understood the reasoning. If you were thinking of the old King Cobra released in 1986 that was based on the Colt Trooper in the medium-sized “V-frame”, you might be in for a bit of a shock. The new King Cobras are based on the smaller “D-frame”, similar to the Detective Special and Cobra lines. The naming convention does cause some concern as parts between this and the King Cobras from the last century will not interchange. 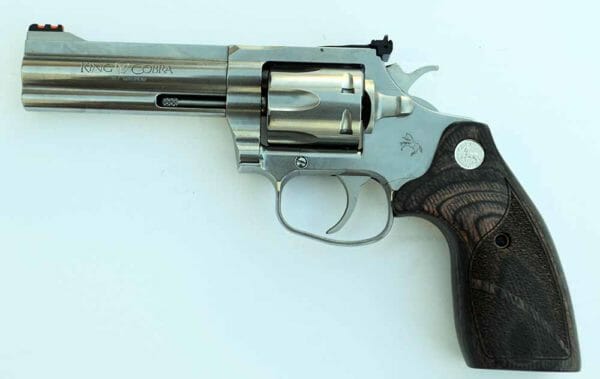 Colt King Cobra TargetIt made sense for the 4 ¼” barrel, now. A longer barrel would definitely throw off the balance of the revolver. The frame and barrel are forged from stainless steel. Fit and finish was nothing short of excellent and the Altamont grips were beautiful. The trigger was extremely smooth and broke at 8.5 pounds in double-action mode and 3 pounds in single-action. Range Time I tested the Colt King Cobra Target at 25 yards (75 feet) with an assortment of 38 special and 357 Magnum ammunition. The best groups were achieved with 148-grain HBWC (Hollow Based Wad Cutters) that I loaded myself with 3 grains of Winchester 231 for a 1.65″ group. These are very mild target loads that average 750 fps. I moved on to Hornady’s 110 grain +P FTX (Flex Tip Expansion) 38 Special Critical Defense rounds which achieved 1000 fps out of the Colt King Cobra Target and the group opened up to 2.51″.

Classic Special and Magnum Cartridges: 38 Special and 357 Magnum, 41 Special and 41 Magnum, 44 Special and 44 Magnum.Next, I selected a box of Federal 125gr JHP in 357 Magnum. These bullets left the bore at 1435 fps and while recoil was not unpleasant, you knew that you were not shooting a 38. The average group size was 2.28″. I was actually a bit surprised that the Federal 357 performed so well, but that is what the revolver was rated to handle. I would caution against a steady diet of 357 Magnum in a revolver of this size. I have been shooting, collecting and tinkering with Colt revolvers for a very long time. In my experience, their excellent lock work is prone to shooting out of time earlier than other revolver brands and a steady diet of hot loads will only accelerate that. 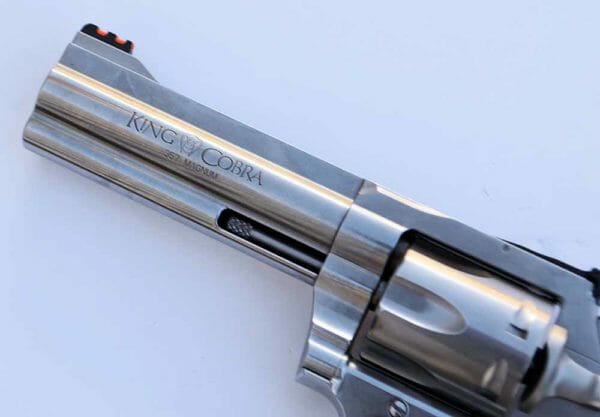 Colt King Cobra TargetFinal Thoughts I own and shoot a lot of target revolvers, but I do not know if I would put the King Cobra Target in that category. If features like the sights and those grips are what make it a target pistol on some level and the bbl. length helps Colt get this revolver into other markets, I am definitely all for it, but I see another use here as an accurate 4” carry handgun. Very few people would feel outgunned with this revolver as a sidearm. It can pack a stout load and deliver shots on target. I just do not think it is up to the makings of a competitive shooting revolver. The match accuracy is not quite there, and the smaller frame will beat the internals alive with thousands of rounds of ammunition. It is still an accurate handgun and a quality made one, it's just not what I would choose for a competitive target revolver. After my last foray into a double-action Colt, I am not looking forward to trying to fix another one in this lifetime! All that said, I have been highly impressed with Colt's post-2017 double-action revolvers and will add to the chorus: “Please, Colt, manufacture a revolver like this a size or two up.” I am not asking for a direct resurrection of the Python, maybe a stainless Trooper or an original King Cobra as they were made in the 1980s and 1990s. 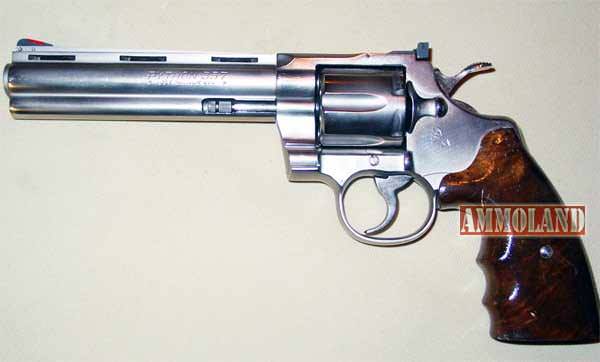 Colt Python 357 RevolverA line of larger-sized stainless-steel double-action revolvers based on the classic snake guns could be a strategic move that would allow Colt to own the revolver market once again. They clearly have the ability. They just need to make it happen. The Colt King Cobra Target is another step in the right direction. 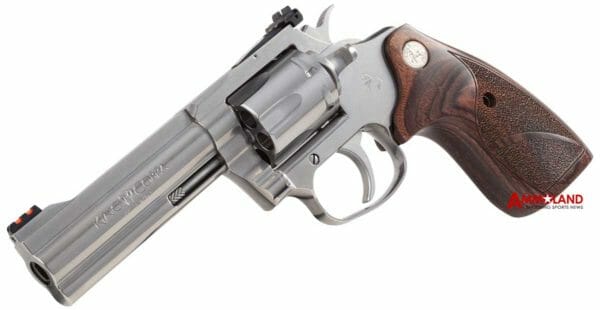