Time To Go Loud: When Deadly Force Is The Only Option

Time To Go Loud: When Deadly Force Is The Only Option 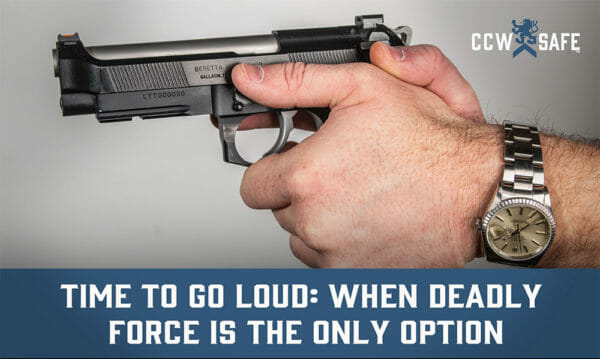 About CCW Safe, LLC: Founded by former police officers and attorneys who have all worked on local, and federal levels of law enforcement, CCW Safe, LLC offers legal service membership plans for concealed-carry permit/license holders and law enforcement officers. Two of the founders, Mike Darter and Stan Campbell, have spent more than 20 years each in law enforcement and have been a victim of federal lawsuits themselves from shooting and use of force incidents as police officers.  General Counsel, Kyle Sweet, is a former police officer and current owner of Sweet Law Firm, representing hospitals and health care professionals across the United States.  With a strong membership base in 50 states, CCW Safe will have the most experienced attorneys in the jurisdiction of the incident handle members’ cases. Learn more about how to become a member at CCWSafe.Com.