Lies Cost Lives in Virginia Politics, iStock-884220580U.S.A. -(Ammoland.com)- This is the holiday season. We lie to ourselves and gain weight. We say we’ll exercise to make up for what we ate and drank. Good luck with that. I know those extra pounds will have to come off sometime. That extra glass of wine and that little piece of pie are the small lies I tell myself. The big lies I notice are broadcast on the news, and those lies are getting us killed. Democrat politicians in Virginia said we would be safer if we were disarmed. That isn’t true, and what is worse is that the gun-control laws in place today are already too severe and are getting us hurt. This is where we are, where we should go, and where the Virginia Democrats will take us. 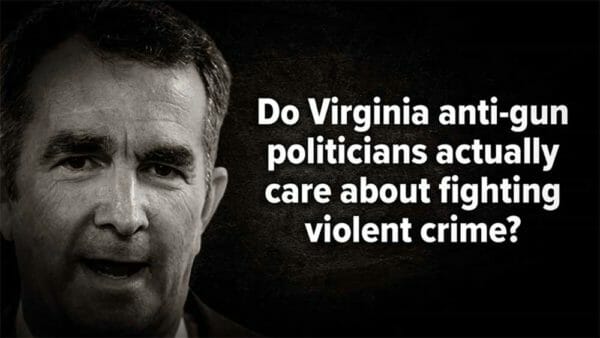 Virginia Governor NorthamYou might not have noticed, but you save lives until the police arrive. You defend yourself at home, you do it as you’re walking across the grocery store parking lot, and you do it every day and every night. On rare occasions those lifesaving events might make it into the news, but the vast majority of them don’t. These self-defense cases don’t get reported because you didn’t have to shoot anyone. The criminal ran away because you were not the disarmed victim he thought you were. You made all of us safer, so thank you. You didn’t press the trigger, so the stories never made it onto the back page of the newspaper. These invisible examples of armed defense happen a lot in Virginia. Honest citizens like you defend themselves with a firearm about once every 16 minutes in the Commonwealth. That may not sound very often until you add them all up to over 33 thousand times a year. That number may sound like an unimportant statistic.. unless it happened to you or someone you love. The rate of concealed carry in Virginia is slightly above the national average. Unfortunately, so is the crime rate. If you think about it, you probably know someone who was a victim of violent crime. Virginia Democrats want you disarmed, and that is dangerous. We think of Virginia as being a pro-gun state. Today, we can buy a gun without asking the state for permission, and we can apply for a concealed carry license. That sounds good, but let’s compare Virginia to other states. Some states have a concealed carry licensing program that is as easy as registering a car, getting a driver’s license, or registering to vote. In those states, the concealed carry rate is between three and four times higher than in Virginia. That is an important difference. Combine the number of people we disarmed in Virginia with the rate of crime. When we do that, we find that we disarmed about a 100 thousand victims each year in Virginia. We disarmed the good guys who needed to defend themselves. We did that, because elections have consequences.. and those consequences are going to get worse. Young women are disproportionately targeted for sexual assault. When you stop to think about it, you probably know someone who was sexually assaulted. Virginia Democrats want to deny the right of self-defense to young people under the age of 21. Virginia Democrats want to make it illegal for young adults to buy a gun, and these anti-rights politicians want to make it illegal for your daughter or niece or your roommate to have access to your firearms if they are under 21. We’re talking about 140 thousand young adults in Virginia the politicians want to disarm. Criminals prey on young people because criminals don’t want a fair fight. Unfortunately, you won’t be there to protect them and neither will the police. Our sons and daughters have to protect themselves until the police arrive. If allowed, those 140 thousand young adults would defend themselves about 500 times a year. About 40 of those examples of armed defense would be to stop a sexual assault. Virginia Democrats promise we’ll safer if they disarm the victims. I disagree. We’d be safer if more of us had tools of self-defense. We’d be safer if more of us carried the tools of self-defense. Look at these young adults from another perspective. These young adults can pilot an airplane, drive a commercial truck, get married and have children, and become police officers, but Virginia Democrats say these young adults shouldn’t defend their family at home. I don’t believe it, and the facts back me up. Perhaps Virginia Democrats don’t know that concealed carry license holders are more law-abiding than the police. Perhaps the politicians don’t know that honest citizens who legally carry a firearm in public are much less likely to shoot innocent people than the police. This makes sense when you think about it. Like you, your neighbors feel the moral weight of armed defense. Maybe Virginia Democrats are ignorant, or maybe they don’t care. The politicians don’t have to care. After all, the media doesn’t hold these politicians accountable for their failed political policies like “gun-free zones”. The politician only needs a good press release and another campaign contribution from New York billionaire Michael Bloomberg. What works for these politicians doesn’t work so well for us. It is up to us to make them care. Start with your local gun club, with your local political organizations, and with your county board of supervisors. Talk to your sheriff. Getting off the couch will save lives.. particularly after we ate too much over the holidays. You know what to do, so go do the work. About Rob Morse