Standing Guard Over Your Constitutional Rights

Standing Guard Over Your Constitutional Rights 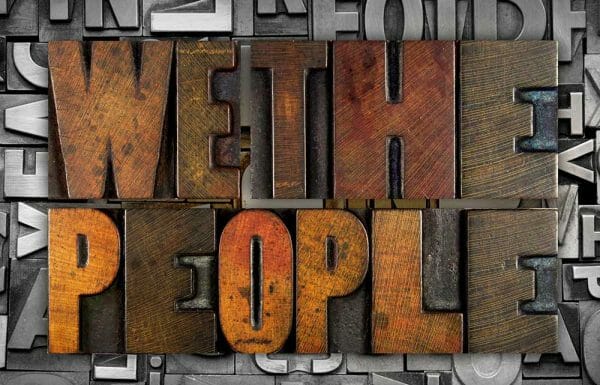 Standing Guard Over Your Constitutional RightsUSA – -(AmmoLand.com)- One doesn’t need to look hard to see that our Second Amendment rights, and our industry, is under fire by those who can’t fathom an individual who chooses to exercise their right to keep and bear arms. A recent Harris poll, as reported by USA Today, showed that nearly 50 percent of all Americans are “concerned that their… right to bear arms… (is) at risk.” We get it. We’re in the halls of Congress and our state capitals working to defend against attacks on our industry and Americans’ ability to buy the firearms they choose to shoot with recreationally, hunt and defend themselves and their families. The mission of the National Shooting Sports Foundation, as the firearms industry trade association, is to promote, protect and preserve hunting and the shooting sports. We represent the manufacturers, distributors, and retailers of firearms, ammunition and related products, as well as shooting ranges across the United States. The hardworking, patriotic people that comprise this essential American industry depend on our work to not only protect their businesses and livelihoods, but also to protect the crucial function they play in fulfilling the ability of all Americans to keep and bear arms. Awakening We share the concerns of those who are witnessing the continuous assault on our civil liberties. The NSSF exists because of the Second Amendment. Without it, there are no protections for Americans who buy our firearms. This freedom which is enjoyed by all citizens faces unprecedented threats, and Americans are paying attention. It’s being manifested in the surge of jurisdictions adopting “Second Amendment sanctuary” status in response to pressing legislative threats to our rights. The Second Amendment isn’t the only right people see as threatened, however. Forty-eight percent of Americans also see their freedom of speech threatened while 37 percent of people see their freedom of religion threatened. These figures aren’t outlandish to those following what is being said in the 2020 Democratic primary for president or those observing college campuses across the country. It is perfectly reasonable for Americans to worry that their right to keep and bear arms is in danger when firearm confiscation is a mainstream talking point among Democratic candidates for president. On college campuses, these aren’t rhetorical debates. They are violent protests against young adults by communist Antifa thugs who are afraid to show their faces. Inherent Rights Our industry and America’s gunowners understand, however, that the Second Amendment contains crucial language that guarantees the preservation of all of our other rights as citizens. It reads that the “security of a free state” is dependent on “a well-regulated militia” made up of “the People” who have a God-given, pre-existing common law right to “keep and bear arms.” Without the Second Amendment, our ability to speak freely, worship freely and debate freely would face threats not even yet considered by those who participated in the Harris poll. The Second Amendment is why our industry exists. The threats to our rights are indeed very real but the fastest way to lose them is to bury our heads in the sand instead of challenging those who wish to take them away. We’re not idle in this fray. We are undaunted and unrelenting. Our civil rights are critical to our industry, and our industry is critical to ensure the preservation of all of our rights.

About The National Shooting Sports Foundation The National Shooting Sports Foundation is the trade association for the firearms, ammunition, hunting and shooting sports industry. Its mission is to promote, protect and preserve hunting and the shooting sports. Formed in 1961, NSSF has a membership of more than 10,000 manufacturers, distributors, firearms retailers, shooting ranges, sportsmen's organizations, and publishers. www.nssf.org