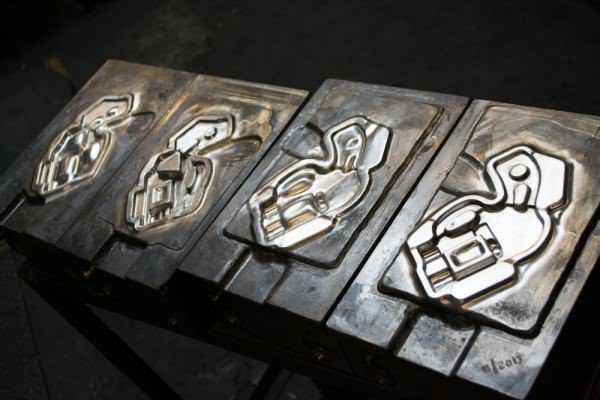 2019 Industry Victories Lead To 2020 Work To Be Done: A set of revolver frame forge dies. Note the increase in detail from left to right.USA – -(AmmoLand.com)- The firearms industry had reason to celebrate in 2019. NICS checks are now increasing, an opportunity arose and the National Shooting Sports Foundation is marking legislative victories. Industry indicators show a healthy and robust firearms and ammunition manufacturing industry. This year’s NICS checks consistently beat the pace of 2018 each month since April. Economic Indicators The total number of firearm background checks conducted on Black Friday, Nov. 29, 2019, was 202,465. That is the second-highest single day for the FBI National Instant Criminal Background Check System (NICS) in history, dating back to 1998 when NICS was implemented. It also represents an 11 percent increase over last year’s Black Friday total. Checks for November 2019 totaled 1,342,155, a 2.1 percent increase over November 2018. December’s figures were still being tallied when this went to publication, as was the year’s total as this was being written, but some suggested this year’s total adjusted NICS checks would surpass those of 2018. That’s not the only beacon. The firearms and ammunition industry total economic output in the United States increased to $52.1 billion in 2018 from $19.1 billion in 2008, a 171 percent increase, according to a report released in April 2019 by NSSF®. In the last three years alone, the industry’s economic impact rose to $52.1 billion in 2018 from $49.3 billion in 2015 Our industry’s companies employ as many as 149,146 people nationally and generate an additional 162,845 jobs in supplier and ancillary industries. Not only does the industry create jobs, it also generates sizeable tax revenues. In the United States, the industry and its employees pay over $6.82 billion in taxes including property, income, and sales-based levies. Legislative Victories 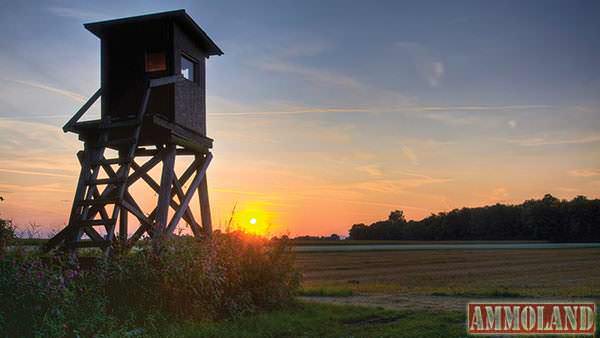 NSSF applauded Pennsylvania for allowing Sunday hunting for the first time in more than 100 years.The good news isn’t limited to economic indicators. Legislatively, NSSF chalked up wins for sportsmen and women. Following victories in West Virginia and Delaware in 2018, NSSF applauded Pennsylvania for allowing Sunday hunting for the first time in more than 100 years. NSSF made Sunday hunting a priority issue in Pennsylvania, leading the Sunday Hunting Coalition, along with 15 other like-minded hunting and conservation groups and outdoor retail businesses. This adds to NSSF’s recent Sunday hunting achievements in North Carolina, Maryland, Virginia and South Carolina. Maine and Massachusetts still have outright Sunday hunting bans, and several states still restrict hunting, including allowing hunting only on private lands. The industry is leading on the safety front as well. Texas Gov. Greg Abbott pledged $1 million to bring NSSF’s Project ChildSafe® program to the state, and the firearms industry is delivering. The grant was provided and NSSF shipped 10,000 of the 625,000 firearms safety kits with gun locks to the Lone Star State. Twenty-nine law enforcement agencies have requested the kits to date, ranging from the Bexar County Sheriff’s Office to the Dallas Police Department and the Alvin ISD police department. NSSF has conducted Project ChildSafe for 20 years, distributing more than 38 million kits to over 15,000 law enforcement agencies and encourages all firearms owners to lock firearms when not in use to deny access by unauthorized users. National Shooting Sports Month® is gaining among our state and national elected officials. With NSSF’s encouragement, several governors issued proclamations in 2019 to recognize August as National Shooting Sports Month in their respective states, including South Dakota Gov. Kristi Noem, South Carolina Gov. Henry McMaster, Oklahoma Gov. J. Kevin Stitt, Arizona Gov. Doug Ducey and Georgia Gov. Brian Kemp. The governors were joined by President Donald Trump as the White House issued a Presidential message to the nation on the first day of National Shooting Sports Month detailing the importance and tradition of the shooting sports in America. Dozens of politicians visited ranges and retailers to see the impact of our industry in their districts. This interaction is crucial to industry success on Capitol Hill and in the statehouses. On the federal level, NSSF culminated 11 years’ worth of work when President Donald Trump’s signed of H.R. 1222, the Target Practice and Marksmanship Training Support Act (Public Law No: 116-17). The law allows states to use a 90 percent federal fund match derived from the Pittman Robertson excise taxes paid by firearms and ammunition manufacturers. Previously, states were required to pay 25 percent of the cost to gain a 75 percent federal match. The new law also expands the time by which the project’s funds must be expended. We are already beginning to see state’s take advantage of this new-found flexibility. State legislatures were no less busy. NSSF’s defeat ill-conceived gun-control proposals in many states, including bills in Rhode Island that would have banned standard capacity magazines, all modern sporting rifles and increased the purchase age for rifles and shotguns to 21 from 18, a Delaware bill to nearly all semiautomatic rifles, and a traditional ammunition ban bill in Minnesota bill. Moving forward, NSSF is expecting gun control advocates to rely more heavily on ballot measures to advance their agenda. None of this, however, means work is slowing down. Unfinished tasks in Washington D.C. and threats to the industry continue to arise in the states. The transition of export licensing and oversight for commercial and sporting firearms and ammunition products to the Commerce Department from the State Department is imminent, as this article went to print. Final rules are expected to be published soon, and once published, will become effective 45 days after. That’s an effort NSSF has been leading to level the competitive playing field for American based manufacturers for many years. NSSF is taking action to protect retailers from thefts and burglaries and supports the passage of the Federal Firearms Licensee Protection Act of 2019 (S. 1788/H.R. 2179), introduced by Sen. Lindsey Graham (R-S.C.) in the Senate and by Rep. Conor Lamb (D-Pa.) and Rep. John Rutherford (R-Fla.) in the House. The bill enhances penalties for stealing guns from an FFL. The bill complements NSSF’s Operation Secure Store® partnership with ATF and retailers to help try to prevent thefts from occurring. Statehouse industry challenges remain. Gun control zealot and billionaire presidential candidate Michael Bloomberg poured in $2.5 million to flip Virginia for gun control. Now, pre-filed legislation lays out the anti-gun ambitions, including a ban on the possession of so-called “assault firearms,” which expands current definitions to include many other shotguns, rifles, and handguns. That’s riled up the Old Dominion and before Christmas, more than 100 counties, cities, and communities passed resolutions to protect Second Amendment rights. Gov. Ralph Northam somewhat backtracked and promised to “grandfather” and register existing firearms. Other gun-control bills include banning firearms training, youth hunting alone and threats to defund police refusing to enforce Second Amendment encroachments. NSSF is also monitoring and working to defeat threats to manufacturers and retailers in Maryland, Ohio, Illinois, Washington, Oregon, Colorado, and Florida, where gun control advocates are pushing a modern sporting rifle ban ballot initiative. Atop all that, every Democratic candidate vying to challenge President Trump for the White House in 2020 has promised some gun control, including repealing the Protection of Lawful Commerce in Arms Act, mandatory authorized-user or so-called “smart gun” technology, reinstating the 1994 Assault Weapons Ban, national federal licensing schemes and outright force confiscation of lawfully possessed modern sporting rifles. Our industry is strong. With member support, we’ve overcome challenges and achieved milestones. The coming year will be no different and we look forward to opportunities our industry will see in the coming year and decade.