Anti-Gunners Are the New Social-Minority Group

Anti-Gunners Are the New Social-Minority Group

Opinion by Dan Wos
Author – Good Gun Bad Guy
How many Social-Minority groups does the Left have to create before they can control society? 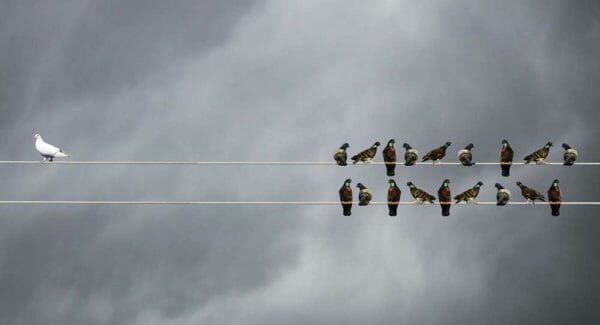 Anti-Gunners Are the New Social-Minority Group – iStock-1129178528USA – -(AmmoLand.com)- When will the anti-gun crowd realize that their fear of guns has been cultivated through a consistent diet of scary gun rhetoric and propaganda over the course of decades? When the political-right seeks election victory, they look for votes from those who want a traditional America. In exchange they promise those voters that they will uphold traditional American values; a strong economy, gun-rights, religious rights, freedom of speech, a strong military and all the things our country was founded on. Whether or not they deliver on those promises, is another story. It’s different on the left. When the left needs votes they pander to minority or social-justice groups because they know that if they can generate enough support, they can out-vote traditional Americans. You’ll know this is true because around 2011, Democrats abandoned the white, middle class, blue-collar voter in favor of anyone else. Not only did the white, middle class get ignored, they got demonized. Racist! White Privilege! Bigot! …etc. In modern times, minority groups are not only defined by color or race. Minority groups have been created based on social values as well; Climate-Activists, Socialists, abortion supporters, Anti-Gunners, multiple genders, and the list goes on. The goal, for the Left, is to capture as many people as possible by appealing to as many individuals, emotionally-driven causes as possible. That may be why they have added so many letters to the gay community? LGBTQ… More identities equal more potentially displaced members of society. The more groups the left can carve out of the American culture and make feel victimized, the better chance they have of pulling votes from the Republican/Conservative pool because the chance of minority or social group voters with values that overlap the Republican voter block becomes greater as these groups become more plentiful. Whatever happened to the “melting pot?” The Left figured out that more “individual identities” brings more division. The division creates competition. Competition equals votes if they can be given a team to join. Plus, there’s a certain level of righteousness in being the victim or oppressed. What if we could all be “Americans?” …Sorry, that ship has sailed. The reason it is possible to pull voters is because most often, the emotional causes trump rational thinking. There is more likelihood that voters can be picked from the Republican pool, if more personal causes can be given a group-identity that the Left can pander to. An example would be, a non-gun-owning Republican. If that non-gun-owning Republican can be scared into anti-gun-ism, the left awaits him with open arms. His gun-fear, regardless of how illogical and fabricated it may be, might outweigh his party loyalty causing him to vote for the politician that promises to keep him safe. On the left, however, party loyalty typically holds the highest position of hierarchy. Don’t believe me? Then ask yourself why it is that the left-wing media and politicians are the only ones out there screaming for their causes and demonizing anyone who doesn’t agree with them. There is a whole lot of hysteria around climate change, gay rights, abortion, and those scary guns. It’s because they have done the math and they know that the more people they can isolate and enrage, the more voters they can pull to their side, as long as they have a corresponding minority group to place them in or protest group they can associate with. The left’s gun-fear campaign has been successful in gathering people who may have never given guns a second thought in the past. There was a time when non-gun-owners weren’t scared to death of guns. What changed? Knowing that fear is the strongest human emotion, the left propagates gun-related attacks and convinces those who don’t know any better that they could be next if they don’t get on board with the gun-grab. This is why Democrat politicians will say things like, “We have to get these weapons of war off the streets of our communities.” It brings the fear close to home, in the hopes of pulling votes from the Republican pool. Our Founding Fathers may not have envisioned some of the strategies these enemies of traditional America would use, but they knew the gun-grabbers would be coming. That’s why the 2ndAmendment was written. So, although we don’t have to worry about Beto O’Rourke physically coming for our guns, we should be very concerned with the ideology of the Left because it is dangerous. Many have lost sight of what this country is all about. Many of them are young enough to have never had real American values to begin with.