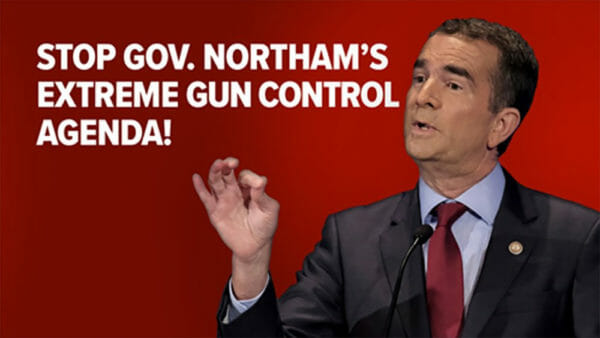 Virginia Governor Ralph Northam nra-ila imageU.S.A. –-(Ammoland.com)- Politicians and journalists often portray fiction as fact. It is easy to be opinionated, but hard to be informed. This came to mind as I listened to Virginia Democrats tell us we’d be safer if we were disarmed. What is the truth about gun-control laws? What politicians say a law will do might have nothing to do with what the law actually does. Lives are at stake when gun-control laws fail. Saying that the next gun-control law is necessary to stop violent crime admits that the 23 thousand firearms regulations already on the books didn’t work as advertised. It is a rare politician who admits how limited the government really is when it comes to public safety. Fortunately, we’ve lived with firearms for several hundred years. We know some things that work. Here are a few inconvenient truths I’ve found after a few decades of study. Inconvenient Truth: Most gun-related deaths are suicides, not murders. Unfortunately, restrictions on firearms have not reduced the rate of suicide. Fortunately, informed gun owners are reaching out to other gun owners who are dealing with mental illness. Mental health treatment works. We’re changing the gun culture for the better, no thanks to the politicians. Inconvenient Truth: Most murders with a firearm in the United States are committed by members of criminal gangs. The police know who most of these murderers are. Gun-control laws that restrict the actions of honest gun owners have not changed the actions of known criminals. Most of the young people shot with guns are gang members who were shot by other gang members. Unfortunately, some of the victims are also innocent bystanders or victims of crime. Disarming the innocent victims doesn’t stop the criminals. Inconvenient Truth: Background checks don’t reduce the rate of violent crime. Criminals don’t buy their guns at gun shops or gun shows. Criminals get their guns the same way they get their drugs; they get them illegally from other criminals. (By the way, there is no gun-show loophole. Every law that applies outside a gun show also applies inside a gun show.) Inconvenient Truth: Honest gun owners do not cause crime. In fact, licensed concealed carry holders are both more law-abiding and more accurate with their guns than the police. Civilians with a permit to carry a gun in public are the most law-abiding group that sociologists can find. Inconvenient Truth: Civilian gun ownership is the most cost-effective way to reduce violent crime. Inconvenient Truth: Owning a gun does not make you more likely to be a victim of violent crime. It is true that people who live in high-crime areas are more likely to want a firearm for personal protection. People tend to be more sensitive about personal safety when someone they know have been victims of violent crime. Gun ownership is often a response to criminal violence rather than the cause of it. Inconvenient Truth: Criminals don’t often take a person’s gun and hurt them with it. There are more examples of victims disarming criminals than criminals disarming victims. Inconvenient Truth:  A sexual assault almost never becomes rape if the victim is armed. The armed victim is such an uninviting target that the attacker usually runs away once he sees that the victim is armed. Inconvenient Truth: Criminals don’t fight fair. There are usually several criminals attacking a single victim. We civilians are the first victims of crime. Police are our backup and usually arrive after the fight is over. Here is one last inconvenient truth: Politicians often exempt themselves from the laws they pass. Some politicians own guns. They must think guns are useful. Some politicians have armed security. They must think guns make them safer. If politicians don’t live by the gun regulations they want for us, then the politicians don’t believe in gun control. I agree with what these gun-control politicians do even if I disagree with what they say, and that is the truth. The world isn’t safe. If you don’t believe me, then ask a policeman who deals with criminals every day. The policeman wants a firearm because he lives in a dangerous world. Unfortunately, the average criminal will victimize over 20 civilians before the policeman catches him. That is why you and I need a firearm too. We have to protect ourself and our loved ones until the police arrive, and we only call the police after we’ve been attacked. There is no doubt that self-defense is inconvenient, but I’d rather be inconvenienced now than be a helpless victim later. To make matters worse, you don’t get to pick when you might be attacked. ;-( About Rob Morse