Virginia: Tell your Sheriff to Take a Stand

Virginia: Tell your Sheriff to Take a Stand 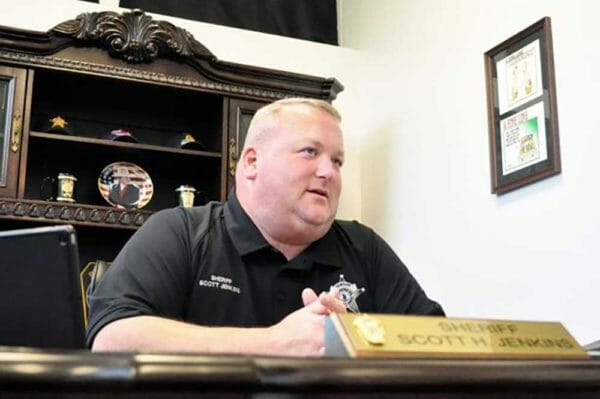 Culpepper County Sheriff Scott JenkinsU.S.A. –-(Ammoland.com)- Faced with the introduction of legislation in the 2020 General Assembly requiring confiscation of commonly owned firearms, many Virginians who strongly support the Second Amendment are taking a stand. In the last few weeks citizens from over 75 Virginia counties, cities and towns have convinced their local governing bodies to pass resolutions in support of protecting their Second Amendment rights by proclaiming their local jurisdiction a “Sanctuary” which would not enforce federal or state gun laws that are unconstitutional. Many more Resolutions are now pending in other counties around Virginia. Equally important, we must also urge our local Sheriffs to decline to enforce unconstitutional gun laws! In some jurisdictions, the Sheriff is the chief law enforcement officer. In others, the Sheriff works with the courts while uniformed police do the day to day law enforcement. Already, at least a few sheriffs are taking a strong stand against Governor “Blackface” Northam’s plans for gun control: Please take a few minutes to email your local Sheriff to urge him to not assist in the enforcement of unconstitutional gun laws. Or, if you know that your sheriff has taken a strong stand already, then please thank him. And please forward this alert with your friends and neighbors across Virginia asking them to do the same. P.S. Gun Owners of America has provided draft SASO language which can be editable and useful for introduction in your county. Please click here to learn more about our Second Amendment Sanctuary Ordinance and to download a copy for yourself. About Gun Owners of America (GOA) :

Gun Owners of America (GOA) is a non-profit lobbying organization formed in 1975 to preserve and defend the Second Amendment rights of gun owners. GOA sees firearms ownership as a freedom issue. `The only no comprise gun lobby in Washington' – Ron Paul Visit: www.gunowners.org to Join.