Virginia: January 20 will be the Most Important Lobby Day… Ever!

Virginia: January 20 will be the Most Important Lobby Day… Ever! 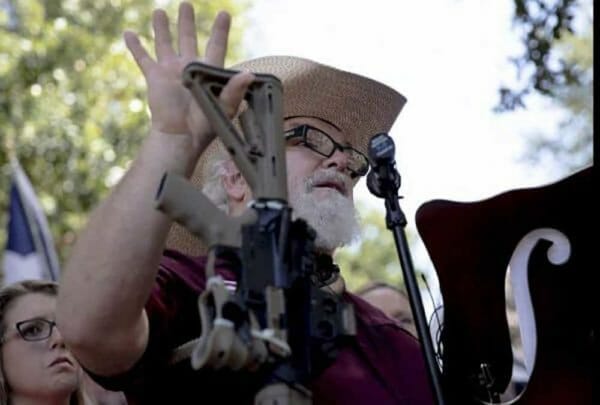 Texas hero Stephen Willeford (pc: Nick Wagner, American Statesman)U.S.A. –-(Ammoland.com)- Mark your calendars for January 20, 2020, for the most important VCDL Lobby Day ever held in Richmond. Please plan to be there! Gun owners and those who value liberty will be gathering from across the state to show the legislators in Richmond that Virginians will not accept their rights being infringed. And there will be several speakers there, including GOA’s Senior Vice President Erich Pratt. GOA’s Senior Vice President Erich PrattWith a number of extreme gun control proposals set to be voted on the next session, it is vital for as many people as possible to be at the capitol on January 20 to tell the Governor and his legislator allies that this is unacceptable. To facilitate getting as many people there as possible, buses and carpools will be running across the state on January 20 to get people to Richmond. So, even if you can’t make the drive yourself you can still attend! Go to VCDL’s homepage to get all the details about buses leaving from your area. Again, GOA’s Erich Pratt will be speaking — along with GOA’s Director of Outreach Antonia Okafor. And, Stephen Willeford — the hero of Sutherland Springs, Texas, — will be there, as well. Willeford acted bravely in 2017 when he used his AR-15 to mortally wound a vicious gunman who murdered over 20 people inside a local church. Other speakers will be there, including Dick Heller of the landmark Supreme Court Case DC v. Heller. Again, for more information on the itinerary, transportation, or speakers, please visit the VCDL page found here. And for further questions about carry at the event, please see VCDL’s alert here. About Gun Owners of America (GOA) :

Gun Owners of America (GOA) is a non-profit lobbying organization formed in 1975 to preserve and defend the Second Amendment rights of gun owners. GOA sees firearms ownership as a freedom issue. `The only no comprise gun lobby in Washington' – Ron Paul Visit: www.gunowners.org to Join.