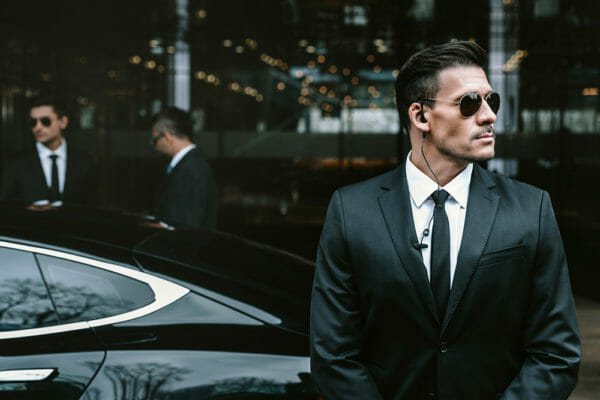 Newly elected lawmakers in the Commonwealth of Virginia voted to ban firearms carried by the public in the state Capitol buildings on Friday, but not for their armed bodyguards. iStock-983223912Richmond, VA –-(Ammoland.com)- Newly elected lawmakers in the Commonwealth of Virginia voted to ban firearms carried by the public in the state Capitol buildings on Friday, but not for their armed bodyguards. This move comes ahead in what will be a hard-fought battle between pro-gun and anti-gun politicians and citizens. On Monday, January 20th, 2020, the Virginia Citizens Defense League will be holding its annual Lobby Day. This action by the Democrats in the legislature seems to be a preemptive move in response to the gun rights rally. Virginia is at the forefront of the national gun-rights battle. In the last election cycle, Bloomberg backed groups dumped millions into supporting anti-gun candidates. With control of all both chambers of the legislature and the Governorship, Democrats have introduced extreme gun control measures such as an “assault firearms” ban, banning of non-government owned indoor ranges, universal background checks, and red flag laws. Gun owners have turned out in droves to local city and county council meetings to demand that they declare themselves Second Amendment Sanctuaries. Hearings have gone on for six to eight hours and late into the night. At this point, over 120+ jurisdictions have passed resolutions stating that they will not enforce the Unconstitutional gun laws. That equals roughly 96% of the state. VCDL estimates 120,000 gun owners are coming to Richmond for lobby day. Full buses are coming from all over the state and as far away as Connecticut. “Our focus here is to keep everybody safe,” [read: especially us] said House Speaker Eileen Filler-Corn. “These are policies and rules that should have passed a long, long time ago.” A hot mic caught Filler-Corn and Dave Marsden discussing gun owners. The pair decided not to respond to any of the gun owners at a meeting in Fairfax County. Marsden went as far as calling gun owners “little kids” and, in a follow-up email, said that gun owners are mentally deranged.
https://www.youtube.com/embed/6Y0kzXhins0
House Majority Leader Charniele Herring claimed that Capitol Police suggested the new rule. “I just have to say that this is something that's been recommended by our Capitol Police. And I think there are times when we sort of have to trust what our law enforcement officers are telling us,” Herring said. The Capitol Police denies that it made the recommendation. Capitol Police Col. Anthony Pike went on record stating that the department never suggested that gun owners should disarm to enter the building. Herring refused to address the contradicting statements. Republican members took issues with the new rules. Del. Kirk Cox was outspoken about the change to the rules. “That was a deliberate misrepresentation,” said Cox. “There's just no way around that.” These rules are not laws. Police will deny entry to the Capitol buildings but will not arrest the gun owners. Previously anyone with a concealed handgun permit was allowed to carry inside the Capitol buildings. Some gun-rights activists suspect the rule is to cut down on gun owners visiting the Democrats in office. They hope that it encourages more people to show up and speak with the Democrats about what they feel is violations of their rights. While the new rules ban guns from inside the building, they do not apply to the surrounding areas. The Governor is the one official that can issue a ban on firearms on Capitol property. So far, the Governor has been reluctant to ban guns on Capitol property. Gun activist has already been working out how to store guns with other gun owners and enter the Capitol. Lobby Day will take place on January 20th. Speakers will include Phillip Van Cleave, Erich Pratt, Antonia Okafor, Stephen Willeford, Dick Heller, Cam Edwards, Delegate Nick Freitas, and many others.
About John Crump John is a NRA instructor and a constitutional activist. He is the former CEO of Veritas Firearms, LLC and is the co-host of The Patriot News Podcast which can be found at www.blogtalkradio.com/patriotnews. John has written extensively on the patriot movement including 3%'ers, Oath Keepers, and Militias. In addition to the Patriot movement, John has written about firearms, interviewed people of all walks of life, and on the Constitution. John lives in Northern Virginia with his wife and sons and is currently working on a book on leftist deplatforming methods and can be followed on Twitter at @crumpyss, on Facebook at realjohncrump, or at www.crumpy.com.