https://www.youtube.com/embed/QyExIVtXerI
USA – -(AmmoLand.com)- Derya Arms' MK-12 and IPSC Made for Each Other! The MK-12 IPSC Version is a popular shotgun for IPSC sportsmen and it is second to none. With its five different barrel lengths, forends, accessories and color options this MK-12 can be modified just as you want. Derya Arms International Arms Company MK-12 IPSC Version Shotgun

Derya Arms International Arms Company MK-12 IPSC Version ShotgunShow your difference with your shots and modifications. This shotguns are IPSC certificated thanks to the DERYA-IPSC partnership. There are no other alternatives in the most challenging tournaments! The special trigger for this model, the enlarged magazine release button, which allows you to switch faster and the ambidextrous safety will never stop your speed. Safety and charging handle can accommodate both left- and right-handed shooters. With the help of the Derya belt, pouch, and magwell, using magazines with the capacities of 5, 10 and 20 rounds are now easier and more effective and with three different compensator options, it has a tremendous shooting accuracy and looks dangerous. 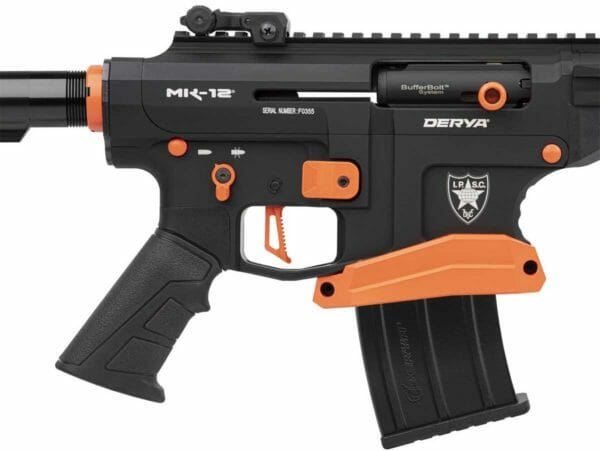 Derya Arms International Arms Company Derya Arms was established in the year 1998 in the Turkish Province of Konya. Derya Arms is confirmed to be one of the best Turkish manufacturers of shotguns, by importers, wholesalers, and end-users from all around the world. Derya Arms manufactures Shotguns only according to TSE, SAAMI and CIP standards. Currently, we are exporting to every continent the world, supplying hunters, sport and competition shooters and security companies with the most reliable shotguns imaginable. www.deryaarms.com/en/