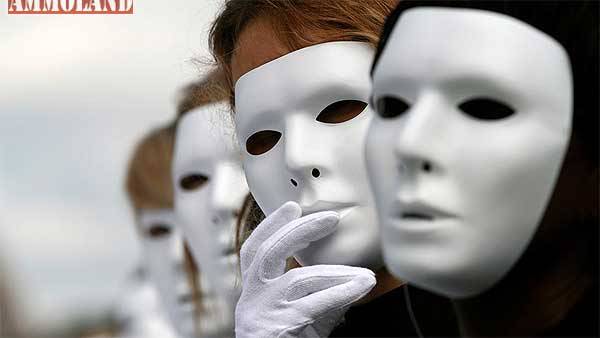 Masked Gun BannersRichmond, VA –-(Ammoland.com)- The first flood of Virginia Democrat's anti-gun bills will hit the Virginia Legislature on Monday, January 13th, 2020. Ever since taking control of the Virginia Government, anti-gun Democrats have been eager to pass new gun control laws that only affect you. On Friday night, the legislature announced that the first ten anti-gun bills would hit the Senate Judiciary Monday at 9 AM. Democrats have introduced three universal background check bills, with only a few key differences between them. John Edwards of the 21st district introduced SB 543. He claims that the bill closes the “gun show loophole.” The bill would require all sellers to complete a background check on the buyer at gun shows. The law would apply to private sales of firearms. Currently, background checks for private sellers are optional. Dick Saslaw of the 35th district introduced SB 12, another universal background check bill that would apply to all transfers in the Commonwealth. This bill makes anyone who sells their gun to say a friend and does not run a background check guilty of a Class one misdemeanor if convicted. There are some exceptions, notably the transfer of a firearm between family members. L. Louise Lucas introduced SB 70, which is almost identical to SB 12. The key difference between the two bills is that SB 70 would make the seller of the firearm guilty of a Class six felony. The person who buys the gun would be guilty of a Class one misdemeanor. Saslaw (SB 22) and Senator Mamie Locke (SB 69) of the Second district introduced nearly identical bills to return Virginia to the previously failed “one handgun a month” state. The laws would prohibit the purchase of more than one handgun in a 30-day period. Anyone who purchases more than one handgun in 30 days would be guilty of a Class one misdemeanor. There are exceptions for concealed handgun permit holders. Senator Edward has also introduced two bills that would undermine the state's current firearms preemption laws by allowing localities to enact a patchwork of bans on firearms from their meetings, buildings, and parks. Senator Creigh Deeds of the 25th district introduced SB 615, which is very similar to SB 505. The difference is that SB 615 allows localities to ban guns from their parks as well as their buildings. The same rules would apply to both of the ordinances. Senator George Barker of the 39th district introduced SB 240. The bill is a known deadly “Red Flag” or Extreme Risk Protection Order (ERPO). The law allows police to confiscate gun owner's firearms without due process. The bill also makes it a Class 4 felony to transfer the guns back to the person who is the target of the ERPO without court approval. We have already seen these laws kill more gun owners that they claim to save.
Senator Scott Surovell introduced SB 35. The bill would allow localities to pass ordinances that would ban firearms and ammunition at permitted events. The law would allow cities and counties to ban guns at rallies, parades, and marches making Virginians defenseless sitting ducks for mass shooters. All or none of these bills could pass. Lobbying will be key to which side of the gun debate will be victorious. About John Crump John is a NRA instructor and a constitutional activist. He is the former CEO of Veritas Firearms, LLC ,and is the co-host of The Patriot-News Podcast ,which can be found at www.blogtalkradio.com/patriotnews. John has written extensively on the patriot movement including 3%'ers, Oath Keepers, and Militias. In addition to the Patriot movement, John has written about firearms, interviewed people of all walks of life, and on the Constitution. John lives in Northern Virginia with his wife and sons and is currently working on a book on leftist deplatforming methods and can be followed on Twitter at @crumpyss, on Facebook at realjohncrump, or at www.crumpy.com.