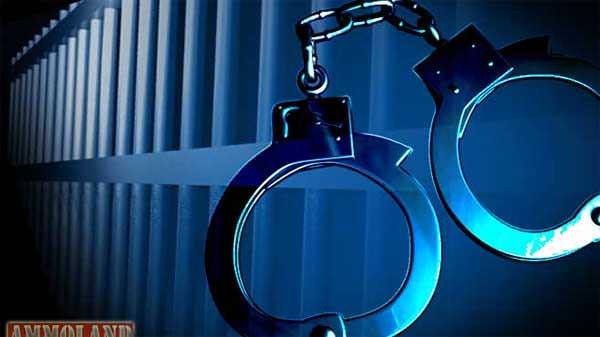 Two Brothers in Warrensburg, KC Plead Guilty to Illegal FirearmsKANSAS CITY, Mo. – -(AmmoLand.com)- A Warrensburg, Missouri, man and a Kansas City, Missouri, man pleaded guilty in federal court today to illegally possessing firearms that they sold to an undercover federal agent. Rufus C. Thomas, also known as “Jackpot,” 30, of Warrensburg, and his brother, Hashir Abdur-Rahman, also known as “Jeremiah Monroe” and “The Noble King,” 42, of Kansas City, pleaded guilty in separate appearances before U.S. District Judge Stephen R. Bough. Thomas pleaded guilty to four counts of being a felon in possession of firearms. Abdur-Rahman pleaded guilty to one count of being a felon in possession of a firearm. Each of the instances in which Thomas and Abdur-Rahman illegally possessed firearms involved the illegal sale of firearms to an undercover special agent with the Bureau of Alcohol, Tobacco, Firearms and Explosives. By pleading guilty today, Thomas admitted that he was in possession of a Ruger .22-caliber pistol with an obliterated serial number, a Maverick 12-gauge shotgun, and a Smith & Wesson 9mm pistol on Oct. 5, 2017. Thomas also admitted that he was in possession of a Heritage .22-caliber revolver and two Remington 12-gauge shotguns with obliterated serial numbers on Oct. 24, 2017. Thomas also admitted that he was in possession of a Strassel 9mm pistol on Dec. 21, 2017. Abdur-Rahman admitted that he was in possession of a Winchester 12-gauge shotgun on Dec. 7, 2017. Abdur-Rahman also admitted that he sold the shotgun to an undercover federal agent, on behalf of Thomas, for $350. Under federal law, it is illegal for anyone who has been convicted of a felony to be in possession of any firearm or ammunition. Thomas has prior felony convictions for burglary, possession of a controlled substance, being a felon in possession of a firearm, and two prior felony convictions for theft. Abdur-Rahman has a prior felony conviction for possession with the intent to sell illegal drugs. Under federal statutes, Thomas and Abdur-Rahman are each subject to a sentence of up to 10 years in federal prison without parole. The maximum statutory sentence is prescribed by Congress and is provided here for informational purposes, as the sentencing of the defendant will be determined by the court based on the advisory sentencing guidelines and other statutory factors. A sentencing hearing will be scheduled after the completion of a presentence investigation by the United States Probation Office. This case is being prosecuted by Assistant U.S. Attorney Stefan C. Hughes. It was investigated by the Bureau of Alcohol, Tobacco, Firearms and Explosives. Project Safe Neighborhoods The U.S. Attorney’s Office is partnering with federal, state, and local law enforcement to specifically identify criminals responsible for significant violent crime in the Western District of Missouri. A centerpiece of this effort is Project Safe Neighborhoods, a program that brings together all levels of law enforcement to reduce violent crime and make neighborhoods safer for everyone. Project Safe Neighborhoods is an evidence-based program that identifies the most pressing violent crime problems in the community and develops comprehensive solutions to address them. As part of this strategy, Project Safe Neighborhoods focuses enforcement efforts on the most violent offenders and partners with locally based prevention and reentry programs for lasting reductions in crime. Kansas City Field Division