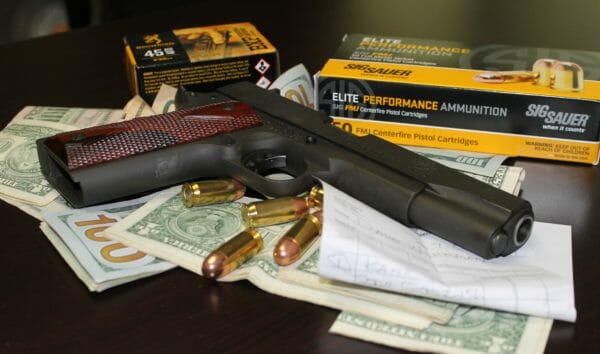 Gun control in Washington, especially in Seattle, has been a failure, says the Citizens Committee for the Right to Keep and Bear Arms. (Dave Workman image)U.S.A. –-(Ammoland.com)- A national gun rights organization based in Washington State said the gun control crusade that’s been in progress there for the past several years has just been proven a failure with the release of new data from the Seattle Police Department showing an uptick in shootings that were supposed to have been curtailed by recent gun control measures. According to the Seattle Times, “reports of gunfire and shootings — both fatal and non-fatal — were up slightly last year compared to 2018.” AmmoLand News checked the police data to find the department logged 315 shooting reports in 2019. This included 73 incidents in which someone was wounded and 18 homicides. That’s the most people wounded in shootings in recent memory and the highest number of gun-related slayings since 2012. What makes this even more significant is that AmmoLand spoke with the Seattle Police Department Monday to learn there were apparently 28 total murders in the city last year, down from the 31 posted in 2018. This prompted the Citizens Committee for the Right to Keep and Bear Arms, which is headquartered in Bellevue, just across Lake Washington from Seattle, to declare in a Monday news release, “That’s not what we would call a success story where restrictive gun control measures are concerned.” CCRKBA Chairman Alan Gottlieb stated, “We find it beyond ironic that the exact opposite of what gun control proponents predicted has occurred. Their extremist agenda has failed to reduce gun-related crime as was implied when they pushed through their various measures. 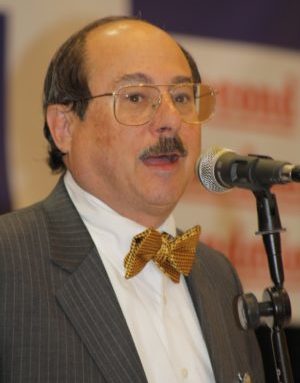 CCRKBAs Alan GottliebAs pointed out by CCRKBA, Seattle Police data show more reports of shots fired in the years following passage of Initiative 594 in 2014. I-594 was the so-called “universal background check” measure that was supposed to keep guns out of the wrong hands. CCRKBA joined with several other groups to oppose that measure, and Gottlieb even sponsored an alternate initiative, but their efforts were out-spent by the billionaire-backed Alliance for Gun Responsibility. Prior to 2014, incidents of shots fired in Seattle didn't top 300. Since 2015—the first full year following passage of the gun control initiative—the number of shooting incidents has consistently been above 300. Even more ironic, in 2015, the Seattle City Council adopted a “gun violence tax” on the sale of firearms and ammunition inside city limits. The tax adds $25 to the sale of each firearm, a nickel for each round of centerfire ammunition and two cents for every round of rimfire ammunition. That was also supposed to help the city finance research and “violence prevention” programs but in 2016, the city posted 18 slayings. In 2017, the city recorded 27 murders. In 2018, the number was 32, according to SPD data. The tax has actually brought in far less than anticipated, as well, so it has been a failure all around. Gun control proponents, and the regional news media, routinely call their proposals “gun safety legislation,” including a bill backed by Democrat Gov. Jay Inslee and Attorney General Bob Ferguson to ban so-called “assault weapons.” But the Tacoma News Tribune quoted state Senate Republican Leader Mark Schoesler from far eastern Washington’s Ritzville, a conservative farming community, who criticized the proposal and the way it was described. “It’s gun control and gun seizure,” he observed. “It is semi-automatic weapons because we don’t have assault rifles …. We need to remember it’s not about gun owners. It’s about criminals and criminals pay the penalty for abusing their rights.” In addition to the proposed gun ban, there are also proposals to require background checks to purchase ammunition and a ban on original capacity magazines. The CCRKBA statement also referred to the FBI annual uniform crime report, which shows the number of gun-related homicides in Washington has also crept upward since the Alliance has been actively pushing one gun control initiative after another. In 2016, there were 127 firearm-related slayings and in 2018, the most recent year for which FBI data is available, that number had risen to 138. While that represents fewer homicides than reported by individual cities including Chicago, Baltimore, Milwaukee and Detroit, Gottlieb says it still demonstrates the fallacy that more gun control is the solution to violent crime. “These revelations are especially important as the Washington Legislature opens to consider even more gun control proposals,” Gottlieb said. “We’re not sure the Evergreen State can stand many more of these so-called ‘gun safety’ efforts. It hasn’t gotten safer in Seattle or elsewhere around Washington with passage of these laws, but the gun prohibition crowd simply won’t admit their gun control crusade has failed miserably.” Grassroots Second Amendment activists will hold a rally Friday, Jan. 17 on the Capitol steps in Olympia. The event, organized by the Gun Rights Coalition, will bring gun owners to town to lobby their state lawmakers, who are facing several pieces of gun control legislation. Data for the total number of murders, including those involving firearms, will be part of the FBI annual crime report, which appears in late September. RELATED: Evergreen State CCW Skyrockets as Gun Prohibition Lobby Demands ‘Safety Training’ Thousands Sign Petition to Impeach WA Governor, Atty. General over Gun Control About Dave Workman