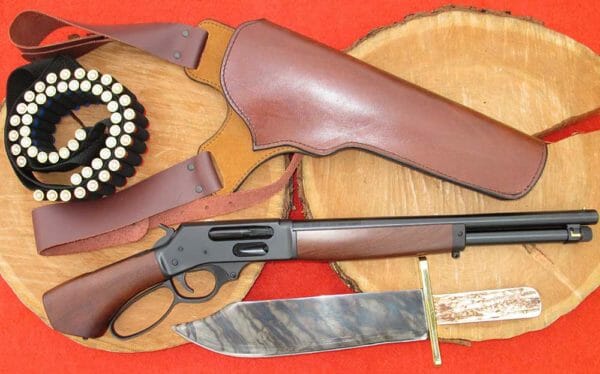 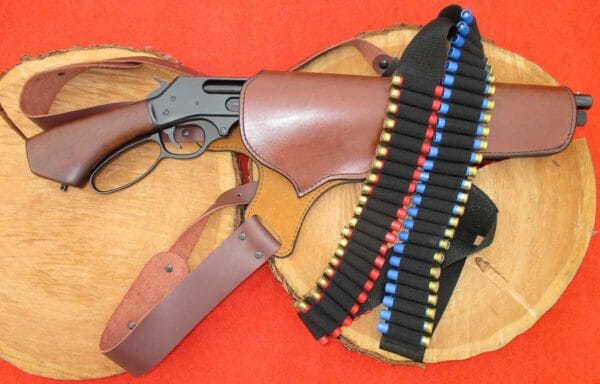 Henry Arms Bad Axe 410 with Custom Made HolsterThere is a vector choke in the Bad Axe 410 that allows you to remove it and change just how tight a pattern(or not) you want in your new Henry. Depending on what genre you follow, do your attacking “walkers” walk slow or run straight at you? Pattern placement could be vital to your family being present that next day. I was advised that 500 new Henry Bad Axe 410 were produced prior to the release date and introduction to the Henry public. In that first day 900 Henrys were ordered and created a demand in the supply chain. So Henry Wisconsin will have to get busy filling that need. I have a strong feeling it will not stop at 900. The new Henry Bad Axe 410, plus a good Henry Delay plan in your family, equals survivability. I am sorry for bringing politics into my column but with the state of the world, even in “safe” old USA, you can never be too prepared. If “the system” breaks down even for a short time the have-not's will come out and prey on the unprepared. Be ready, be safe, and be prepared to delay evil. Never assume someone else will do it for you. Henry Delay, Henry Delay, praise the Lord for a Henry Delay (and a new Bad Axe 410.)