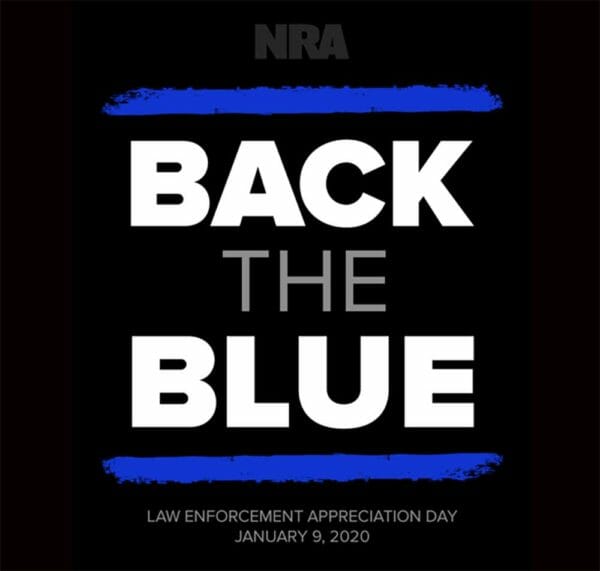 It's a two-way street, isn't it? (NRA/Facebook) Virginia Indoor Gun Range Bill Appears Especially Aimed at NRA Out of SpiteU.S.A. – -(Ammoland.com)- “It is unlawful to operate an indoor shooting range in any building not owned or leased by the Commonwealth or the federal government unless (i) fewer than 50 employees work in the building or (ii) (a) at least 90 percent of the users of the indoor shooting range are law-enforcement officers, as defined in § 9.1-101, or federal law-enforcement officers, (b) the indoor shooting range maintains a log of each user's name, phone number, address, and the law-enforcement agency where such user is employed, and (c) the indoor shooting range verifies each user's identity and address by requiring all users to present a government-issued photo-identification card,” Virginia’s House Bill 567 proposes to dictate. The bill, offered last Wednesday, presumes “to amend the Code of Virginia … relating to indoor shooting ranges; prohibited in buildings not owned or leased by the Commonwealth or federal government; exceptions; civil penalty.” It's just another vicious stab at gun owners by a Democrat-dominated state government that holds them in contempt and now has the juice to do something about it. You can tell a lot about character by how it is expressed when it is accompanied by power, and the bullies “in charge” are busy proving Lord Acton didn’t know the half of it. Even if ultimately “found” unconstitutional (which it would have to be if any justice remains), such a measure, backed by a determined commonwealth with virtually unlimited resources, would cause a world of hurt for its intended victims, and for a long time as decisions and appeals wend their way through interminable, finance-draining court proceedings. As an aside, if it were a matter of requiring “a government-issued photo-identification card” to vote, the gun-grabbing Democrats would be screaming in phony indignation and rage about “disenfranchising” minorities. “You realize that the indoor shooting range provision is just their way of poking the NRA in the eye out of pure spite,” WarOnGuns Correspondent “Henry” observed on a blog post. “The new socialist overlords are getting thrills up their legs at the thought of being able to shutter that big fancy range in Fairfax.” That makes a lot of sense. While some do exist, how many other Virginia gun ranges have 50 or more employees located in the same building? This is pretty obviously an act of targeted spite and revenge against influential opponents by petty despots drunk on newfound power. There’s not even the suggestion in the language of the bill that concern for public safety justifies such an edict. There can’t be, because the NRA is a recognized leader in law enforcement training. It has been since Ralph Northam was soiling his diapers instead of the Constitution. “The NRA established a Law Enforcement Division in 1960 specifically to provide the law enforcement community with a means to certify law enforcement firearm instructors,” the Law Enforcement, Military and Security overview informs. “We also offer law enforcement firearm competitions, as we believe competition is a direct extension of training. Competitions consist of the National Police Shooting Championships as well as a new multi-gun law enforcement competition called the Tactical Police Competition, or TPC.” “Although the NRA's Institute for Legislative Action (ILA) is involved in politics, the Law Enforcement Division does not get involved with political issues,” the website used to explain. “Providing the best training possible to our law enforcement officers is our number one priority. “Just because you do not take an interest in politics doesn't mean politics won't take an interest in you,” an unsourced quote often attributed to Greek philosopher Pericles claims. Politics has definitely taken an interest in NRA, and more importantly, in its members. “We have only one goal in mind,” they elaborated, “to provide every law enforcement officer in the country with the knowledge, skills, and abilities to WIN a lethal encounter!” Against…? Forgive me if the word “confiscation” has been on my mind of late with all those “or else” diktats being thrown around. Not to worry? That’s why NRA says “Back the Blue” and celebrated Law Enforcement Appreciation Day last Thursday, noting: “On behalf of all NRA members, we salute our heroes in blue who uphold our Constitution and protect our communities! #ThinBlueLine” So most “rank and file police officers” are our friends? How can we know? Our friends, after enjoying the elite benefits of the Law Enforcement Officers Safety Act, would have been out there loudly demanding a place at the table for the rest of us through nationwide reciprocity. No? Our friends would be objecting strenuously to the citizen disarmament edicts demanded by their leadership in the Fraternal Order of Police and unions. Those who do are. Right? Our friends decry the elitism that says police are the “Only Ones” who can be trusted to be armed. Our friends champion “shall not be infringed” for all. Our friends will follow the lead of men such as Sheriff Scott Jenkins of Culpepper County, VA, who pledges to deputize thousands in the face of impending citizen disarmament. Our friends will place their oaths above their jobs and disobey unlawful orders to disarm their countrymen. Others will place the job first and just follow orders. Some refuse to learn from history. Our friends could not be part of the 90 percent of indoor shooting range users the Virginia legislature is presuming to mandate. They could not be friends with anyone who is. If you’re a police officer, the time appears to be coming when it won’t be enough to just say you’re our friend. Your countrymen will be needing you to prove it, and to step up as allies. About David Codrea: