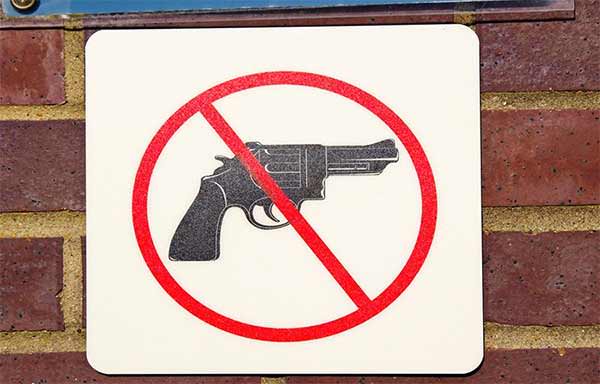 Virginia Governor Northam's Lobby Day Gun Ban, Don't Take The BaitVirginia – -(AmmoLand.com)- I'm sure that everyone has now heard that Governor Northam has declared a state of emergency and banned the carrying & possession of weapons on Capitol Square in Richmond from 5:00 pm Friday, January 17 to 5:00 pm on Tuesday, January 21st 2020. Virginia Citizens Defense League believes that this gun ban is illegal. Our legal team is looking at our options and we will keep you advised as soon as we have a definitive plan. As it stands now, you can carry on 9th Street, or other nearby streets, as long as you don't go into the fenced-in Capitol grounds area (or into any of the government buildings). There will be 17 magnetometers to speed up security for those wishing to be on the Capitol grounds, which puts you near the stage. You CAN have a knife with a blade LESS THAN 3 inches. Again, wait for the final word on the Capitol grounds gun-ban situation over the weekend. Every year since 2002, Virginia Citizens Defense League has come to the General Assembly to peacefully assemble and lobby our elected officials on Martin Luther King Day. The only difference this year is that the crowd size is expected to be significantly larger due to the Democrat leadership's promise to pass draconian gun control laws that would adversely affect law-abiding citizens while having minimal impact on criminals. The Governor claimed in his Executive Order that there has been credible intelligence gathered suggesting that the purpose of many of the participants in VCDL's Lobby Day is not to peacefully assemble but instead is to foment “violence, rioting, and insurrection.” Yet, neither the Governor nor any of his law enforcement has informed Virginia Citizens Defense League of any of these alleged threats. The inflammatory rhetoric from Democrats (including the Governor, Attorney General, Congressman McEachin, Delegate Levine, and many others) regarding the Second Amendment Sanctuary movement and VCDL's Lobby Day leads us to wonder if they really want Lobby Day to go peacefully? The Democrats are afraid of the voters and want to portray this peaceful assembly of law-abiding gun owners in the worst possible way. They would love for it to degenerate to “violence, rioting, and insurrection” in order to smear gun owners. Has the Democrat leadership actually invited violent groups to attend for the purpose of disrupting our peaceful assembly? SITUATIONAL AWARENESS: There have been many rumors, videos, and articles flying around the internet. We cannot stress enough that this is a peaceful day to assemble and address our Legislature about protecting our right to keep and bear arms. Lobby Day is NOT about statues, flags, racism, sexism, or anything other than protecting the right to keep and bear arms for ALL law-abiding citizens. Yes, we hold a rally, but the point of the day is communication with our legislators. (Note that a rally is not the same thing as a protest.) To our knowledge, there are no credible threats of violence. That being said, please practice appropriate situational awareness. IF YOU SEE A BAD ACTOR flag down a police officer and point it out. If someone tries to provoke you, smile and walk away. There is probably someone secretly recording the interaction, with the intent of capturing some kind of inappropriate reaction on your part. Don't take the bait. It's not worth the bad press. Again, you might want to notify law enforcement of such bad actors. The eyes of the nation and the world are on Virginia and Virginia Citizens Defense League right now and we must show them that gun owners are not the problem. Lead by example. We have been, and continue to be, in close contact with several law enforcement agencies and will keep them informed of all potential threats that we become aware of. Law enforcement will be in abundance at the event, both uniformed and plainclothes, to provide security and we are sincerely appreciative of their efforts to keep everyone as safe as possible.