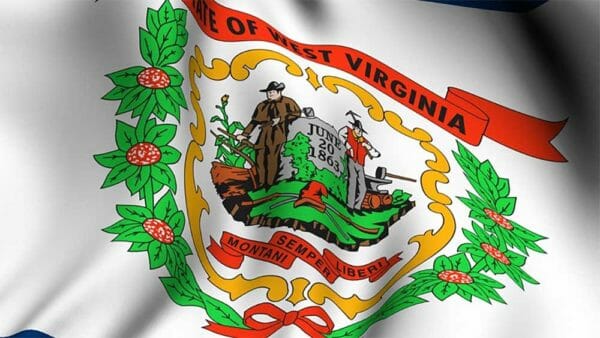 West Virginia State FlagU.S.A. –-(Ammoland.com)- West Virginia has a strong preemption statute to ensure the state has reasonably uniform laws about the carry and use of firearms by individuals, throughout the state. It is §8-12-5a: Limitations upon municipalities' power to restrict the purchase, possession, transfer, ownership, carrying, transport, sale and storage of certain weapons and ammunition. §8-12-5a does a pretty good job of limiting the power of local governments to infringe on the right to keep and bear firearms. But the Second Amendment of the United States Constitution is not limited to firearms. As affirmed in the Heller decision, the Second Amendment covers all bearable arms. The Heller decision was re-enforced by the Caetano decision, where the justices on the Supreme Court unanimously held the Second Amendment protects all bearable arms. From Caetano v. Massachusetts: The Court has held that “the Second Amendment extends, prima facie, to all instruments that constitute bearable arms, even those that were not in existence at the time of the founding,” District of Columbia v. Heller, 554 U. S. 570, 582 (2008), and that this “Second Amendment right is fully applicable to the States,” McDonald v. Chicago, 561 U. S. 742, 750 (2010). Senate Bill 96 has been filed in West Virginia to expand the state preemption protection from firearms to most bearable arms. From Senate Bill 96: (b) For the purposes of this section: “Deadly weapon” means an instrument which is designed to be used to produce serious bodily injury or death or is readily adaptable to that use. The term “deadly weapon” includes, but is not limited to: (A) A blackjack, gravity knife, knife, switchblade knife, nunchuka, metallic or false knuckles, pistol, revolver and firearm, as defined in §61-7-2 of this code, or other deadly weapons of like kind or character which may be easily concealed on or about the person; and (B) A rifle and a shotgun. “Deadly weapon” does not include explosive, chemical, biological and radiological materials, or any item or material owned by a school or county board of education intended for curricular use, and used by a student solely for curricular purposes. Later in the bill, pepper spray is included in the preemption law: “Pepper spray” means a temporarily disabling aerosol that is composed partly of capsicum oleoresin and causes irritation and blinding of the eyes and inflammation of the nose, throat, and skin, intended for self-defense use. While SB 96 expands the protections of the preemption bill to most concealable weapons, there are a number of bearable weapons that may not be protected, depending on whether a judge or jury would believe them to be “concealable on or about the person”. Would most swords be protected under the law? Would spears, quarterstaves, or other polearms? It seems unlikely they would be considered to be concealable. Most people do not carry a spear with them. But swords are popular, and a spear was used to stop a mountain lion attack in Canada when Canadian firearms law was found to be burdensome. It is unclear why the protections of the bill were limited to concealable weapons. Perhaps it was because the prohibitions were originally applied to concealable weapons. The bill may or may not be passed in the current legislative session. The extreme restrictions on the exercise of Second Amendment rights being proposed in the neighboring state of Virginia may aid in the bill's passage, simply to differentiate West Virginia's approach to the protection of the right to keep and bear arms. About Dean Weingarten: