https://www.youtube.com/embed/U1pvv0pWYE8
Texas – -(AmmoLand.com)- Governor Greg Abbott today presented the Governor's Medal of Courage to West Freeway Church of Christ hero Jack Wilson at the Governor's Mansion. The Governor thanked Jack for his willingness to risk his own life to protect others in the congregation and expressed the state of Texas' enduring gratitude for Jack's heroic actions. “When faced with an evil that few of us will ever comprehend, Jack Wilson responded with strength, bravery, and with love for those in the church that day,” said Governor Abbott. “The courage in his actions cannot be understated, and Jack is not only a hero to West Freeway Church of Christ — he is a hero to the entire state of Texas.” The Governor's Medal of Courage is given to civilians who display great acts of heroism by risking their own safety to save another's life. It is the highest award given to civilians by the Governor. 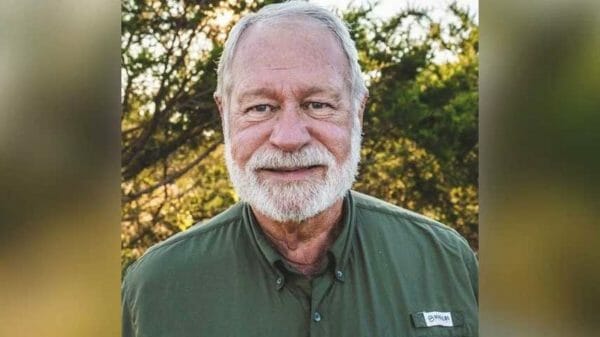 West Freeway Church of Christ hero Jack WilsonJack Wilson is the head of the volunteer security team at West Freeway Church of Christ in White Settlement, Texas. When a gunman opened fire on the congregation on December 29, 2019, Wilson jumped into action and fired a single round at the gunman, killing the gunman and preventing further loss of life. Governor Abbott Presents White Settlement Hero Jack Wilson With Texas’ Medal of Courage Dear Texas Rifle Association Member: On Monday, Governor Greg Abbott presented the Governor's Medal of Courage to West Freeway Church of Christ hero Jack Wilson at the Governor's Mansion in Austin. From the Governor's press release: TSRA PAC would like to thank Governor Abbott for recognizing Wilson's life-saving actions in White Settlement. We would also like to extend our gratitude not only to Mr. Wilson himself, but to the sponsors and legislative supporters of TSRA-backed laws passed in 2017 and 2019 which expanded the rights of law-abiding citizens to protect themselves in churches, synagogues or other places of worship: Texas Rifle Association For membership or other information about the Texas State Rifle Association, visit www.TSRA.com or call 512.615.4200. Headquartered in Austin, Texas, the Texas State Rifle Association is a non-profit organization dedicated to defending the rights of law abiding Texans to own, enjoy and use firearms as guaranteed by the Constitutions of the State of Texas and the United States of America. For more information on membership or supporting the Texas State Rifle Association, call 512.615.4200 or visit www.tsra.com.