https://www.youtube.com/embed/nB2oxDJrmmY
Minden, NV – -(AmmoLand.com)- Franklin Armory is excited to introduce our 9th binary trigger. We successfully adapted the patented Generation 3 Binary Firing System™ to the Ruger® 10/22® platform. We have done extensive prototyping and testing. The final configuration will be placed into production soon. Sign up for our mailing list for pre-order notifications of the BFSIII™ for 10/22®. Franklin Armory® President, Jay Jacobson, stated, “Last year, our sales and marketing team tasked our engineers to apply our patented Binary Firing System III™ technology to the Ruger® 10/22® platform because the rifles are relatively inexpensive, the ammunition is cheap, and just about every gun owner in the US already has one! I’m pleased with the final result and think our engineers did a great job!” Fast on the heels of their previous release of the BFSIII™ for AK9-C1; Franklin Armory® proves again to be the premier manufacturer of Binary triggers with Nine models currently available. The first Binary Firing System was released for the AR platform in 2015. All BFSIII triggers feature a three-mode safety selector. Mode 1 is “Safe.” Mode 2 is “Semi” for semiautomatic. And Mode 3 is “Binary” mode. In Binary mode, the firearm will discharge one round on the pull of the trigger and one round on the release of the trigger. All BFSIII™ models feature the ability to negate the release round in Binary mode by modulating the safety selector back to “Semi” mode or “Safe.” Additionally, all BFSIII™ are engineered to prevent the operator from modulating the selector to “Binary” mode while holding the trigger back in “Semi” mode. Come to the Shot Show Booth 20505 to see the new triggers for yourself! If you would like more information about this topic, please see our website at www.franklinarmory.com. 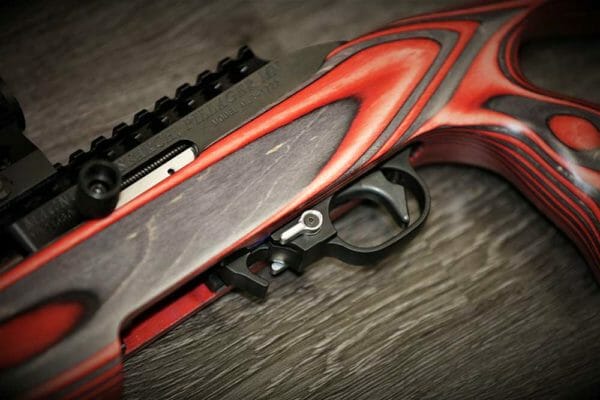