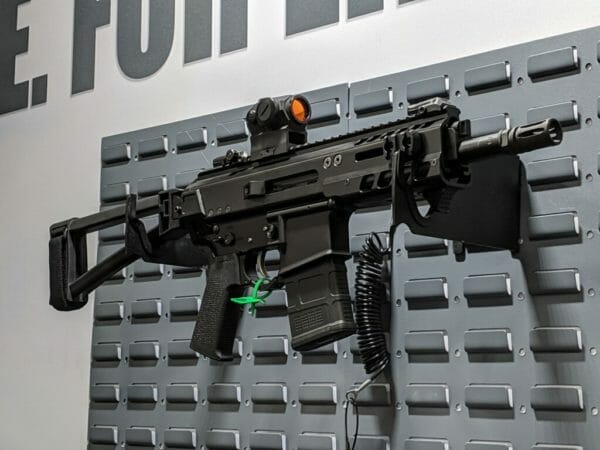 SHOT Show 2020 | Quick Notes From Day 2U.S.A. –-(Ammoland.com)- Day two of 2020’s SHOT Show is wrapping up quickly.  There was a lot to see on the floor (as usual), but I finally started seeing answers to the big question I had going into this year: “What’s the next firearm design to see a renewal in this AR fatigued market?”.  The AR is no spring chicken and has seen constant evolution throughout its lifetime.  Now the time is ripe for the industry to pick the AK, G3 or some other classic beauty to renew.  Anyhow, here’s what I saw that interested me on Day 2. Palmetto State Armory These guys are bringing it this year!  Not only was the PSA-5 (Mp5 clone) on display, PSA’s AK-variant lineup was diverse.  Of particular interest was the AK-E (enhanced).  This features a NiB coated carrier and a cold hammer forged barrel by FN.  Combined with more modern polymer furniture, the AK is starting to look like a new gun with a proven design. 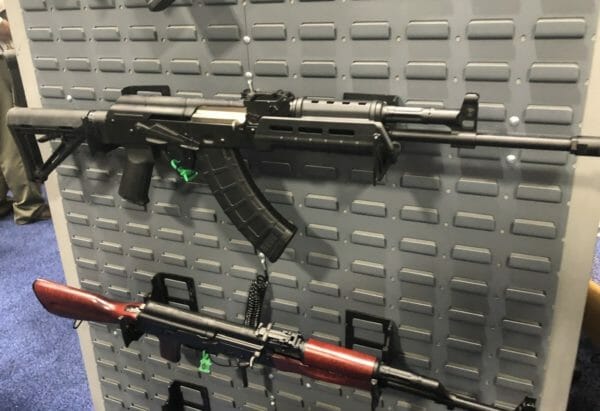 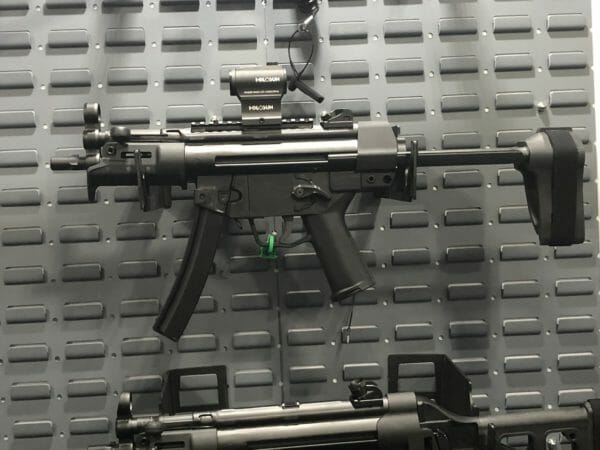 PSA-5 (Mp5 clone)Finally, take a look at the Palmetto State Armory Jackal.  This is the only prototype in existence, but this little weirdo has grown on me already.  More details to follow.

Palmetto State Armory JackalDead Foot Arms DFA has made a name for themselves with the best AR folding stock on the market, which can be fired when folded.  They added to the allure with the FoldAR, which involves a folding barrel/forend as well.  If you like Mp5’s, keep a look out for the AR9-SD, which is still in the pipeline. 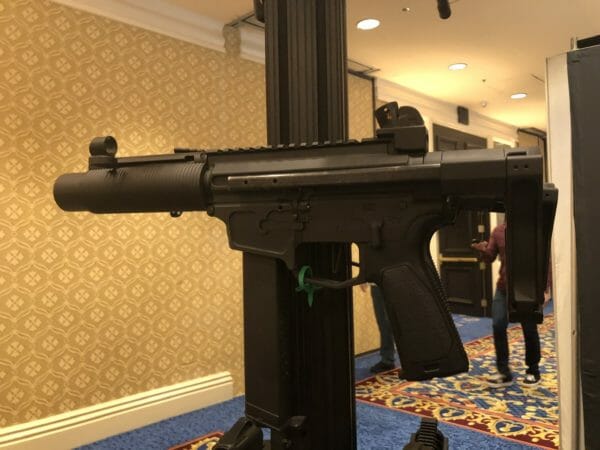 Dead Foot Arms5.11 5.11 always has new soft-goods coming out at SHOT.  What stood out for me were their karambit knives (in partnership with Doug Marcaida), and their Vehicle Ready setup of behind-the-seat gear holders. 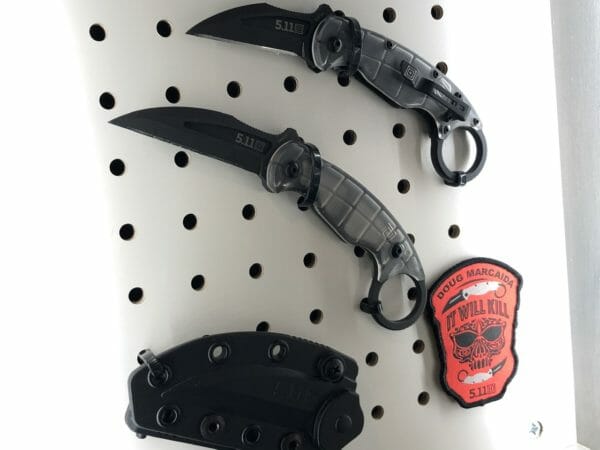 karambit knivesPrimary Arms Primary Arms didn’t come into 2020 looking to add a ton of SKU’s to their optics line-up, they’ve stated they wanted to refine the existing options and focus on adding a couple of really good additions.  While there were some new optics in the way of LPVO’s and a red reflex sight, what got me was the PA GLX 2x prism optic.  I’m a fan of prism optics for use in versatile situations.  The GLX 2x has really nice glass, an eye-catching reticle, and a sturdy design.  The bolts in the mount are huge, yet the whole assembly still weighs only 11 ounces(ish).  Comes in around $369, I’ll be getting one. 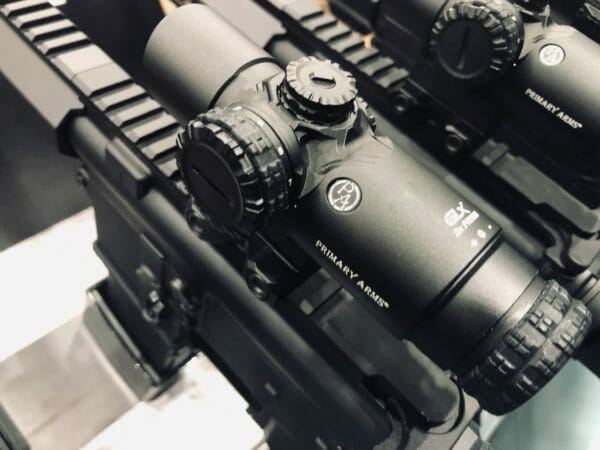 PA GLX 2x prism opticThat is the second day of SHOT Show 2020 and some quick notes.  Check back in for more each day, or hit me up on Instagram @Rexnanorum for live updates. About Rex Nanorum