CMMGU.S.A. –-(Ammoland.com)- SHOT Show 2020 is nearing its end (and is over by the time this was posted).  For most who’ve attended, it’s a welcome time as the full-throated assault on our immune systems starts to take its toll.  For me it’s the end of the show, as two range days and three days on the show floor were plenty to line up some great products to work with for the rest of the year.  Here’s the three things I saw that interested me today. Wolf .300 Blackout 145 gr FMJ This was released very recently, and has started to trickle out in limited quantities.  Wolf is providing the one type of factory ammunition that has thus far eluded the .300 Blk, the cheap.  There are fantastic hunting rounds, boutique expanding subsonic rounds, and even multiple SKU’s of the same ammo but adjusted for longer or shorter barrels.  There hasn’t been a good round for an inexpensive range trip though, and Wolf is aiming to fix that. While the cheapest non-remanufactured ammo usually hovers around $.40/round, the Wolf 145 gr is coming in at half that amount.  Quantities available have been slim so far, but Wolf associates told me that March will see a sharp increase in availability.  This steel-cased ammo should push the 145 gr bullet to around 1965 fps, presumable from a 16” barrel. 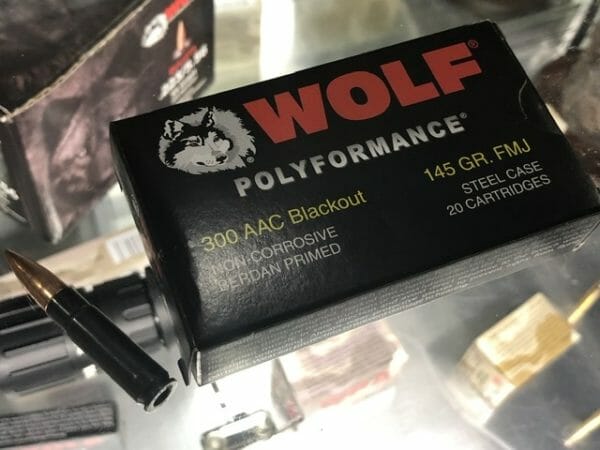 Wolf .300 Blackout 145 gr FMJCMMG 5.7 ”The year of the 5.7” I keep hearing, and here’s more to show for it.  CMMG is adding 5.7×28 AR mag conversion to their lineup.  They have an upper with optional barrel lengths of 5”, 8” or 16” (for those who want simple “rifle” status) and a 40-round mag that runs through a standard AR-15 pattern lower.  A 10-round mag will be made available for those who suffer under infringement upon their rights, or who just want it. This marks an interesting direction for CMMG.  Based on what I’ve seen from them over the years, if this is successful they will continue to branch into these more unique calibers.  Time will tell.

CMMG 5.7Kriss Vector .22 lr File this one under “cool” over “optimal”.  This Kriss Super V was released at the 2011 SHOT Show, and instantly garnered a great deal of attention due to it’s unique looks and operating system.  Nine years later, they’re releasing a .22 lr variant that functions in a far more traditional manner. Operating via direct blowback and feeding from 10-round (soon also 30-round) mags, the new Vector line provides a proven action within their distinctive chassis.  Available in the CRB model (16” barrel, buttstock) and SDP-SB (6.5” threaded barrel, SB Tactical brace), the MSRP on these is slated at $649.  Street price figures to be ~$500. 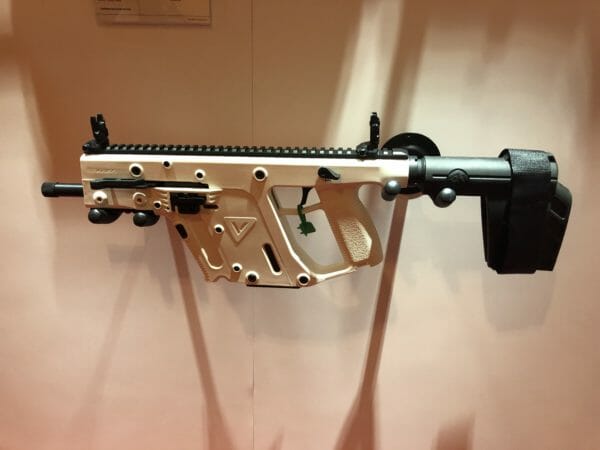 Kriss Vector .22 lrThis Guy Asfaleia apparently makes an LED backpack.  It cycled through a bundle of helpful SHOT related messages, and features of the bag.  A keen eye spotted this in the mix. This GuyThat’s the end of my SHOT Show daily coverage for the year, though we do have a number of others covering the floor.  It was a very productive show, so expect to see some killer guns, parts and accessories coming through Ammoland’s page this year. Keep an eye out soon for my annual “Best Morale Patches Of SHOT Show” article. About Rex Nanorum