We Drive Late at Night, and Trouble is Waiting- More Self Defense Gun Stories

We Drive Late at Night, and Trouble is Waiting- More Self Defense Gun Stories 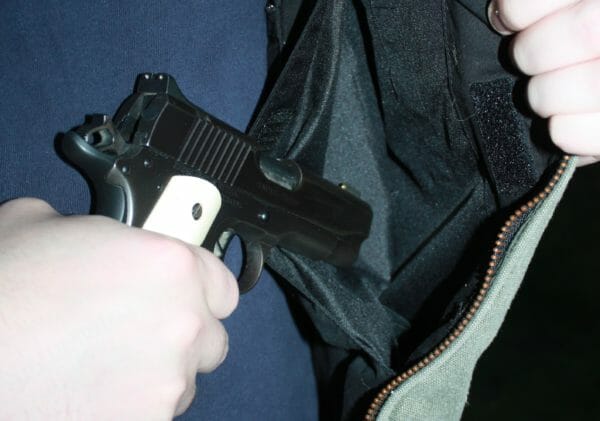 We Drive Late at Night, and Trouble is Waiting- More Self Defense Gun Stories.U.S.A.– (Ammoland.com)- You didn't see this news covered by the mainstream media, but again this week, responsible gun owners defended themselves and the people they love. Self-defense instructor David Cole joins the Self Defense Gun Stories Podcast to look at four new examples. Were these gun owners lucky, or were they well trained? (21-minute audio) These victims saved lives because they had a gun..and good habits. http://traffic.libsyn.com/dgustories/sdgs181.mp3First story-  Are you armed as you arrive home? You’re going home after a concert. It is after midnight when you finally park your car. You’re walking to your apartment when a stranger walks up to you. He pulls a gun from his pocket and tells you to hand everything over. You have your Michigan concealed pistol license. You’re armed. You present your firearm and shoot your attacker two times. The attacker runs away, and so do you. The police come and take both your gun and the gun from the attacker. They take your attacker to the hospital. Second Story-  Are you armed as you stop at a convenience store? You stopped to get some snacks for your kids. It is after dark. Three men are arguing with the clerk and with other customers. They pick a fight with you. You retreat to your car and pull out your rifle. That ends the fight and they run away. Now you go back inside the store and help the clerk clean up the mess caused by the fight. When you get home, your wife notices that your coat is torn. You take off your coat and your wife notices that you’re bleeding from a stab wound to the abdomen. Your wife drives you to the hospital and you call the police to report the assault. You work as an EMT/firefighter for the city. Tag- No shots fired Third story- Are you armed when you leave a shopping mall? You’re done shopping. You walk out of the mall carrying your cup of coffee. It is after dark as you get into your car. You put your cup into the cup holder, set down your purse and reach for your keys to start the car. A stranger opens the passenger door and gets into your car. He hits you in the face. You reach for your purse and he hits you again. You pull your gun from your purse and your attacker runs away. You call the police and give a description of your attacker. Tag- No shots fired Fourth story- Are you armed when you deliver food late at night? You drive into the parking lot of a gated apartment complex. You’re delivering pizza, and you call the customer to set a meeting point. Four young men approach you as you’re walking back to your car. They shout for you to stop, and one of them points a rifle at you. You have your concealed handgun permit. You’re armed. You move and shoot the armed man, and two of his accomplices. The fourth attacker runs away. You run to the apartments and call the police. The police take your statement. They find three of your attackers nearby. Two of them are wounded. They find the fourth attacker when he goes to the hospital for a chest wound. Later the police discover that the rifle the teenagers used is a large plastic toy. Your attackers are 15,16, 18 and 20 years old. They have previous charges for motor vehicle theft, possession of a stolen vehicle, larceny from motor vehicle and a “history” of resisting police. Links and text of the discussion at the podcast webpage.

About Rob Morse Rob writes about gun rights at Ammoland, at Clash Daily, and on his SlowFacts blog. He hosts the Self Defense Gun Stories Podcast and co-hosts the Polite Society Podcast. Rob is an NRA pistol instructor and combat handgun competitor. David Cole writes about gun culture and armed defense at deltabravocharlie.com