Governor Andrew Cuomo & his downstate Democrats are continuing their war on gun owners.New York – -(AmmoLand.com)- The march for more gun laws in New York continues with on another assault on the rights of the citizens in what is truly becoming the Empire State. The latest is sponsored by state Senator James Sanders Jr. of the 10th Senate District which low and behold is over seventy-five percent Democrat and is in southeast Queens, some of the more crime-ridden parts of New York City. The bill (S7065) (A01589) would make it mandatory that every gun owner in the state of New York get a mental health evaluation before they could purchase a firearm. This wouldn’t be a one-time thing, this would be for every gun and of course, these evaluations would have to be held at a location of the state of New York’s choosing and would be at the expense of the person looking to purchase the gun. This new assault on the rights of gun owners comes in the face of the ever progressive agenda of Governor Andrew Cuomo’s regime making it more than well known that gun owners in New York State are not only not wanted, they are on his list of targets and as he has said in the past if people don’t like his rules, then they are free to leave. The way things are going in New York, that’s getting to be the only thing they are free to do. So, each time a gun owner wants to buy a gun, no matter what, they will have to seek out an approved mental health professional to have an evaluation performed. For rural gun owners, where most people who own guns in the state happen to live, it would involve a drive to probably your nearest hospital. In my locale, that’s at least forty-five miles in one direction. Then there’s the cost of the expense to the price of the gun, which no one knows since it will be at the discretion of the doctor, and if the gun owner has health insurance if it will even be covered, etc. 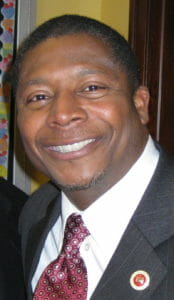 NY Democrat State Senator James Sanders Jr.Once the potential gun owner has the proof, he or she passed their mental health evaluation then they have to take that to the gun store and still fill out the paperwork. So, you can imagine this would be the death knell for all gun shows in the state because there would be no one walking out of one with a firearm purchased at all since the NICS check won’t even be able to be performed until the mental health screening is done. In fact, since most doctors don’t have weekend office hours, gun shops might as well close up because they won’t be doing much in the way of selling. As usual, this new law would do absolutely nothing to keep criminals but it would another hurdle in a long line of infringements to law-abiding gun owners in a state where the ruling party with its new no cash bail law has dumped criminals back out on the streets to re-offend while law-abiding citizens are pleading with police and what few lawmakers are listening to reign in the lawlessness that is now just beginning to be realized. There is also a larger and much more sinister motive to think about here. New York passed its own version of a Red Flag law last year, and unlike other states, it allows schools and just about anyone else to petition the courts to get an ERPO and have someone’s firearms taken away. Now can you imagine every gun owner now having to be subjected to a mental health exam, over and over again, where one wrong question, one misconstrued answer or even the bias of the doctor could not only prevent someone from legally buying the gun they were looking to get, but also lead to the police coming to the house and taking the rest and with a doctor’s word versus the citizen’s in court, the gun owner, soon to become the former gun owner, wouldn’t stand a chance legally. This is just the ongoing pattern of gun control laws not only sweeping New York, and now Virginia and other states, but are just the tip of the spear of what the left really wants, to take guns by any means necessary. What these lawmakers couldn’t do one way is now being done another. I urge any gun owner in the state of New York to oppose this legislation, we can’t play the “it won’t happen here” game anymore, because when that gets said enough times, it does happen here, and it will happen here. This is an election year for all of the lawmakers in New York, and the cash bail law is proving to be so unpopular that it could cost a few Democrats their Senate and Assembly seats, perhaps enough to gain back some power, enough to keep Andrew Cuomo in check. Call your elected officials, write them, email them, and make sure they know where you stand, we are on our own here, we cannot rely on the NRA in New York which has sadly all but vanished. The Founding Fathers never had a lobby group, they were on their own too, and New York was once part of the bastions of freedom from tyranny, I believe it can be done once again. 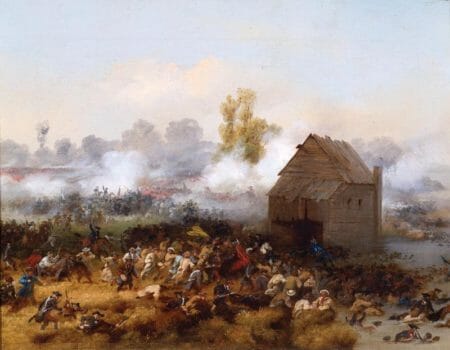 The Battle of Long Island was one of the pivotal battles during the American Revolution and was fought in New York. 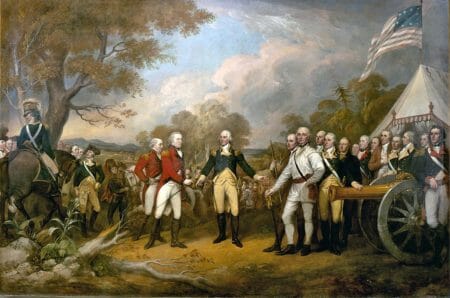 Without the defeat of the British at the Battle of Saratoga it's likely the Revolutionary War would have had a different outcome. New York was founded with the blood of patriots.About David LaPell

David LaPell has been a Corrections Officer with the local Sheriff's Department for thirteen years. A collector of antique and vintage firearms for over twenty years and an avid hunter. David has been writing articles about firearms, hunting, and western history for ten years. In addition to having a passion for vintage guns, he is also a fan of old trucks and has written articles on those as well.