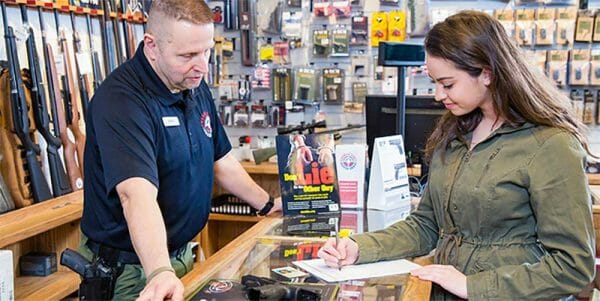 Fargo ND Investigates Removal of Zoning Ban on Selling FirearmsU.S.A. –-(Ammoland.com)- When some city residents of Fargo, North Dakota, applied to renew their Federal Firearms License (FFL), they were denied. The reason? Fargo had placed a ban on residential sales of firearms in 2001. Because the information in our digital society is so easily available, the Bureau of Alcohol, Tobacco, Firearms and Explosives, (BATFE) knew of this prohibition and was enforcing it. In Fargo, North Dakota, the city commission considered removing the two-decade old ban on the commercial sale of firearms from a residence. The ban was put in place as part of a planning and zoning code.  The City Commission meeting was held on 27 January, 2020. The discussion starts at about 8:00 in the video. North Dakota has a strong preemption law, which prohibits local governments from passing restrictions on the exercise of Second Amendment rights. The zoning code appears to violate the state preemption law. Some case law argues zoning law is exempt from state preemption. This may be the case when the law applies to all commercial sales, not  to  firearms sales alone. Commissioner Tony Gehrig explained how a person transferring firearms through an FFL generally worked to provide a useful service. A predominant question was: Why was this added to the code in 2001?  No one was certain. It was implemented by an ordinance amendment. Deputy Mayor & City Commissioner Dave Piepkorn thought it might have been about someone commercially reloading shotgun shells in their garage.  Piepkorn stated: My opinion, I am not comfortable with a gun store in my neighborhood. I don't want to get into the whole Second Amendment. Commissioner John Strand seemed dismissive of the idea of exercising Second Amendment rights as antiquated and old fashioned: I can't imagine why we are doing this. In this culture, in this day and age, do we want guns everywhere? Do we want bullets everywhere? Do we want ammunition everywhere? Do we want everybody packing guns? Is this where we are aiming? Give the comments above, the votes to investigate the removal of the ban of firearm sales in residential areas were predictable. Commissioner Piepkorn voted against investigating the possible removal of the ban. Mayor Mahoney voted to investigate removing the ban. Commissioner Gehrig voted to investigate the removal of the ban. Commissioner Grindberg voted to investigate the removal of the ban. Commissioner Strand voted against investigating the removal of the ban. It was a close vote, with two votes against and three in favor of the decision.  This is in North Dakota and is a dubious ban on people being allowed to have a Federal Firearms license in their home. As Commissioner Gehrig noted, most FFLs in residences are for facilitating the purchase of firearms through the mail and over the Internet. An FFL in a residential area does the required background check with the FBI to facilitate the sale, just as a gun store anywhere else. Most neighbors of people with FFLs do not even know the neighbor has an FFL. This facilitates residents of the state in their legal purchase of firearms not commonly carried or available in the local gun store. Private citizens have the right to reload all the shotgun shells they desire without a Federal Firearms License. They are prohibited from selling them for profit unless they have the proper federal license. In Fargo, the City Commissioners are all voted for at large, by the whole city. There are four City Commissioners and the Mayor on the City Commission. About Dean Weingarten: