Irony. New York Democrats Will Decide Who is Mentally Fit to Own a Gun

Irony. New York Democrats Will Decide Who is Mentally Fit to Own a Gun 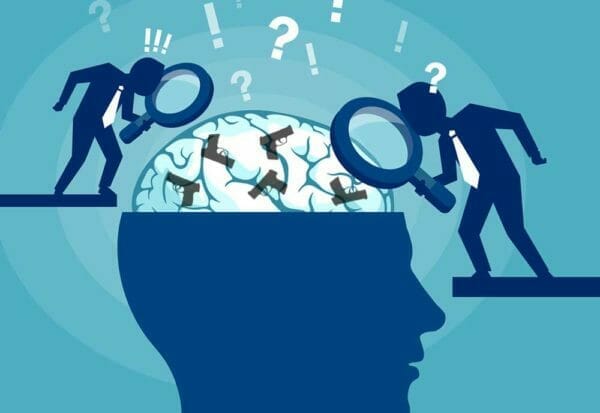 Irony. New York Democrats Will Decide Who is Mentally Fit to Own a Gun iStock-1050228748USA – -(AmmoLand.com)- A New York gun restriction bill sponsored by James Sanders Jr. (D) 10thSenate District, is in committee. It’s called Senate Bill S7065 and if passed, “would require a purchaser of any firearm, rifle or shotgun to submit to a mental health evaluation.” This law would put an additional burden on citizens and firearms retailers by creating more hoops to jump through prior to exercising the 2ndAmendment. Governor Cuomo and state Democrats desperately hope to sign into law, S7065, putting doctors in the position of determining whether or not New York residents would be allowed to own guns. The most dangerous portion of the Bill reads: “Section 3 amends section 7.09 of the mental hygiene law by adding a new subdivision (1) to require the commissioner of mental health to establish within the office of mental health an administrative process for the mental health evaluation of any individual prior to such individual's purchase of any firearm, rifle or shotgun. The commissioner shall promulgate regulations which shall include, but not be limited to, provisions relating to mental health professionals approved to perform the evaluation; the process for evaluation; and the development of a standardized form to be used by mental health professionals performing such evaluation to approve or deny an individual for purchase of a firearm, rifle or shotgun.” Already frustrated with their lack of ability to restrict gun-ownership, the American Medical Association has made it publicly clear that they will do whatever is necessary to prevent people from having guns. Dr. David Barbe said, “In emergency rooms across the country, the carnage of gun violence has become a too routine experience. It doesn't have to be this way, and we urge lawmakers to act,” According to CNN Health, “The country's largest physicians group voted to support nearly a dozen policies including:” The question is, how could these Doctors ever be trusted with this level of responsibility knowing how politically biased some of them are on the topic of guns? [They can't be.] This is exactly what gun-grabbing legislators in New York want; an organization that is already deeply intertwined in the most intimate portion of our lives to carry out the actions of gun-restriction. Knowing that 90% of criminals surveyed in prison avoid background checks altogether (DOJ study), how likely is it that they will follow Democrat orders and schedule their own mental health evaluation? This law would put an additional burden and risks on citizens and firearms retailers by making them susceptible to any number of system failures and politically biased mental health reviews while making them vulnerable to unnecessary felony violations in the process. Rather than work on mental health issues in New York, democrat legislators continue to avoid any attempts at fixing the problems that cause human violence and use the issue of mental health as an excuse to attack lawful gun owners and limit their ability to purchase firearms. It’s become clear that the New York State Legislature is not interested in stopping crime or saving lives. We know this, not by the words they use but by the actions they take. Two laws recently passed in New York State put into question Democrats’ intent to preserve life and keep people safe. The so-called “Reproductive Health Act” for instance, calls abortion a “fundamental right” and allows abortions through the third trimester, including up to the time of birth. The law removes protections for babies who survive an abortion procedure, meaning they could be left to die after birth. The “Bail Reform Law” eliminates cash bail for many offenses including criminally negligent homicide, reckless assault of a child, third-degree assault (hate crime), criminal possession or manufacture of methamphetamine, among many others. This law often puts criminals back on the street the same day they commit the crime. Upon governor Cuomo’s signing of this law, many criminals were automatically released from jail adding a further burden on New York residents and making the State much less safe. Under this new law, a 52-year-old New York man was released from jail after being charged with second-degree manslaughter, only to be arraigned on a murder charge after his release. At the same time, New York Democrats are setting criminals loose in our communities, the new mental health gun proposal would further ensure New York residents would be left unarmed and helpless when they come face to face with Cuomo’s newly-freed law-breakers. What could possibly go wrong? The 2ndAmendment is not a privilege. It’s your right.
Dan Wos
Author – Good Gun Bad Guy
www.goodgunbadguy.net